This is a continuation of our blog on Egypt and Its Vibrant Culture. In the first part, we’ve looked at some of the characteristics of the Egyptian culture and if you haven’t read it yet, you can do so here. In today’s article we will continue with the features of this mesmerizing culture and also uncover the customs and traditions. Enjoy!

Pyramids, mastabas, hypogeums and temples are a relevant element when talking about the appearance of this nation. Moreover, any tour guide will tell you that this is an essential element to see in Egypt. There are about 40 pyramids that served as tombs for pharaohs and their relatives. The most popular are those located near the city of Memphis in the Giza Valley: the Pyramid of Cheops, the Pyramid of Khafre and the Pyramid of Menkaure.

The mastabas are the places where the mummified bodies of the nobles were buried. They have the shape of a truncated pyramid. The hypogeums are found near the slopes of the mountains, they are tombs for people who were rich and privileged in life, while the temples were built for the worship of the gods and are characterized by their majestic appearance.

For the other types of construction, baked bricks, fine sandstone, granite and limestone were used. They were decorated with hieroglyphic and pictorial structures inside and outside. In modern Egypt, the architecture has a style related to the Mediterranean, Africa and the Middle East.

The architects of this country are trying to rebuild their identity with quite avant-garde designs. Discover each of Egypt’s cities to get your own vision of the evolution of Egyptian architecture! We also invite you to take a look at projects such as the Kattameya Dune Palace, Alejandrina Library, and Wadi El Gemal Visitors’ Center, which are bursting with luxury and good taste throughout.

Egypt is considered the cradle of ancient civilization because, among other things, they were pioneers in the development of iconic branches of science. In this regard, the Egyptians laid the foundations of arithmetic and geometry and determined triangles and rectangles to form squares.

Likewise, they discovered the planets (because the aspect of the sky had religious and mythological importance), the four cardinal points, the calendar and some known celestial maps are typical of the Egyptian culture. As if this were not enough, they treated the typical illnesses of the time, under the influence of superstitions and the power of amulets, and the most extraordinary thing is that they excelled in the techniques of embalming and mummification of bodies.

Customs and Traditions of Egypt

Al Mawlid al-Nabawi or the Birthday of Muhammad 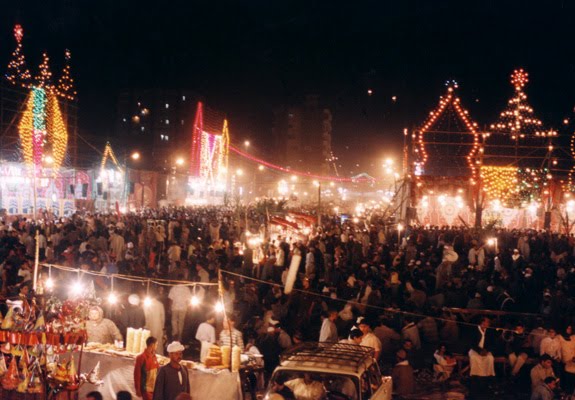 This is a tradition that dates back to the 10th century. On this day, Egyptians prepare to celebrate the birth of Muhammad, the prophet of Allah. It takes place on the 12th day of the third month of the Muslim year, according to the lunar calendar. Despite its deeply religious connotations, this festival also has political connections.

It is probably one of the traditional festivals in Egyptian culture about which more information is available. Indeed, it arouses a lot of curiosity among tourists from all over the world. What do they do on the anniversary of Muhammad’s birth? They hold parades, recount passages from the Qur’an, perform dances and songs, and reveal the adventures of their ancestors.

The origin of this festival goes back to the beginning of civilization. It is dedicated to one of the main symbols of Egypt: the Nile. It is common for the settlers to perform rites and fasts. Everyone participates in this festival! There is a myth around the Wafaa Al Nil, as it is said that in ancient times, a virgin woman was sacrificed by drowning her in the Nile as an offering to the gods to help them get good food.

They still do this sacrifice, but without a human woman. Nowadays, a doll made of wood or clay is used. On the other hand, during this festival, painting contests, poetry sessions, seminars and music concerts are organized. The date on which this event takes place is September.

Do all these sound exciting and do you want to discover Egypt? With all the information you now how, you can travel there and will know exactly what to visit and what to expect. Do you want to know more about their customs and traditions? Come back to check the last part of our article.

« Why Canada Is the Best Place to Migrate to as a Queer Person  » Long Car Journey: All Our Advice!