Do you wish to visit beautiful places in India and get divine blessings? Do you wish to witness the unique culture of India? Do you wish to take souvenirs of the breathtaking ancient architecture of Temples in India? If so, then you must visit these unique Indian places at least once in your lifetime. Some of India’s most famous and cheap religious places include Shirdi, Varanasi, Haridwar, Somnath Temple, and more. 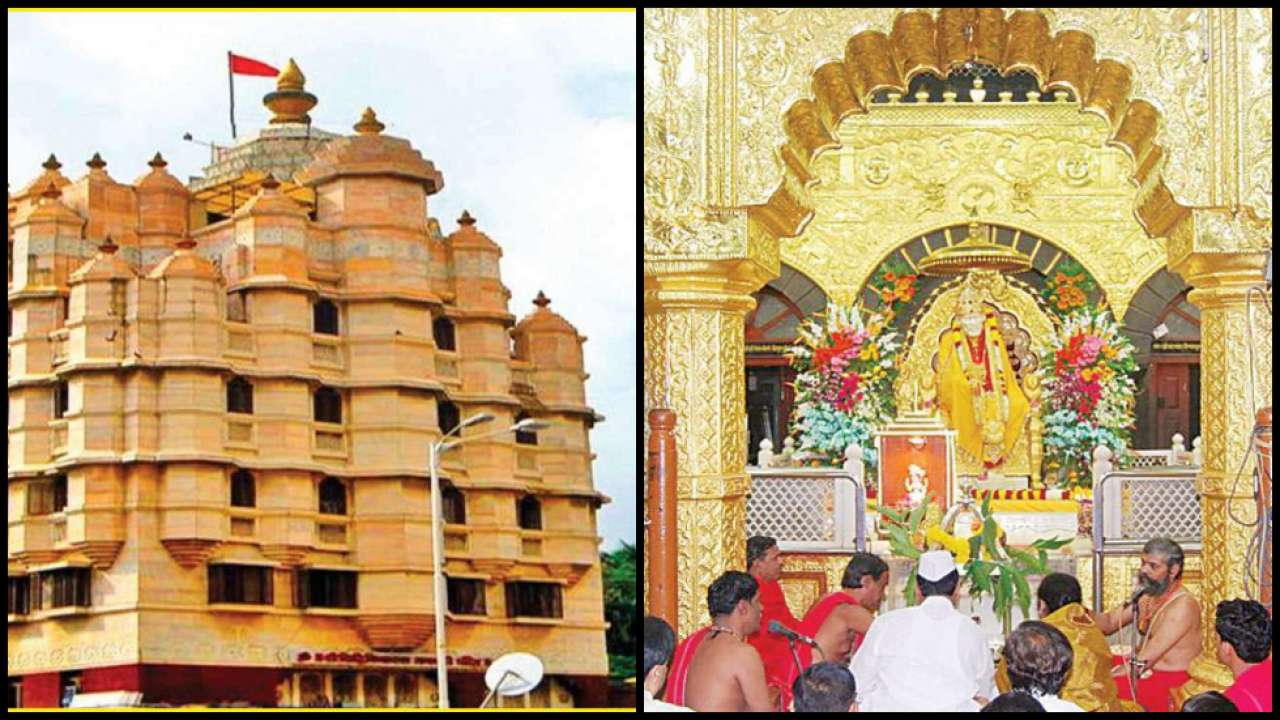 Shirdi is a city in the state of Maharashtra. Shirdi’s greatest claim to fame is as the birthplace of the 19th Century spiritual guru Shirdi Sai Baba. It is believed that Sai Baba was responsible for a great many miracles and he is credited with helping people deal with deprivation, trauma and depression. Visiting Shirdi is therefore a must for people looking to honor this great man and hear firsthand accounts of his deeds. 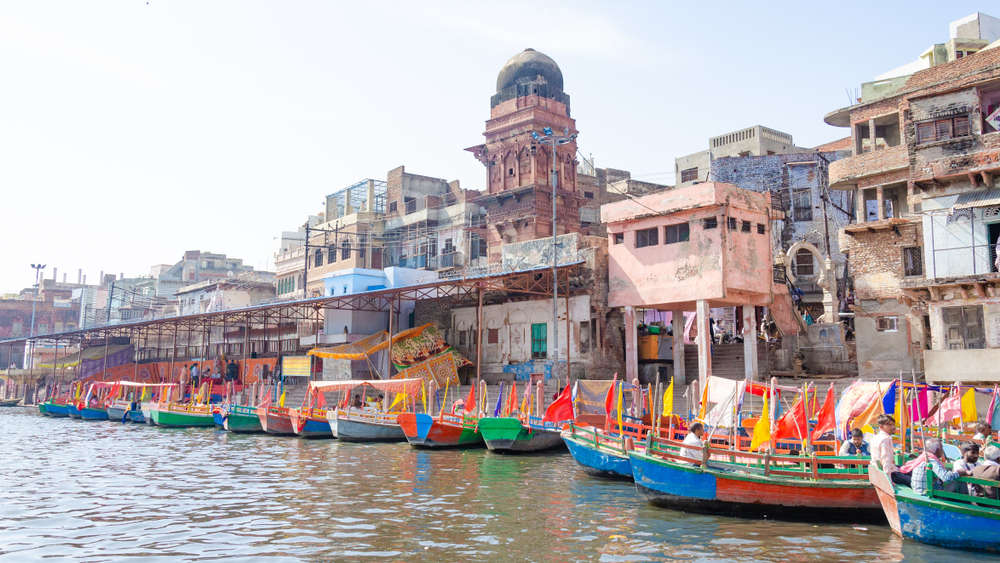 Mathura is a city in the State of Uttar Pradesh. The culture in Mathura has permeated all major aspects of Indian history, society, religion, archeology, art and sculpture. One of the ways in which Mathura has influenced the greater culture of India is through ‘Sanjhee’, which is the art of decorating the ground with colourful flowers. Mathura is also regarded as the hometown of Lord Krishna, one of the major deities in the Hindu Pantheon. This city has several legends and myths to reveal to visitors arriving from different parts of the globe. 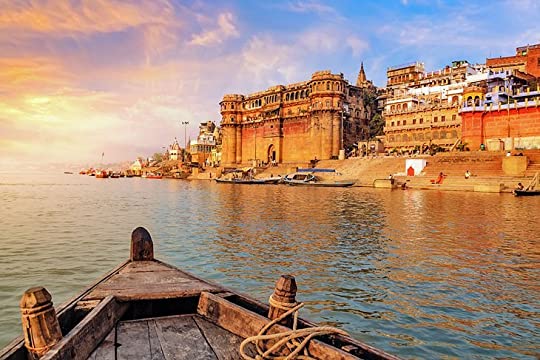 Varanasi is known to be the oldest living city in India. It is located in the middle of theGanges valley in the state of Uttar Pradesh. Varanasi is believed to have been the home of Lord Shiva – one of the Holy Trinity of Hindu Gods. Throughout the ages, Varanasi has produced master artisans and has earned fame for its sarees and handicrafts. Upon arriving in this mythical and mystical city, you will discover the mythology, geography, socio-economic aspects, and history of the monumental ghats along the banks of the holy Ganges river. Varanasi is rich in folk music, both vocal and instrumental. It also has its unique dance tradition. Varanasi’s traditional musical fairs and soirees cannot be missed, along with its snacks and refreshments. 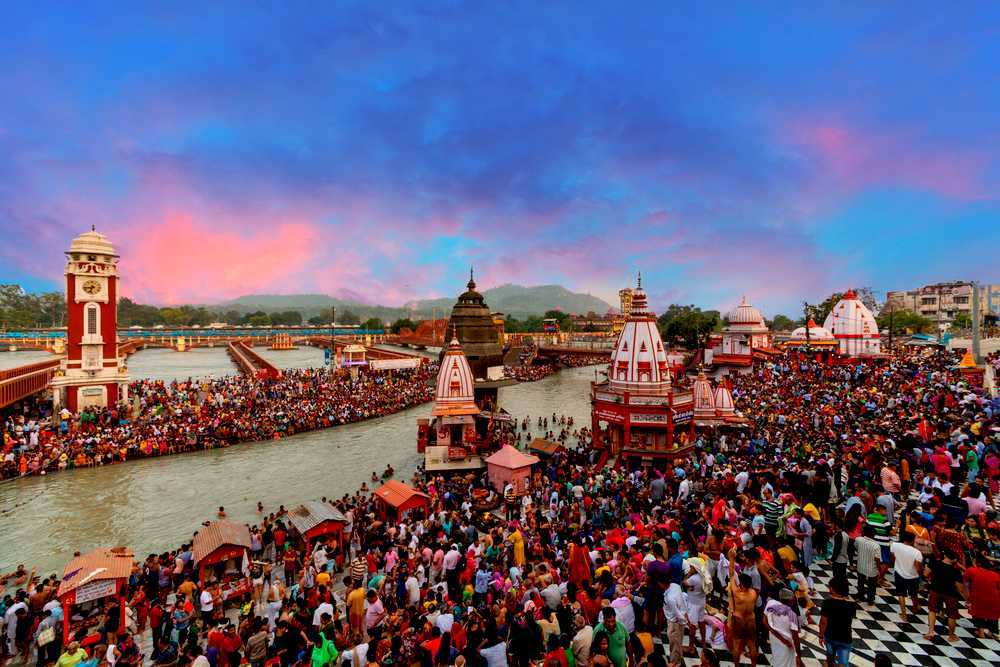 Haridwar is the second-largest city located in the state of Uttarakhand. It is famous for hosting an event known as the ‘Kumbha Mela’ during which millions of tourists congregate to perform ritualistic bathing on the banks of the Ganges. Tourists visit this place for the famous ‘Ganga aarti’, which means worshiping the Ganges river every day from 06:00 pm to07:00 pm. 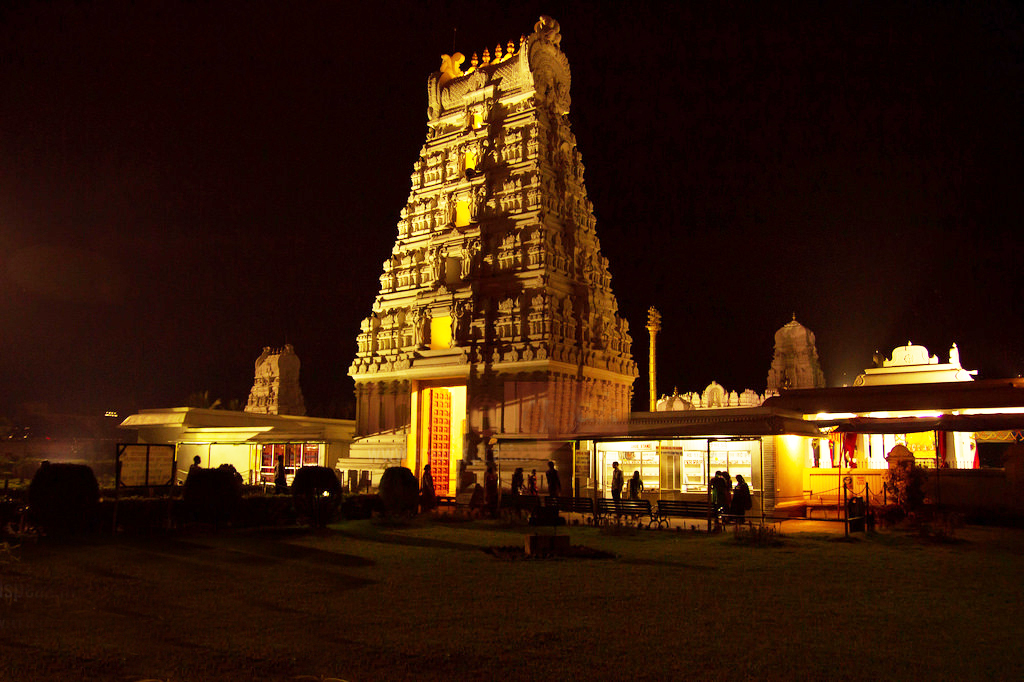 Tirupati is located in the southeastern part of Andhra Pradesh. It is also known as the abode of Lord Balaji. Tirupati is famous for the Venkateswara temple, the busiest pilgrimage center in the world, found in the sacred Tirumala hills at an elevation of 860m. Tirupati has for centuries remained a divine destination and this feeling grows as one goes around the various temples and spots of natural beauty of this city. 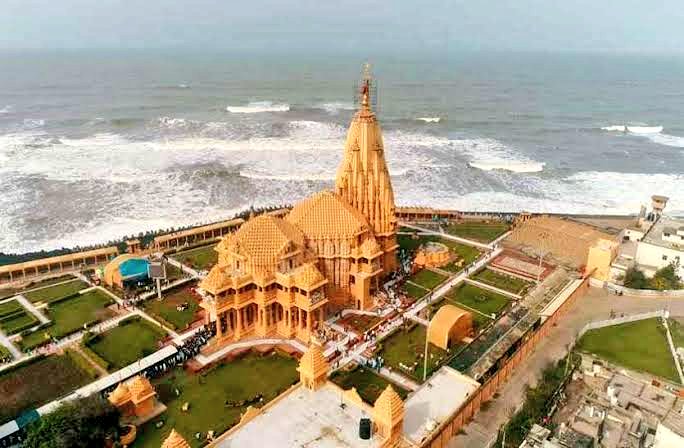 The Somnath Temple is an intricate, honey-coloured temple that has stood in the state of Gujarat for over 2000 years. The temple is a 155ft high, seven storied edifice, carved in the traditional Chalukya architectural design, and is said to be positioned in such a way that not a single patch of land is visible from the Somnath coastline to Antartica. 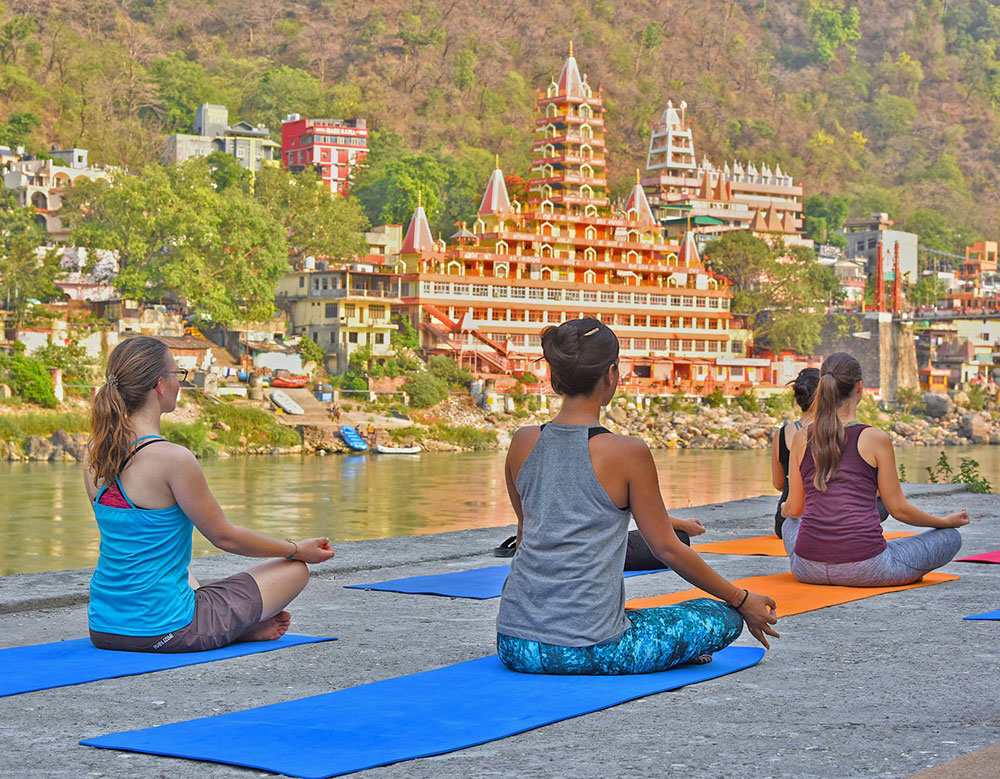 Rishikesh is located in the state of Uttarakhand and is the gateway to the Himalayas. Being on the bank of the river Ganges it is an ideal destination for adventure activities like rafting, trekking, rock climbing, kayaking, hiking, camping and bungee jumping. These make it the only place in the world equally popular for pilgrimage, yoga and adventure sports. The Sun temple is located in the state of Odisha and is a popular UNESCO World Heritage Site. It Is famous for its unique architecture. Its geometrical patterns and carved wheels are used to serve as sundials. One can witness three images of the Sun God Surya in three directions as the sundials catch the rays of the Sun at dawn, noon and dusk. 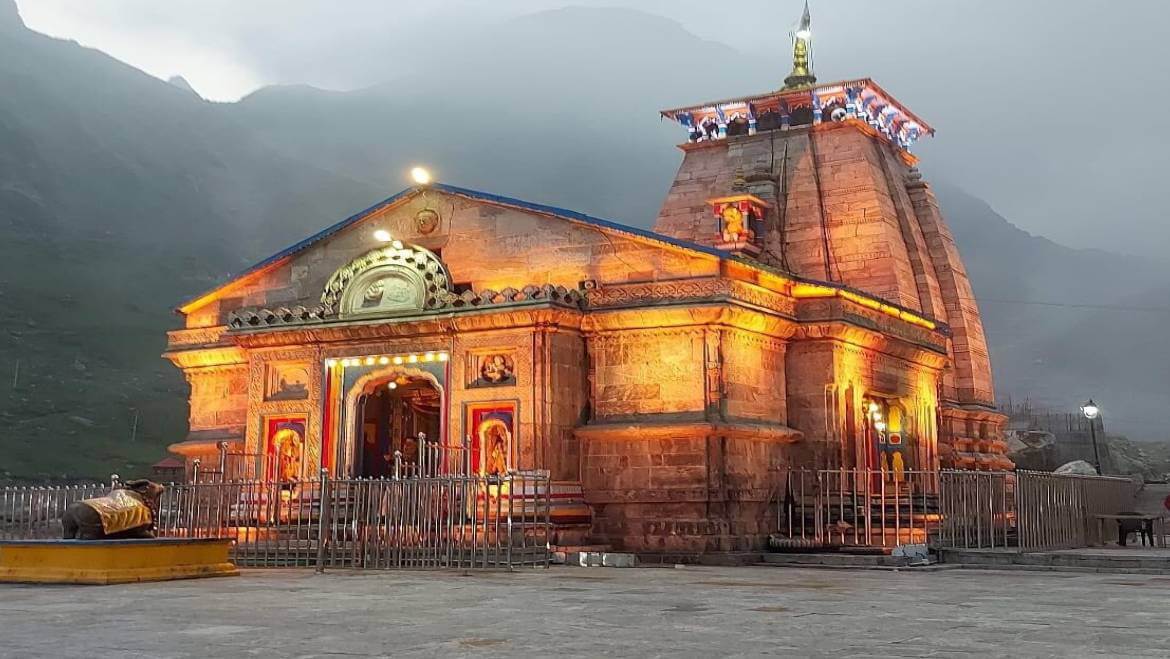 Kedarnath is located in Uttarakhand and is famous for its ancient Shiva temple, which is 3583 meters high up in the Himalayas. It is a serene place with a unique legend of the Mahabharata warriors resting after attaining victory. 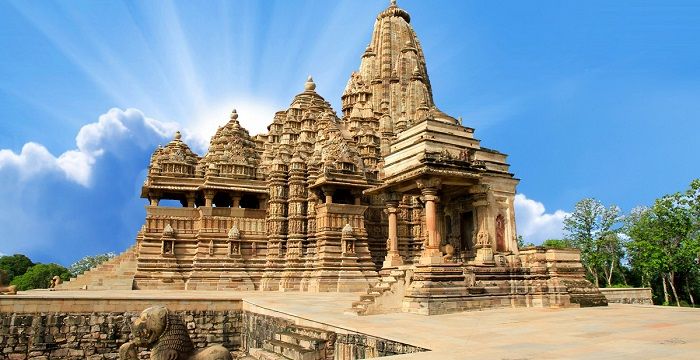 The Khajuraho monuments are situated in the state of Madhya Pradesh. The place is famous for its ancient ‘Nagara-style’ architecture and graceful sculptures of deities.

The Jama Masjid is located in Delhi. It is India’s largest mosque and a fantastic example of Indo-Islamic architecture. Built by the Mughal Emperor Shah Jahan, it is an essential part of Delhi’s history.

You will undoubtedly leave with divine blessings being showered on you as these sacred places are known for various miracles and inspiring history! Please do not forget to share your comments below.