You are used to the typical sandy beaches, or at most pebble beaches, which you have been going to since your childhood. But there are many types of beaches in the world. The landscapes they are surrounded by or the features they boast about can leave you speechless. In this article, we discover the most colorful, weirdest, and most incredible beaches in the world! 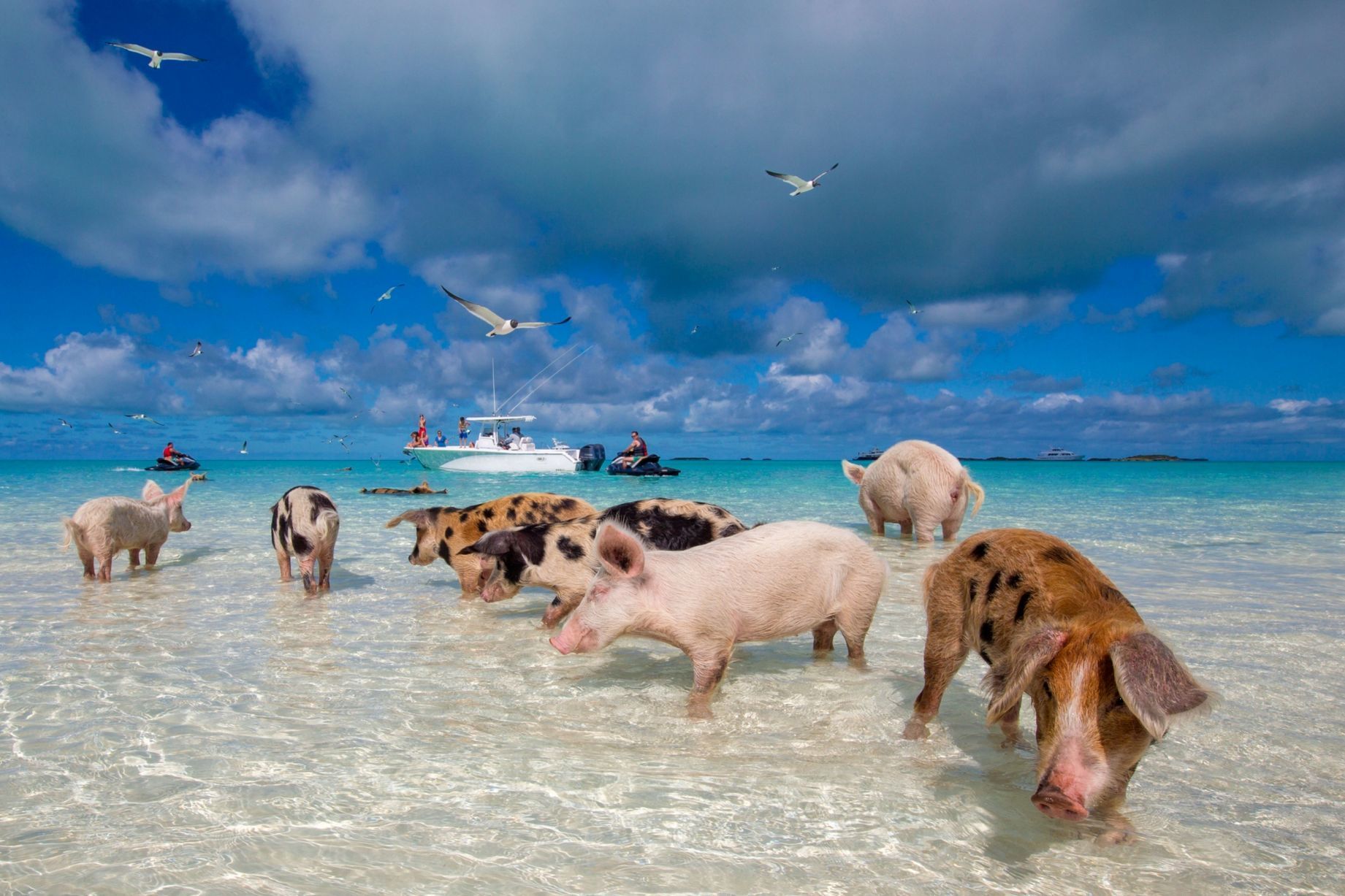 On the island of Big Major Cay (also known as Pig Island), in the Bahamas, there is a beach where cute pigs enjoy splashing around in crystal clear waters. Incredible but true!

The glass beach near Fort Bragg in California was formed from the trash that was dumped for years by the residents of the area and that the continuous movement of the waves turned into sand. Now the place is protected and no longer allowed to throw garbage, but this incredible glass sand remains.

Beach of the Cathedrals, Ribadeo, Spain

The incredible arches and buttresses of this beach in Spain give it the nickname of “beach of cathedrals. They were formed thanks to the insistent beating of water for thousands and thousands of years. 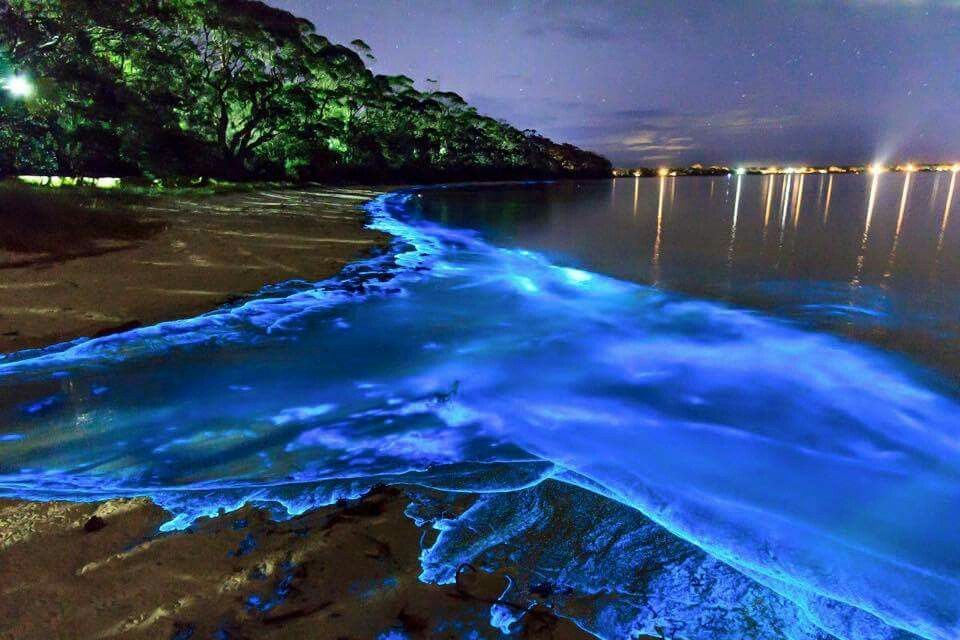 The phenomenon of sand that lights up at night is caused by a chemical process linked to the bioluminescent phytoplankton that accumulates on the shore of the island of Mudhdhoo. This beach therefore deserves to be visited at night!

This beach is a natural rocky outcrop located on the north east coast of Ireland. Huge rectangular stone blocks that nature has shaped over time, make it take on this incredible and geometric shape.

The boulders on this New Zealand beach are balls of sedimentary rock smoothed by the water and the endless beating of the waves on their surface.

Every year, endless rains flood the desert dunes of Lençois Maranhenses National Park creating a series of turquoise lagoons in the white sand valleys. The deserted beach persists until the water evaporates completely in October. If you look closely in the water, you will be surprised to find a variety of fish swimming, they are the result of an evolutionary adaptation of the periodic flooding and drying up of desert oases. Off the coast of Puerto Vallarta, on the Mexican side of the Pacific, there is an “invisible” beach formed inside an ancient volcanic crater. Imagine what peace to lie down and sunbathe in a place like this.

On the Portuguese island in the middle of the Atlantic Ocean, some of the few sandy beaches not full of rocks, such as the one called Praia Formosa, have the typical black sand of volcanic origin. A real show for lovers of dark tones.

Some include it in the ten most beautiful islands in the world. A cross-section of Canada with a Mediterranean atmosphere, eight hundred kilometers of sandy and red sandstone beaches, covered in summer with bright purple and pink flowers.

In this corner of Greek paradise, the color of the sand tends to pink and the sea water is transparent. We are in Elafonissi beach, on the west coast of Crete, a small island made of sand dunes, bushes and sea lilies. 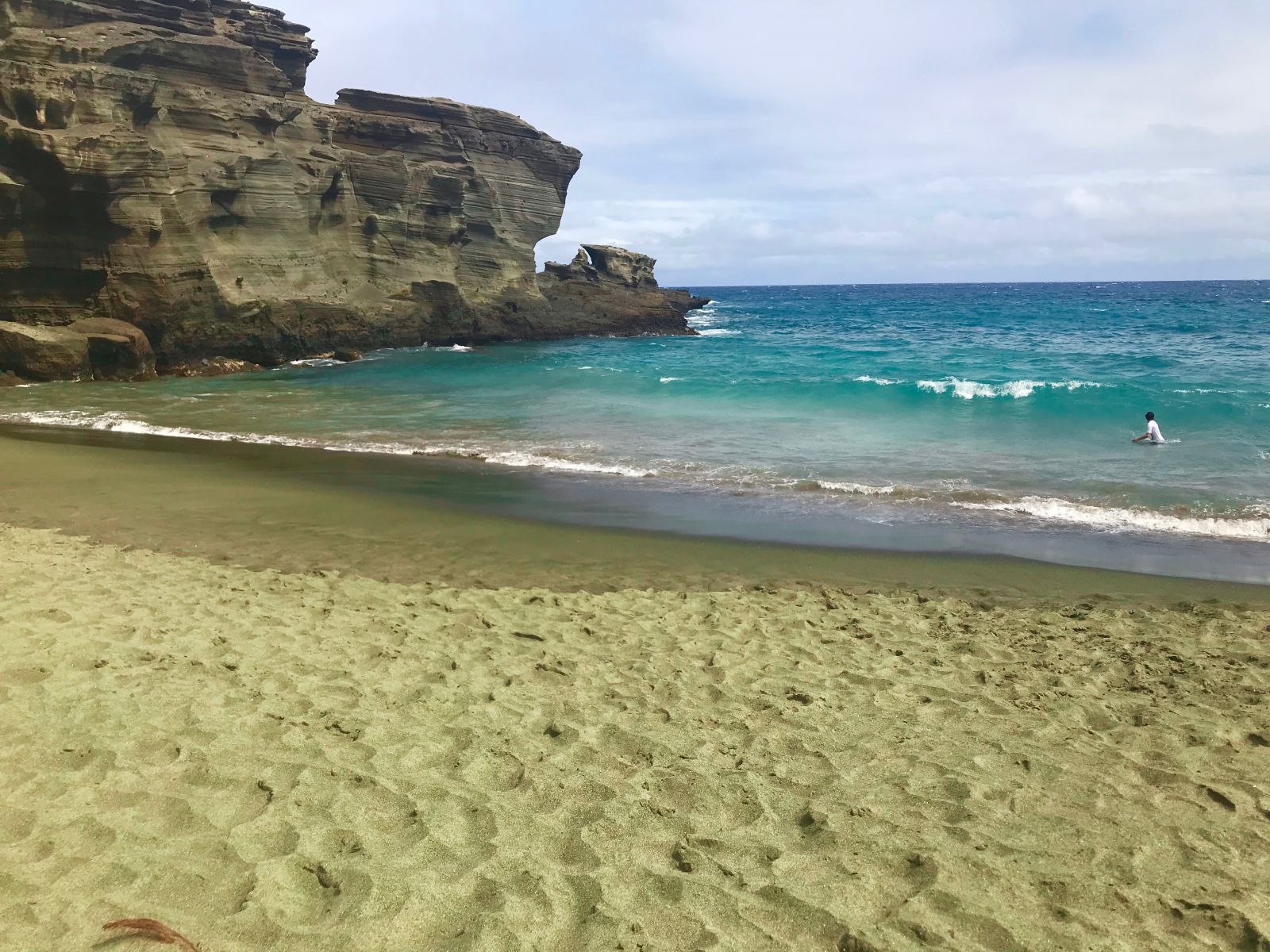 The green sand on this beach originates from olivine, which forms when the lava comes into contact with the sea.

Jökulsárlón is Iceland’s largest and best-known glacial lake. The colors of these small icebergs that can be admired from the shore of this particular beach range from turquoise to deep blue, but also yellow due to the sulphide of volcanic origin, black due to the ash, and obviously white, in different shades.

Have you ever been to one of these beaches? Or do you know of other equally spectacular ones? Leave a comment below!