Religious Tourism – Sacred and Religious Places to Travel to (Part 2)

Religion can be defined as the belief and worship in a supreme being or power. The modern concept of religion was created in the 16th or 17th century. Even though many of us don’t believe in specific religious systems, we often feel the need to visit these sacred places to feel connected with nature and find inner peace. 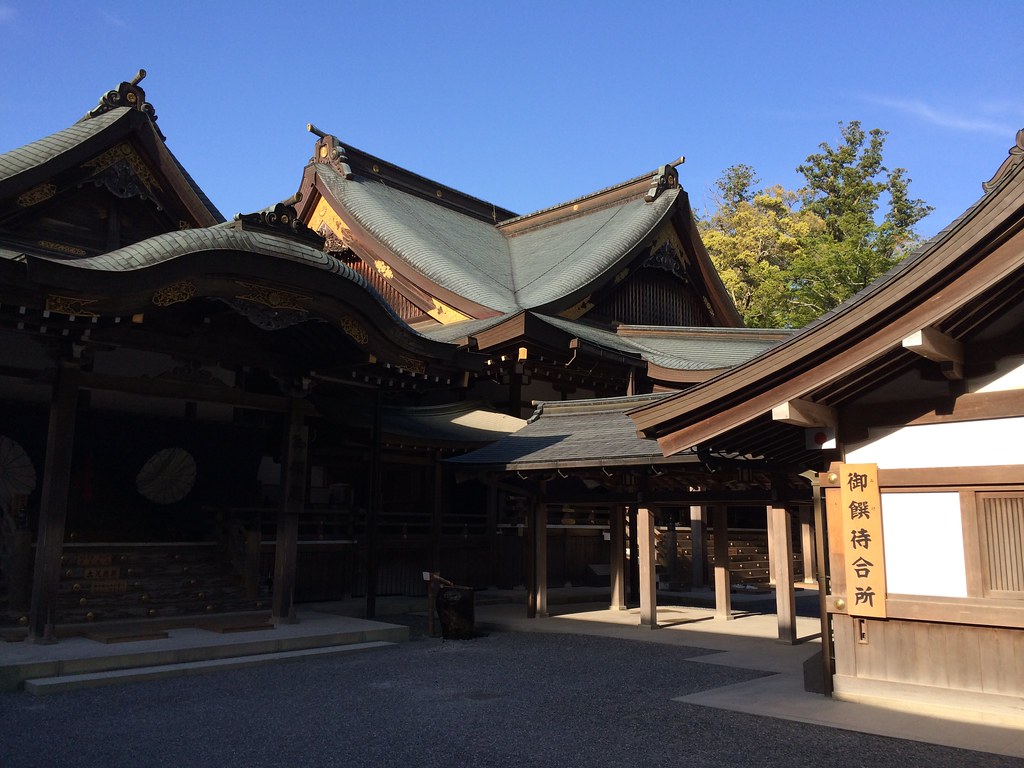 You have often heard about Christianity, Hinduism, Islam and Buddhism. But what about Shinto?

Also known as Kami-no-Michi, Shinto is a polytheistic religion that originated in Japan. Compared to other religions, it does not have any founder and holy scriptures like the Bible or the Quran. The gods of Shinto are called Kami and they are sacred spirits that take the form of many things such as wind, rain, trees, mountains and so on. It is also believed that after death, human beings become Kami and are revered by their families. In Shinto, one of the most essential Kami is the Sun Goddess Amaterasu

Now, let us look at one of the most sacred Shinto shrines. Found in Mie Prefecture, Japan, the Ise Grand Shrine is a holy site dedicated to the Sun Goddess Amaterasu. As per the Chronicles of Japan, the second-oldest book of classical Japanese history, the shrine dates back almost 2,000 years and is now considered the most culturally eminent shrine in the Land of the Rising Sun.

The shrine consists of two main ones, the Inner Shrine, Naikū and the Outer Shrine, Gekū and they are made up of solid Japanese cypress wood. The shrines are surrounded by ancient forests, mountains and gravel paths. Visitors will be amazed by the exquisite beauty, harmonious environment and tranquillity of the shrine. 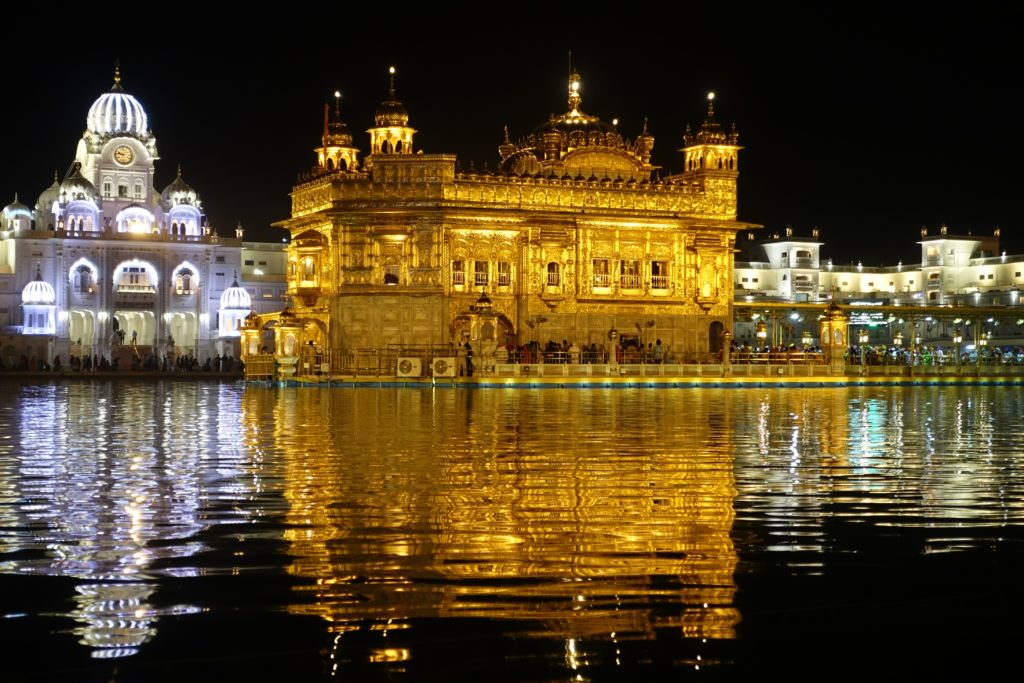 Situated in the Punjab city of Amritsar, India and built around a human-made pool, the Golden Temple is the chief Gurdwara and house of worship for the Sikhs. In 1604, the Harmandir Sahib was built by Guru Arjan, the fifth Guru of Sikhism. It was placed intentionally on a lower level so as even the humblest people had to step down to enter it. It includes entrances from four sides as it symbolises that irrespective of caste, creed or race, all worshippers can seek spiritual solace. However, the temple faced a lot of persecution and was repeatedly destroyed by the Mughal and Afghan invaders. And finally, in 1809, Maharaja Ranjit Singh rebuilt the temple and overloaded it with gold foil, given rise to the name of the Golden Temple.

The Golden Temple became the centre of conflict between the Indian government that was at that time led by Indira Gandhi, some Sikh groups and a movement led by Jarnail Singh Bhindranwale, who wanted to create a new nation named Khalistan. Today, the Gurdwara has been nominated as a UNESCO World Heritage Site and nearly 100, 000 people visit this holy temple for worship or for pilgrimage. 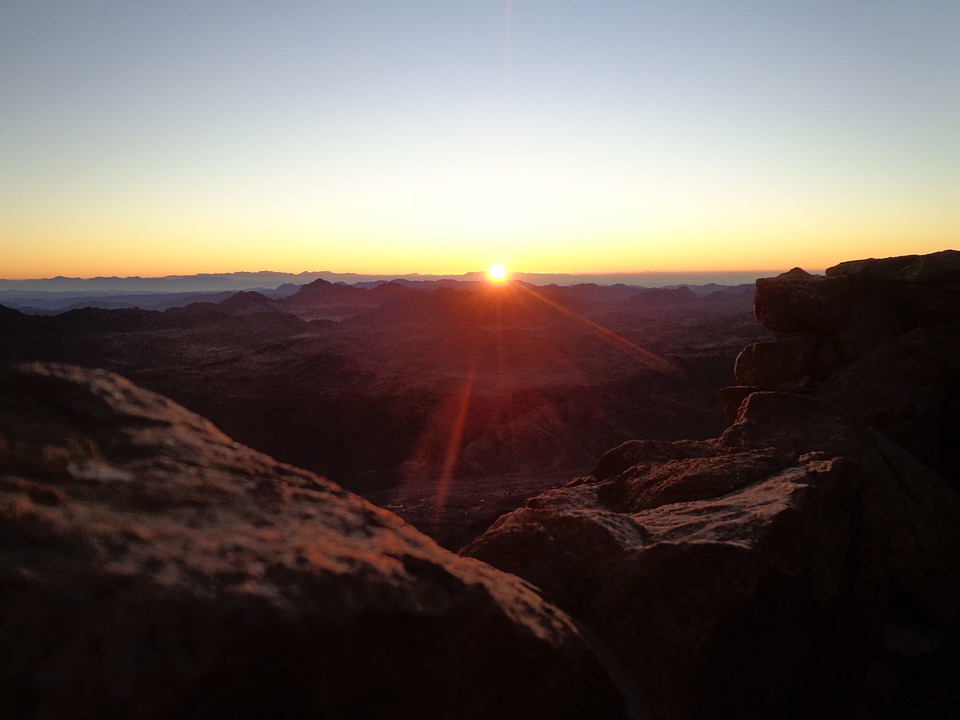 “And the Lord said to Moses, “Go to the people and consecrate them today and tomorrow. Have them wash their clothes and be ready by the third day, because on that day the Lord will come down on Mount Sinai in the sight of all the people.”

Also known as Jabal Musa, Mount Sinai is a mountain found in the Sinai Peninsula of Egypt. This 2,285-metre mountain is located near the city of Saint Catherine and is considered as a holy and sacred mountain for the Jewish, Christian and Islamic religions. For instance, according to Christianity, it is the mountain God gave Moses the Ten Commandments.

Below you will find an extract from the Bible in Exodus 19:2 and 24:16 where the Mount Sinai is described:

“Sinai was enveloped in a cloud, it quaked and was filled with smoke, while lightning-flashes shot forth, and the roar of thunder mingled with the blasts of a trumpet.”

Do you feel like taking a trip to one of these sacred places? Please share your comments!