Little known to travelers, Mayotte is a French island of 8,000 km from the metropolis, has an abundance of endemic fauna and flora. Located between Madagascar and Africa, Mayotte is indeed a magical destination. The Petite-Terre and Grande-Terre are the two main islands that makeup Mayotte. The beauty of these two islands will seduce travelers in search of nature and traditions, magnificent underwater playgrounds, and fine gourmets.

If you are interested in knowing more about Mayotte, then it is the right place as we are about to give all the info about enjoying yourself in a blend of Africa and France.

1. The most beautiful lagoon in the Indian Ocean – As one of the largest in the world, Mayotte’s lagoon is one of the most beautiful places that you will surely love. The double reef barrier extends for nearly 195 km long by measuring 100 to 500 meters wide and is between 3 and 15 km from the coast. You can dive in Mayotte, where you can observe a tropical fauna and flora of outstanding beauty with a different ecosystem day and night. Mayotte has up to four meters difference between the low and high sea.

2. Beautiful passes – A famous S pass is a geological and biological curiosity that explains why it is so beautiful. A popular site for scuba diving spots, many advantages have depths and underwater landscapes. From 60 to 80 meters deep, the passages are usually recommended for experienced divers, as the currents can be intense during periods of high tide.

The lagoon passes, and areas off Mayotte’s coast are the gateway for 24 species of marine mammals. Many local structures and diving centers, therefore, offer day trips to observe these wild animals.

Dolphins are one of the lagoon’s essential species, and several colonies of dolphins live there throughout the year. Bottlenose dolphins and humpback whales stay in the lagoon. Long-beaked dolphins, Fraser dolphins, Electra dolphins, and spotted dolphins, on the other hand, develop outside the lagoon. Tourists regularly see large groups of 500 individuals of the latter species.

From July to October, the lagoon of Mayotte holds many surprises. Humpback whales return from Antarctica and give birth in the lagoon’s warm waters, where they find rest and protection for their calves. It is an unforgettable sight in many ways. 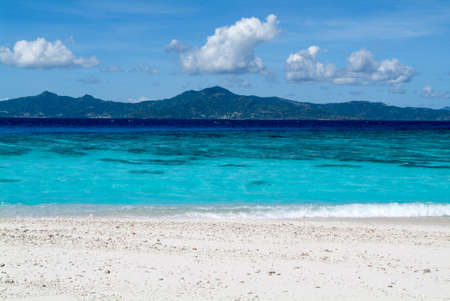 Mayotte has an extraordinary biodiversity, one of the richest in the world on and under the water. The island has many reserves to protect its enormous heritage as much as possible.
There are about 140 species of birds, 15 species of mammals, and dozens of species of reptiles on land.
Underwater, there are 250 different coral species, 760 species of tropical fish, and no less than 3,616 marine species, but this figure is greatly underestimated.
Mayotte is also home to a small dugong population, estimated at less than ten individuals, and thus seriously endangered. Sea turtles – green turtles and hawksbill turtles – are also among the lagoon’s flagship species and are protected as such.
Sharks are also well represented in Mayotte: 24 species of sharks populate the island’s waters, including the gray reef shark, the whitetip shark, and, occasionally, the hammerhead or bulldog shark.
Finally, from February to June you can swim with manta rays. These marine animals can reach a wingspan of 7 meters at a weight of 1 ton and choose their residence in the lagoon. Equipped with mask snorkel fins, you can approach and observe them as they feed in the transparent waters of Mayotte.

5. A limited number of tourists

Mayotte attracts “only” 60 000 visitors each year in a territory of 376 km2. Calm, vast spaces, intoxicating smells, and a wild nature that offers many adventures!

6. An island formed by volcanoes

Mayotte is the result of the union of two volcanic edifices formed about 15 million years ago. The island is a real delight to the eye. It offers a wide range of colors: ferritic coasts, cultivated valleys, mountain ridges, black rocky reefs, white beaches and islets, rare geological formations such as padzas, lush forests… The two islands that make up Mayotte also offer themselves hiking. On Petite-Terre, the brave will become the Dziani Dzaha, volcanic crater more to make the turn and admire on the east side the Coral reef. On Grande-Terre, two peaks await climbers: Mount Combani in the center of the island and the imposing Mount Choungui in the south, at the summit of which you will discover a magnificent 360 ° panorama.