7 Incredible Places To Visit in Nottingham

Famous for the legend of Robin Hood, as well as being the former home of Lord Byron, Nottingham is a city that is proud of its rich heritage. Historical and cultural credentials include a 17th-century castle and a medieval labyrinth of caves. A pair of stone lions watch over the 1920s Council House in the Old Market Square, while a statue of Robin Hood stands proudly below the castle.

Nottingham is proud of its connection to Robin Hood, and Sherwood Forest sits to the north of the city. However, this ancient woodland has so much more to it than legendary men in tights; it was a former royal hunting ground and is home to the 1000-year-old tree, the Major Oak, the Sherwood Forest Golf Club, which is one of England’s best courses, and some great Nottingham hotels.

Here are some other great things to see in this lovely city:

Yes, this nature reserve is named after our beloved Sir David Attenborough. This automatically makes it one of the best places to visit in Nottingham, right? In fact, he opened the park himself in 1966! Best known for being home to a number of bird species, Attenborough Nature Reserve provides many rarely sighted birds with a home. The reserve covers an enormous 350 acres and is located on the site of what was once a former gravel pit. It has since been converted into a hub for flora and fauna.

The reserve is run by Nottinghamshire Wildlife Trust which does fantastic work to help preserve the wonderful wildlife in Nottinghamshire. Located less than 4.5 miles away from Nottingham’s city center, it’s one of the best places to visit in Nottingham for those able to travel a little bit out.

Wollaton Hall is a spectacular Elizabethan mansion set on extensive grounds where deer can be found roaming freely. The Hall was the setting for Wayne Manor in the Batman film The Dark Knight Rises. And with all its grandeur it’s not hard to see why.

The Hall is also home to Nottingham’s Natural History Museum, which has been located here since 1926. It also houses the Nottingham Industrial Museum, meaning there’s plenty of history to explore inside the walls of this stunning building!

Daily tours of the Hall are available to visitors, and while wandering through the rooms of the Hall, you’ll feel like you’re living in your very own period drama. Trust me! Wollaton Hall also has its very own walled botanical garden, which is situated by the stable block and is maintained by volunteers.

The Lace Market area of Nottingham was once the center of the lace industry in Britain. These days, it is one of Nottingham’s most important heritage zones, and the beautiful red-brick buildings are home to some of the city’s best shops and restaurants. As well as lace-makers, of course!

Along with Hockley, the Lace Market is the oldest area of Nottingham city, having over one thousand years of history coursing through its streets. You can book a walking tour of the streets at the Tourism Centre if you so wish. But it’s equally fun to roam the pretty district of your own accord, keeping an eye out for one of the many hidden gems.

Hockley is Nottingham’s bohemian hotspot, and its Victorian buildings house everything from tattoo parlors and record stores to second-hand bookstores and vintage clothing stores. Some of the most amazing places to visit in Nottingham are tucked away in the streets of Hockley.

So it should certainly be on your list of places to visit while you’re in Nottingham. One such gem can be found in the shape of Broadway Cinema, which is a cultural leader for independent cinema, arts, and technology in the Midlands.

Hockley hosts various festivals and events throughout the year, including the popular multi-venue music festival Hockley Hustle. The district is also brought to life during the city’s Pride event each year.

No trip to Nottingham would be complete without paying a visit to the oldest inn in Britain, Ye Olde Trip to Jerusalem. One of the best indoor activities in Nottingham, you can tie it in with a trip to Nottingham Castle, as it’s nestled below the castle, tucked into the towering sandstone cliffs.

There are loads of cozy nooks and crannies in this lovely little venue that take you back in time. When you visit, you really feel as though you can feel the history of the place seeping out of the walls. It’s quite fun to think you could be sat in the same seat as a famous knight once sat before heading off to battle!

History aside, it’s just an all-around nice pub. So if you’re craving a good pint after a long day of seeing the sights, then make your way down here and relax. 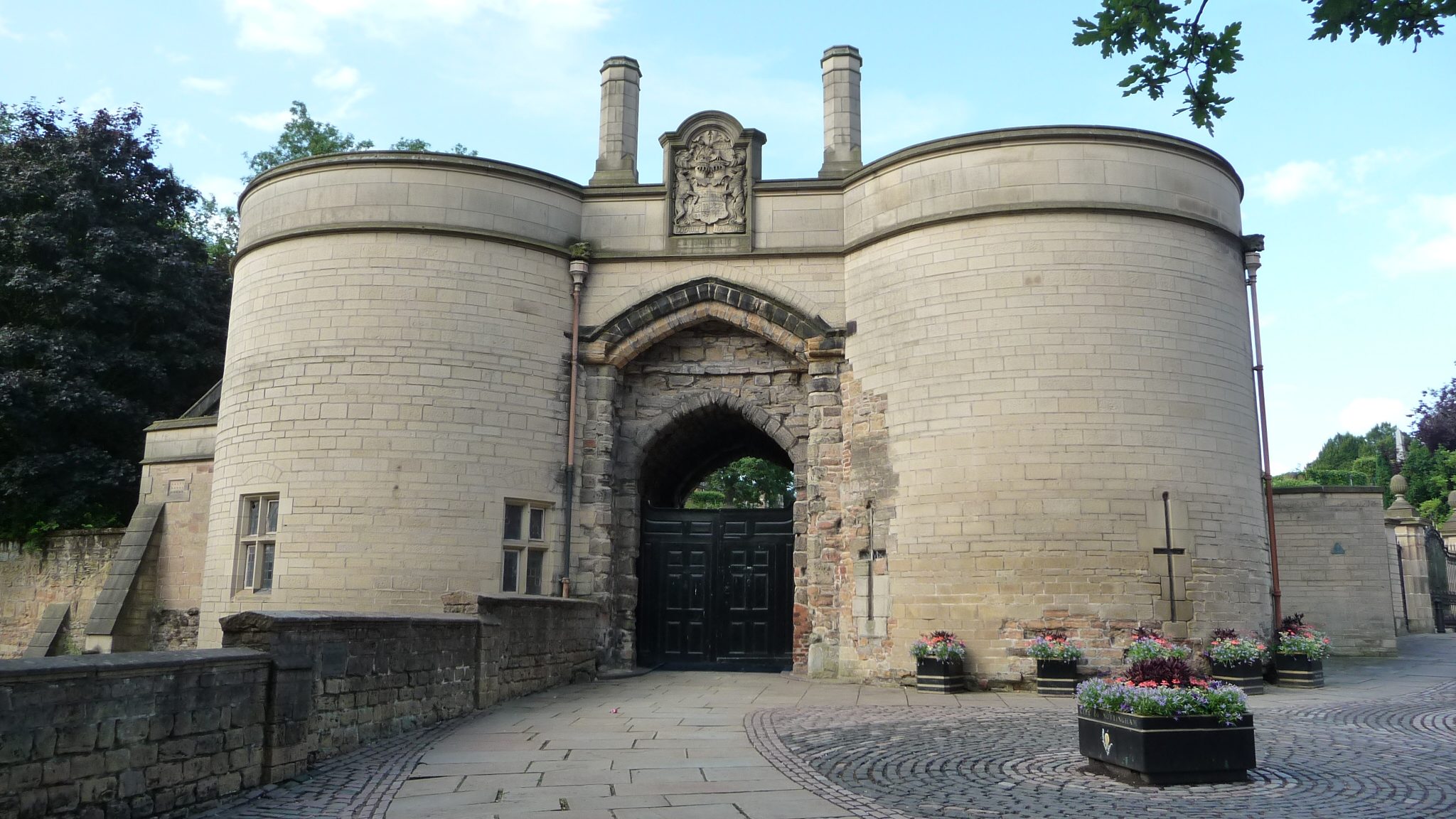 The striking Nottingham Castle sits atop Castle Rock and has 40-meter-high cliffs to its eastern and western sides. It has been around in some format or another since 1067, so if you want to walk through a piece of living history, then this is the place to do it.

The castle has staged many a historical event in its time, including the final showdown in the legends of Robin Hood. Fine art from across Europe can be seen in the Long Gallery of the Castle, and the display includes some fantastic works created by artists from Nottinghamshire itself.

The castle has also been used as a royal residence from time to time in the past. So if you want to follow in the footsteps of royalty, then make your way to Nottingham Castle for a dose of royal life.

This beautiful Victorian park was opened by the Sheriff of Nottingham in 1852, and it has a certain magical quality about it. It is Nottingham’s oldest public park and has remained largely unchanged since it was designed over a century and a half ago.

The park is home to over 800 trees from sixty different species. And as you wander through the trees you will come across small lagoons and cannons from times gone by. There’s also a stunning pagoda-style war memorial in the park’s center which houses a bell, said to be looted from a Cantonese temple.

J.M. Barrie, the author of Peter Pan, lived and worked in Nottingham in the 1880s, and it’s widely believed that the beautiful Arboretum inspired Barrie’s fictional setting of Neverland. What could be closer to a real-life fairy tale than that?

As you can see, there are so many fantastic places to visit in Nottingham. Whether you’re a tourist spending the weekend there or you’ve lived there all your life but haven’t got out to explore much of the city and its surroundings, I hope this list prompts you to go and see what else this lovely city has to offer!