The Mont-Saint-Michel: One of the Most Visited Sites in France

The Mont-Saint-Michel was classified as a world heritage site by UNESCO in 1979. It is located between Brittany and Normandy and is 3 hours 30 minutes from Paris. Surrounded by a unique bay and founded on a magnificent granite rocky island, it is the most visited site in France. 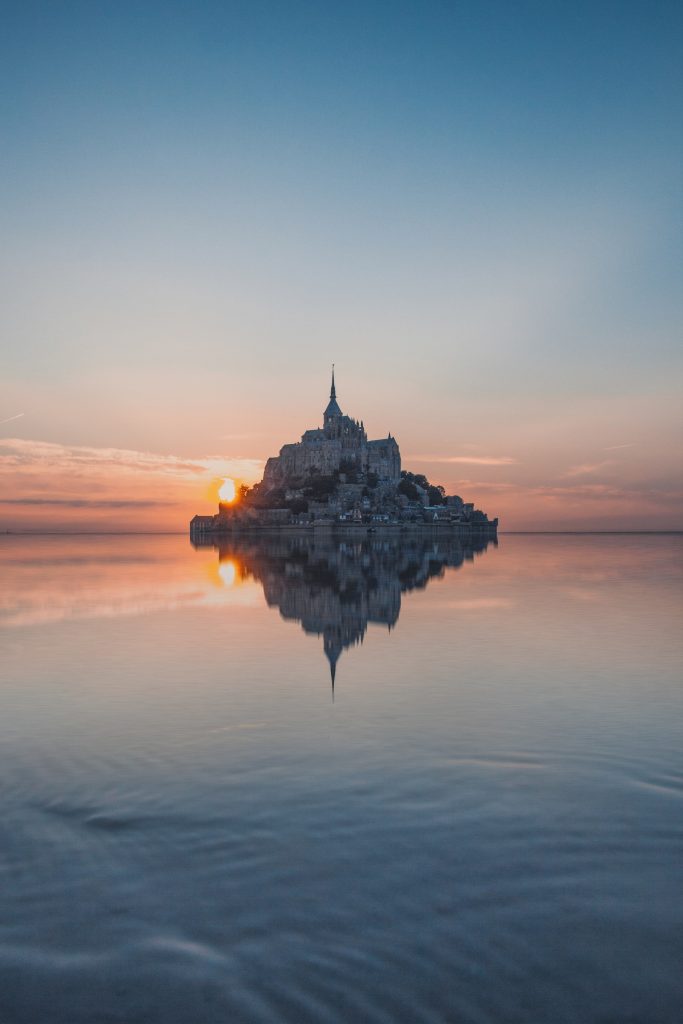 The granite rock of Mont Saint-Michel was initially been called Mont Tombe. In 708, the archangel Michael appeared in a dream to Saint Aubert, bishop of Avranches, and asked him to build a sanctuary in his name. In 966, a community of Benedictines established itself and built the first church. At the same time, a village began to develop below to welcome the first pilgrims. 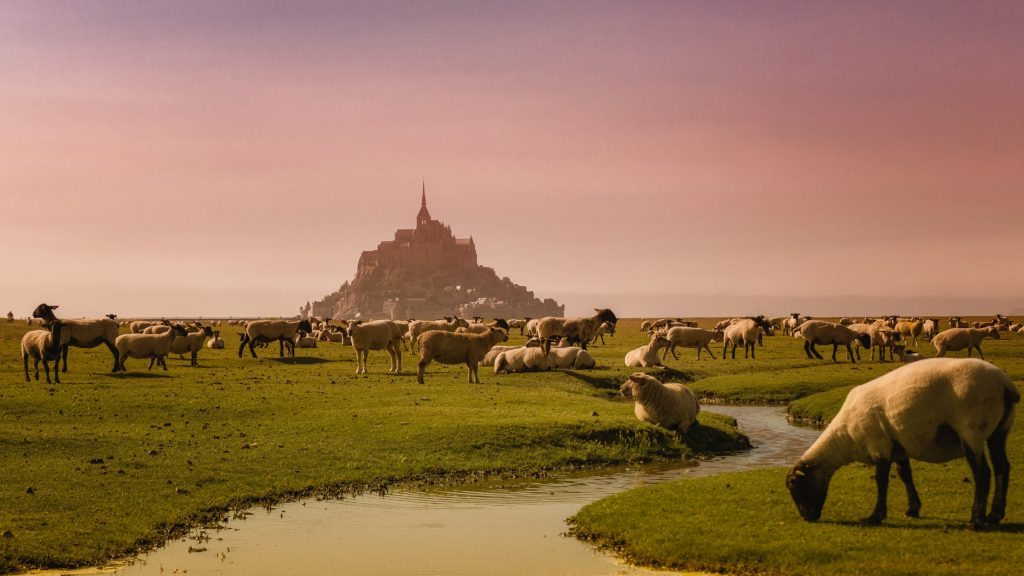 In addition, Mont becomes an island again for a few hours. This often happens when the tidal coefficient exceeds 110. This phenomenon occurs especially between March and April. You can find out about the tide times of the Mont-Saint-Michel online.

If you want to attend the high tide show, you have to arrive at the place two hours before the show’s beginning. This way, you will have plenty of time to find the best observation point. In any case, you can have a fantastic view from:

Make yourself comfortable, because it is not every day that you can see the sea rising at a very high speed. If none of these places suit you, you can always choose the bay. Indeed, this one has several observation posts, like:

There are different ways to get to Mont-Saint-Michel: via horse-drawn shuttles, foot, or motorized reversible shuttles. 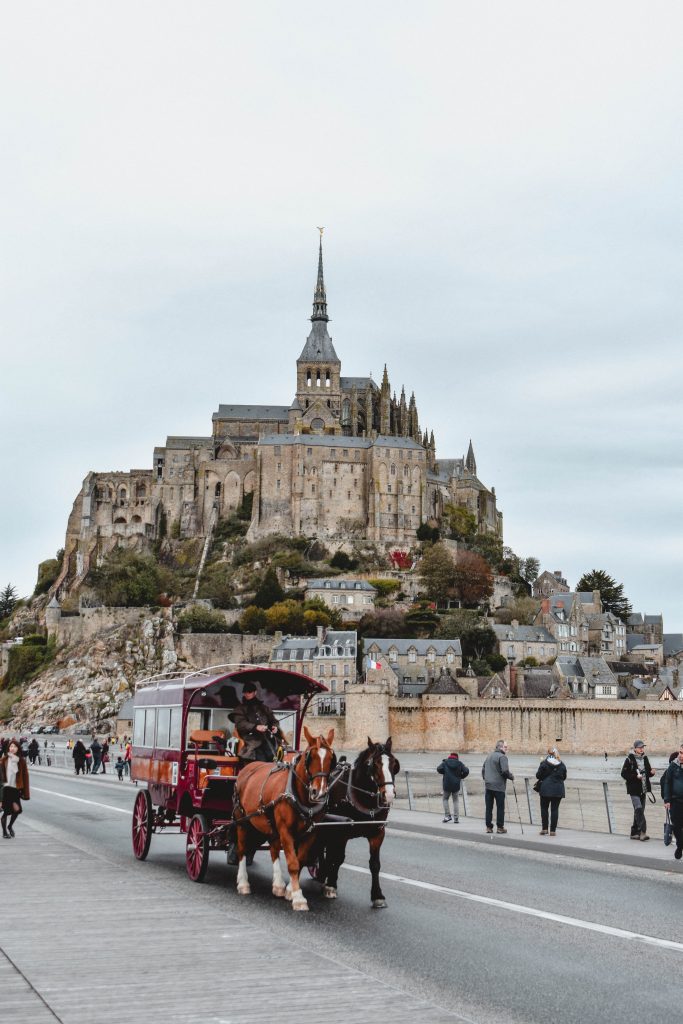 The shuttle is also known as “la Maringote”. It is an original means of transportation, and its departure point is at the foot of the parking lot. It is the best way to discover the landscape, especially Mont-Saint-Michel’s site. Horses usually pull the shuttle.

It is formally forbidden to carry pets (like dogs) in the shuttle, for your information. On the other hand, you can bring them, provided that you use the pedestrian paths and the footbridge. 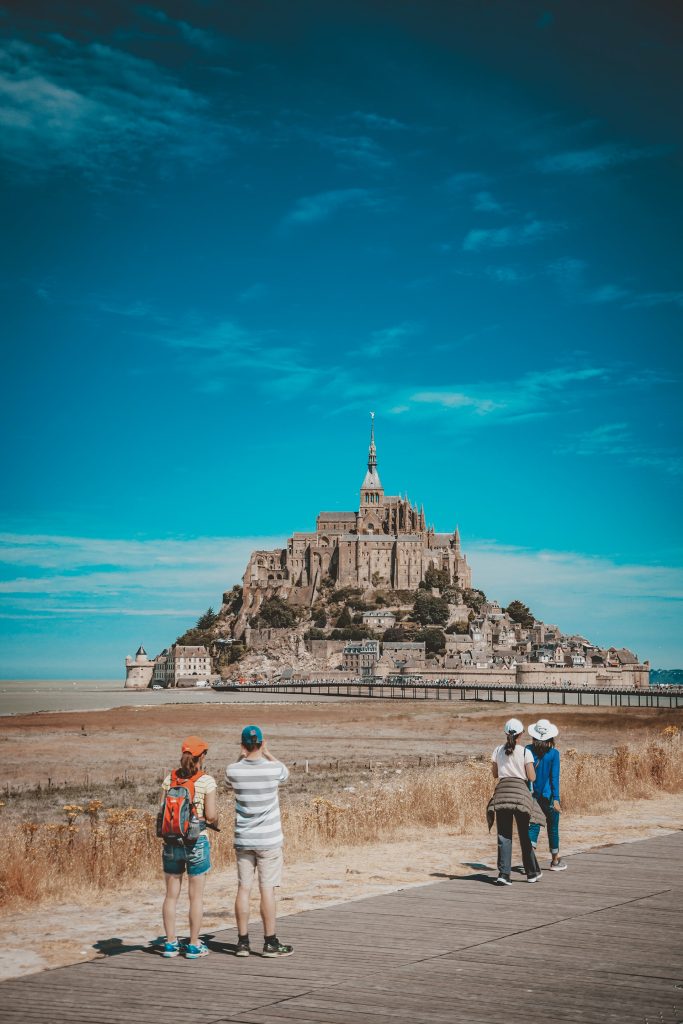 Better known as the “Passeur”, the motorized reversible shuttle is an alternative way to get to Mont-Saint-Michel. The departure point is located near the parking lot and next to the Tourist Information Center.

Unlike the horse-drawn carriage, the Passeur is equipped with a motor and is, therefore, more comfortable and faster. Indeed, 12 minutes are enough to reach the destination, i.e., Mont. This more modern shuttle is at your disposal every day, from 7:30 am to 11 pm.

But the transport of pets is also forbidden in the shuttle, except for those transported in a basket or an adapted bag.