This is the last part of our series of our articles on France. If you haven’t read the first and second part yet, we recommend you do so before reading the third part.

After discovering France’s culture and part of its traditions, today, we will finish off the long list of the French customs. Enjoy!

Every year on February 2, Candlemas or Pancake Day is celebrated in the country. Its origin is religious and is due to the fact that Pope Gelasius I distributed a kind of pancake to the pilgrims who arrived in Rome, in order to commemorate the day when Jesus arrived at the temple. However, Candlemas is also associated with a rite that was practiced in ancient times to celebrate the fertility of the land.

How do we celebrate Candlemas? By eating pancakes! It is true that you can eat them at any time of the day, but every February 2, the French wait until dinner to enjoy a delicious sweet pancake. On this day, there are several beliefs, for example, if you place the first pancake you make on top of a cupboard, you will attract prosperity and luck. 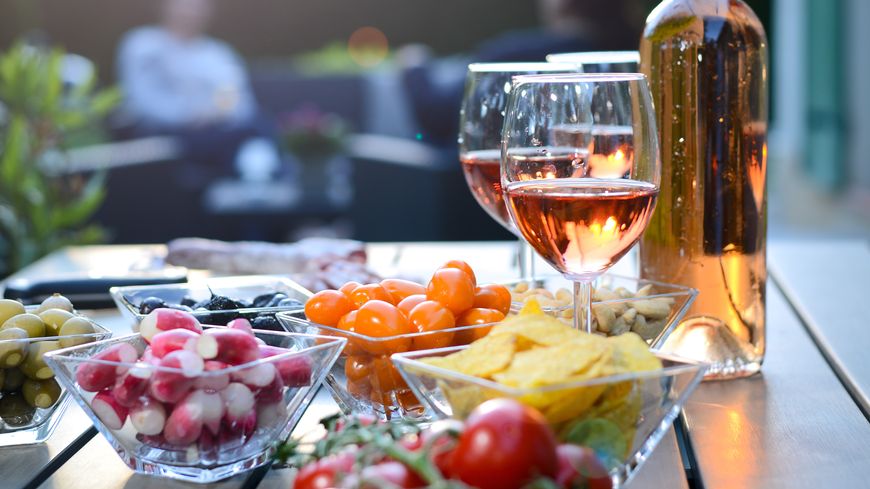 The traditions and cultures of France can be charming. One of them is the apéro, a time practiced by most French people at least once a week. For them, it is a time for sharing and they take this custom very seriously! This tradition would be born in the Middle Ages and has been perpetuated until today.

Aperitif comes from the word “apéritif”, which etymologically has a Latin root (verb aperire) which means “to open”. This custom aims to open the appetite. It consists in having a drink with an alcoholic beverage while talking and eating something. There is usually a table served with all kinds of simple preparations or tables with cold cuts, cheese or mixed.

The aperitif can be considered as a moment of relaxation and disconnection. It is the time before lunch or dinner. Have you been invited to an aperitif? Remember that it is polite to bring food or a drink to share. Something foolproof that you can share with the rest of the guests is a bottle of wine.

The Music Day (Fête de la Musique in French) is an initiative created by the Ministry of Culture in 1982. It was Jack Lang, Minister of Culture, who explained the objectives of this festival: firstly, that amateur musicians voluntarily go and play in the street and secondly, the organization of free concerts during which the public has the opportunity to attend artists without distinction of style or origin.

This festival was so well received that it quickly became part of French culture and has even been organized in other countries around the world, including Luxembourg, the United States, Mexico, Greece and Italy. Don’t miss this traditional celebration that takes place every June 21!

In France, toasts are quite common, even with a glass of water! However, if you are served a glass of wine or champagne, ideally you should not drink it until after the toast. French cultural customs indicate that you should make eye contact with the person to whom you are giving the toast and you should do so with each guest.

This process is done in an orderly fashion and avoiding crossing glasses, as this is considered uneducational and there are some superstitions that say it brings bad luck. When serving, the wine glass should be placed in the middle. When toasting, you can say “à la tienne” or “santé”, which is the most typical word that accompanies toasts in France.

For several centuries, Christmas markets developed only in the north-eastern regions. But in the 90’s, a process of expansion began and today you can visit Christmas markets in almost every city in the country. These markets become a must stop if you visit this territory during the month of December. Let yourself be carried away by the magic of Christmas!

Thus, you have to go to Strasbourg, the Christmas markets of this city are an event to see in the Christmas capital. You should also mention the ones in Paris, Reims and Colmar.

After reading that, would you like to visit the Christmas markets in France and discover all its traditions and customs? Let us know in the comments below.

« Let’s Discover France (Part Two) » Why You Should Visit Phuket?