The Most Beautiful Must-Sees of Cape Verde (Part One)

You want to visit a different place, full of beauty and very exotic? Then your choice should be the African continent., especially Cape Verde, a place you won’t regret visiting.

Cape Verde, also known as the Republic of Cape Verde, is a state in Africa located in the Atlantic Ocean. It is an archipelago located off the coast of Senegal and its official language is Portuguese, as this place was uninhabited until the 15th century, when it was discovered by the Portuguese.

You will have too many things to see in Cape Verde, from beaches to colonial towns to active volcanoes, among others. These islands were originally covered with dense vegetation, which contrasted with their black volcanic rocks and the blue sea.

This archipelago will surprise you because its islands are of volcanic origin. Most of the islands have mountains covered with volcanic ash, so there is little vegetation. Cape Verde has 4 international airports. Surprising isn’t it?

As for its culture, you will be pleased by the great European and African influence. It is a very particular mixture. You will discover that their music is very varied, with French, Portuguese and African rhythms. Today, let’s discover 3 of the must-sees of Cape Verde. Enjoy the reading.

It is the highest peak in Cape Verde. It reaches 2,829 meters above sea level. It is the site of an active volcano that, from the 15th century to the present day, has had 28 eruptions. In 1680, there was one of the eruptions that caused the most damage. This event caused a massive emigration from the island, most of them moved to Isla Brava. However, the only deadly eruption that occurred was in 1847, as it triggered earthquakes all over the island, killing several people.

Pico do Fogo is one of the places to see in Cape Verde, as it is not only the volcano. There are also beautiful views and sights like the coffee plantations that the inhabitants have planted at the foot of the volcano, which has caused amazement to all those who visit this island.

Sotavento is a group of islands in the Cape Verde archipelago composed of Maio, Santiago, Fogo and Brava. In Sotavento there are also several nearby islets, such as the islet of Santa María, which we have already mentioned, located in front of the city of Praia. You will also find other large islets like Cima, do Rei, Luis Carneiro, Sapado and Areia, along the coast of Isla Brava. Dare to visit them, don’t miss them. 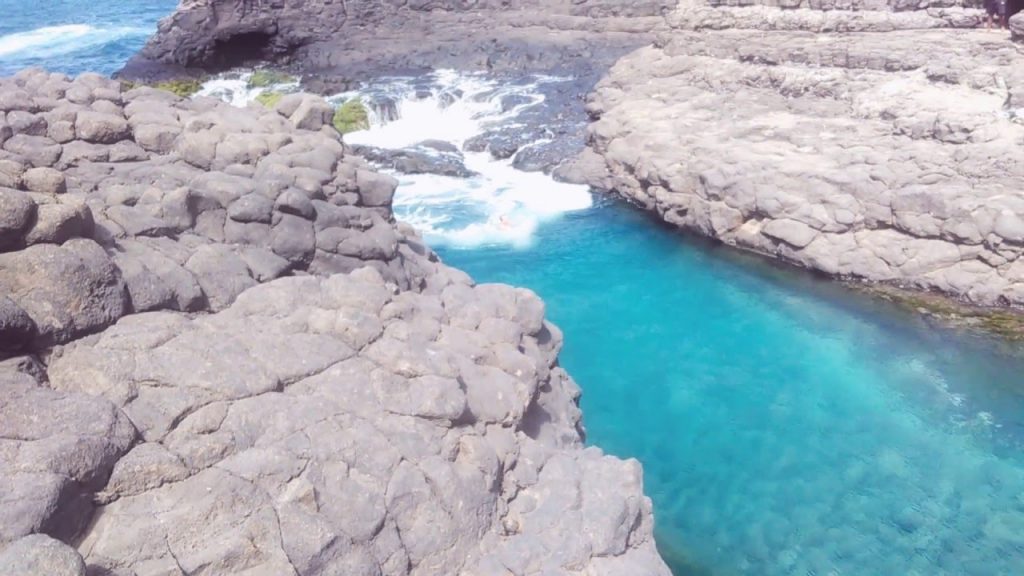 Buracona is a small bay located in the northwest of the island of Sal in Cape Verde. The bay is tucked away about 5 km north of the town of Palmeira and is part of the protected landscape of Buracona-Ragona. It covers the coast between Palmeira and Ponta Preta, as well as the Monte Leste mountain. This bay is also known as Olho Azul or Blue Eye and is one of the most touristic places on the island of Sal.

Very little is known about Bucarona. But what we do know is that it is a perfect place for diving. It is ideal for this activity because the sea has created holes and natural pools that allow you to discover its secrets.

The main problem however is the waves. So you have to keep in mind that it is not for beginners, because to enter the Olho Azul cave, you will have to reach a depth of about 28 meters and the landing is a bit difficult if you don’t know what you are doing.

You now know 3 of the most beautiful places to visit in Cape Verde. And if you want to know more, come back to check out the second part of the article.

Until then, what is your favorite place in the world? Let us know about it in the comments below.