Let’s Travel to Baku in Azerbaijan (Part One)

John Stevens Travel and Restaurant Places to visit in Baku, Things to do in Baku, Travel to Baku 0 Comments

Baku is the largest city in the Caucasus and the political, scientific, and cultural center of Azerbaijan. It is a modern, multicultural city, with architecture in many different styles. You will find plenty to visit and do in Baku.

In the capital of Azerbaijan, you will find a fusion of the ancient and the contemporary, a place that was the convergence point of the Ottoman, Persian, and Soviet empires. After the end of the Soviet Union, Azerbaijan began a process of modernizing Baku, based on the fact that the city is rich in oil. The region, long inhabited, played an important role on the Silk Road.

Baku has now become a futuristic and modern city, with some standards that can be equated to European standards. This development has not, however, extended to other localities in Azerbaijan.

The alleys are lined with cafes and restaurants, the modern architecture of the Fire Towers and the Aliyev Center catch the eye, while on the cobblestone streets the younger generation flaunt their trendy clothes. There will always be plenty to visit and do in Baku. 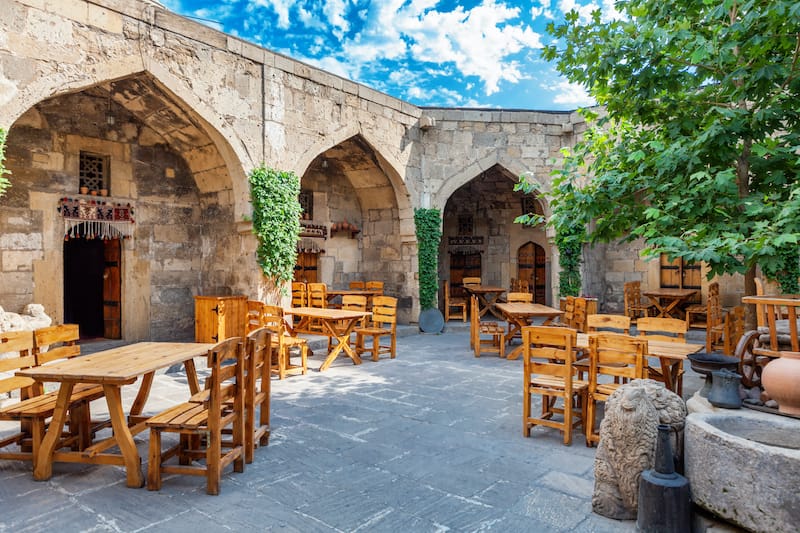 When visiting Baku, you should walk around and get lost in the historic area of Azerbaijan’s capital. The Icheri Sheher or Old City of Baku, was inscribed on the UNESCO World Heritage list in 2000. The city is surrounded by the fortress walls and includes several historical monuments, such as the Shirvanshah Palace complex, the Maiden’s Tower, mosques and caravanser ruins.

In the heart of the Azeri capital, you can see traditional carpet weavers, bars, and restaurants. This is the place where ancient Baku was founded and now represents a history of thousands years. The Old City is also known by other names, such as the Inner City or the Fortified City.

Before 1800, the Old City of Baku consisted of less than 10000 inhabitants, but now there are more than two million people sharing the streets of this metropolis. Below we list you some things that you can do when traveling Baku.

Wander the Streets of the Old City

Strolling through the Old City streets is one of the best things you can do in Baku, and you’ll almost forget you’re in the largest city in the Caucasus. You can glimpse historic buildings, such as museums or palaces, and others that stand out for their Gothic or Baroque architectural style.

Lose yourself in the narrow, winding streets of Baku’s Old City and discover stone houses, alleys, squares, restaurants, and cafes to relax in. It is one of the best ways to get to know a place, just walk without any end, without rushing.

Go to the Maiden Tower 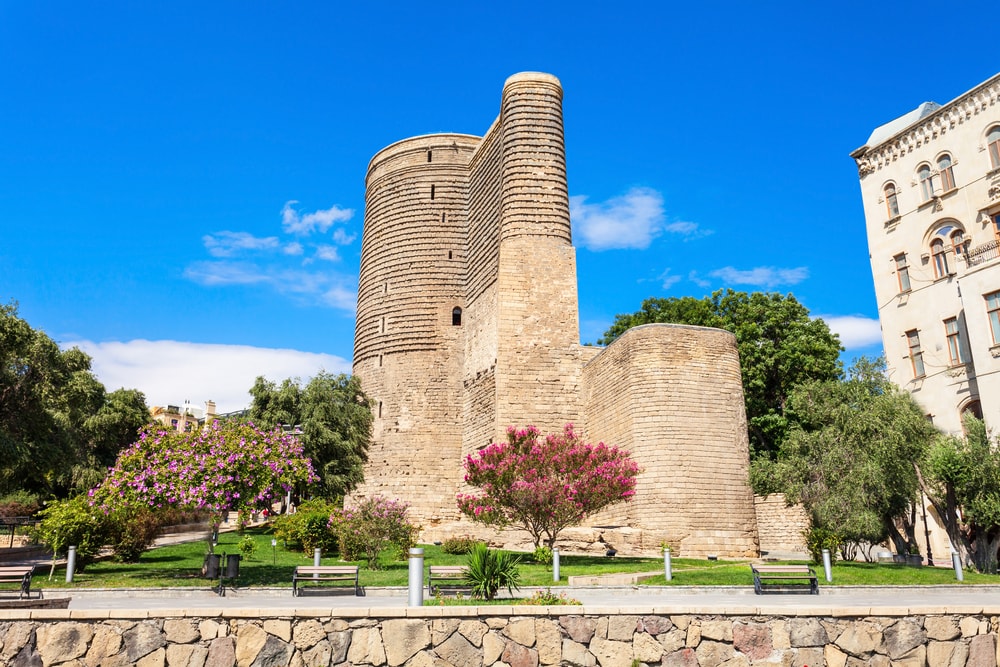 The Maiden Tower is a popular building in the historic area of Baku, Azerbaijan. According to a legend on this tower, a king asked his daughter to marry a man her own age. She disagreed and made a deal with her father. If he built a tower, she would obey his request and marry him, although she hoped this would never happen. As the king succeeded in building the tower, the princess, faced with the prospect of a forced marriage, jumped off the tower to deliver her body and soul to the Caspian Sea.

The Maiden Tower is one of Baku’s most famous buildings and contains a museum showing the city’s historical evolution. The tower is estimated to be at least 1000 years old.

Located in Baku’s historic center, the Qız Qalası – as it is called in Azeri – also allows visitors to climb to the top to observe the views from a height of 29 meters. The Maiden Tower is on the UNESCO Heritage list, associated with the Old City and the Shirvanshahs Palace (or Palace of the Shahs of Xirvão).

The Azerbaijan History Museum houses more than 300,000 objects, covering the period from ancient history to the modern period. Designed by Polish architect Józef Gosławski, the museum is Housed inside an Italian Renaissance-style mansion (in the Palace of Zeynalabdin Taghiyevé) and is one of Baku’s main attractions.

If you want to discover more things to do when visiting Baku, don’t forget to come back to check out the second part of this article.