This is the second part of our article Visiting Lisbon (Part 1).

So let’s discover more places to visit and things to do in the beautiful capital of Portugal.

In the Alfama neighborhood, with its steep and labyrinthine cobbled streets, located between the São Jorge Castle and the Tagus River banks, you will find the true essence of Lisbon.

The best way to visit this old fishing district is to go down in an S shape to the beautiful Casa dos Bicos. Forget the map and enjoy its characteristic iron balconies full of hanging clothes, its buildings with a decadent air, lively squares, and local shops, making it another of the best places to visit in Lisbon with more charm.

This area also has some of the best restaurants to eat in Lisbon like O Trigueirinho and Ti Natércia, where you can taste homemade dishes as well as taverns like Tasca do Jaime. You can also have a drink or tapas while listening to the most authentic fado, a traditional song in which the bad moments of life are expressed.

Another of the places to see in Lisbon, located in the Alfama neighborhood, is the imposing building of the National Pantheon, where some of the country’s heroes and famous people rest eternally. This baroque temple from the late 17th century stands out for its large white dome, which stands out between the roofs of Alfama and for the excellent views from its terrace. If your visit coincides on Tuesday or Saturday morning, you can go to the second-hand market of Feira da Ladra, one of the classics of the Portuguese capital, which is set up in the surroundings.

Visiting hours: Tuesday to Sunday from 10am to 6pm from

April to September; the rest of the months it closes an hour before.

The next stop on the route through Lisbon will be the Lisbon Cathedral, known as the Sé and the most important and oldest religious building in the city.

This 12th century temple that has survived several earthquakes impresses with a sober exterior in Romanesque style with two towers like bell towers, while the interior is a mixture of different architectural styles, in which a Gothic chapel with several tombs stands out.

From the 14th century, you will find a beautiful cloister and the Treasury Room, which houses valuable objects such as jewels, manuscripts, and relics.

From the cathedral, you can walk down to La Baixa’s neighborhood and then go up with the iconic Elevador de Santa Justa to Chiado and the Barrio Alto, two of the neighborhoods to visit in Lisbon with the most marvellous atmosphere. 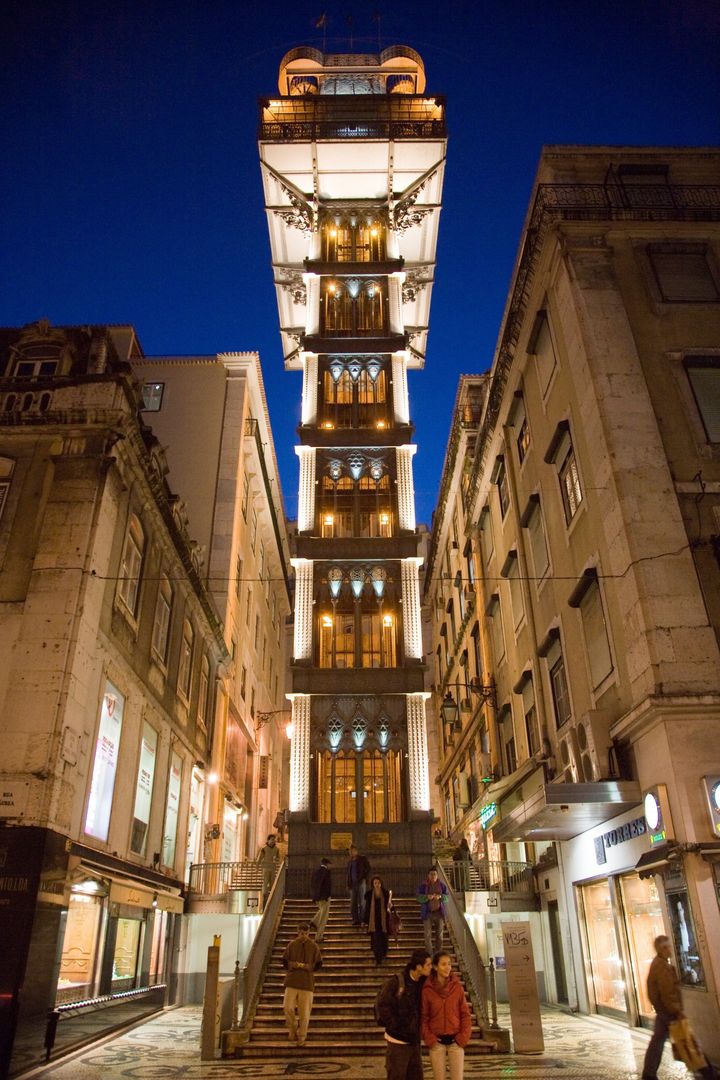 This elevator, declared a National Monument and the only vertical elevator in the city, is located on Calle Santa Justa and has a height of 45 meters, which allows you to have privileged views of the center, both day and night.

Visiting hours: every day from 7am to 11pm from May to

October; the rest of the months it closes an hour before.

The Elevador de Santa Justa will drop you off in Chiado, the most bohemian neighborhood to see in Lisbon, located between La Baixa and Barrio Alto.

In addition to bringing together artists and musicians from the city, this neighborhood is home to historic cafes such as Café a Brasileira. There, you will be able to enjoy the statue of Pessoa on the terrace, and original small shops such as Luvaria Ulisses, which sells handmade gloves, and bookstores such as La Livraria Bertrand, considered the oldest in the world.

After strolling quietly through the commercial Rua Garrett you can approach the Carmo Convent, which, even though it is in ruins and with the sky as a roof, as a result of the 1755 earthquake, preserves all its magic and also houses the Archaeological Museum.

Have you ever been to Lisbon? Remember to share your experience in the comments below!