From noisy volcanoes pouring rivers of lava into the ocean to gigantic glaciers at the end of the world to huge holes in the seabed… the list of the wonders of nature could go on and on. Here are some of the most fabulous places in the world that continue to amaze and mystify explorers and scientists for the moment. 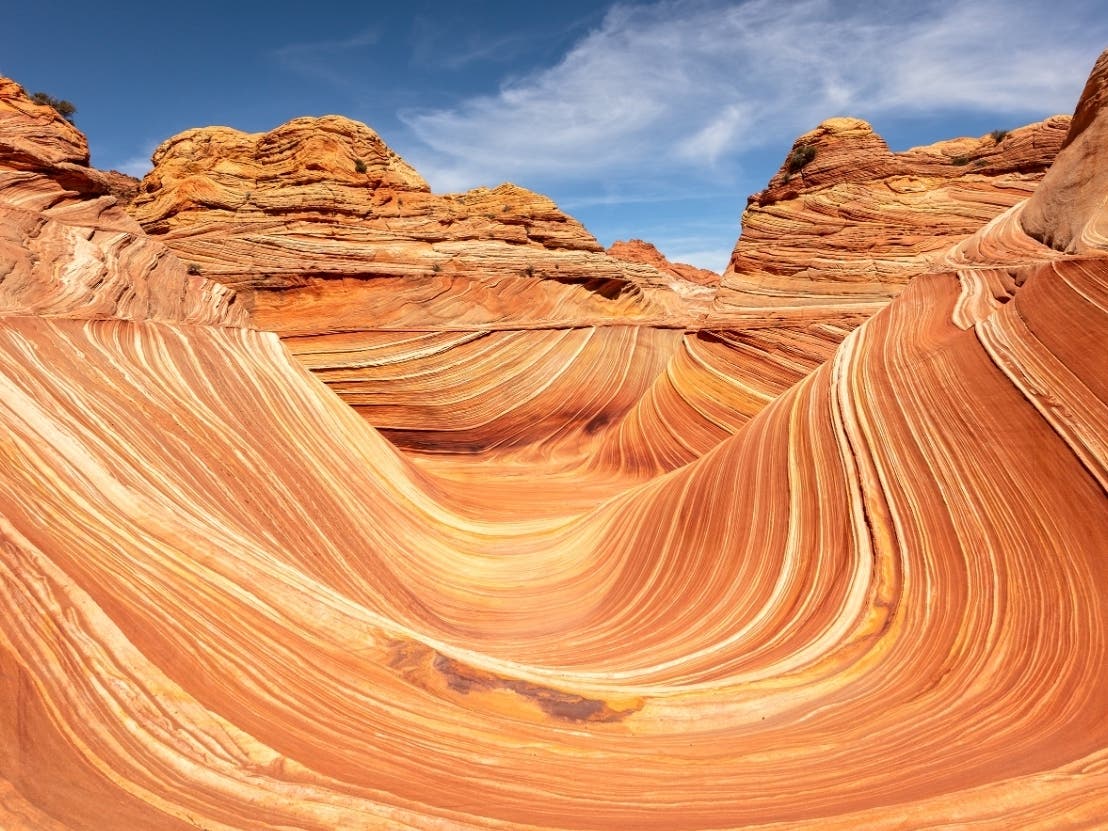 If the Catalan surrealist Salvador Dalí made nature, then this would be one of his fundamental works. Shades of ocher and amber, overlapping each other since the Jurassic era, form an undulating backdrop that has become a dream for photographers and hikers alike. However, you will need a permit to visit this protected monument.

This geothermal source’s vibrant colors are the same as the mini rainbow visible when light passes through an optical prism, thus explaining its name. The colors red, orange, yellow, green, and blue are caused by different types of bacteria that live in hot mineral-rich water, which reaches 185F. With a diameter of 370 feet, the hot spring is the third largest of its kind globally.

Deadvlei is an acronym for the English word death and the Afrikaans word, vlei, which translates as ’a swamp or a valley between dunes’. The acacias strewn across the decaying landscape here have lain lifeless for more than 600 years, burning skeletons that Mother Nature has not afforded the luxury of decomposing in one of the driest places on earth. This arid corner of the world is also close to some of the world’s tallest dunes, towering 1,200 feet above the desert floor. 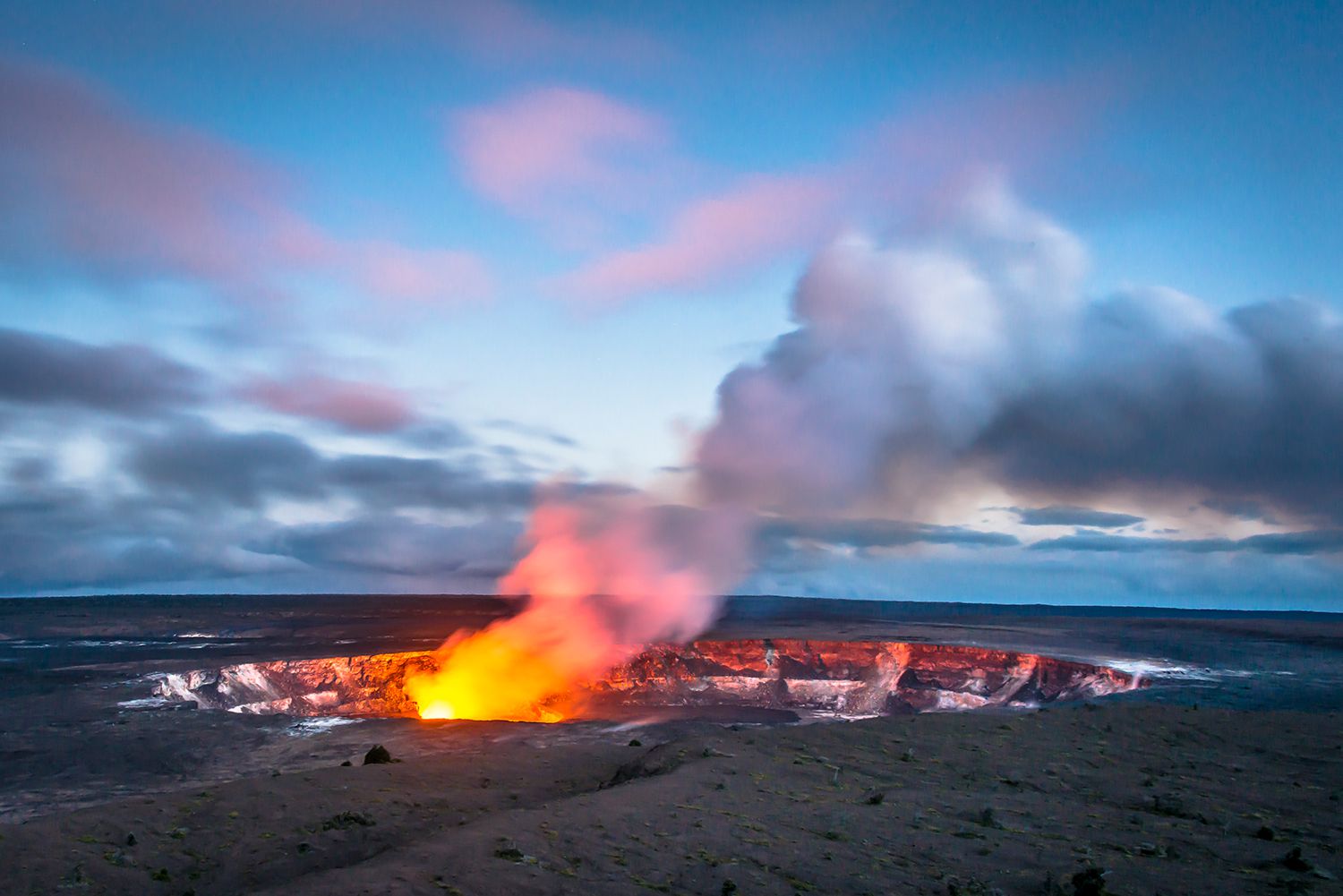 The untamed Kilauea volcano has been erupting intermittently since 1983, pouring rivers of molten lava into the Pacific, meeting water in one of nature’s most dramatic marriages. This vehement crash is visible from afar, accolades from various tours providing expert guides to escort you through charred pastures and as close as possible. It is not advisable to wander the area on your own due to the volcanic eruption’s ever-changing nature.

Belize’s giant underwater sinkhole was formed during the ice age, seamlessly carved almost circular by the force of nature. On top of being a real feast for the eyes when viewed from above, The Great Blue Hole is also an amazing place to dive! With its rich concentrations of marine life, this place attracts divers from all over the world. However, you must have logged more than 24 dives to try due to the skill required to navigate the dark, stalactite-filled water cave. Alternatively, build your guts and take inspiration from freediving guru Guillaume Néry, who has descended and risen from these depths numerous times.

According to local legend, these newly formed lava flows are the work of the devil himself (“Shetani”), who emerged from the earth a few hundred years ago. Stretching over 60 km across the savannah, this mysterious landscape is as wild as it is in the remote depths of the Tsavo National Park, itself a vast area shrouded in myths and superstitions. Predatory animals here don’t like to be disturbed, so if you leave the safety of your ATV, only do so in the company of a pre-hired park ranger.

Pamukkale, poetically translated as “Cotton Castle,” is one of Turkey’s great natural spectacles. The hot springs and vast terraces of white calcium etched into the hillside create a view that looks like a page from a great dream. Be careful, though (barefoot): the calcium terraces here are easily eroded by footwear and bring your bathing suit to take a dip in the clear waters of this UNESCO World Heritage site. While in Pamukkale, you may also want to visit the nearby Roman ruins and the well-preserved museum at Hierapolis, an area that was once an ancient holy city near the natural baths.