Packed with restaurants and vegan options, these destinations are great options for you if you lead a lifestyle free of animal products and services. These 20 cities around the world have thousands of vegan options to explore. If you are thinking of traveling, pack your things, and visit these incredible places.

Berlin is full of art, culture, and history and has a rich and diverse vegan-friendly food scene. Whether you are looking for junk food, raw options – raw vegan, in Spanish-, smoothies or snacks, in Berlin, you are covered! If you prefer to cook yourself, this city also has tons of vegan supermarkets to explore and places where you can buy all kinds of organic food.

It is not just vodka, bigos, and pierogi; the Polish capital has seen the demand for vegan products exploding in recent years. New vegan restaurants are constantly emerging (now over 50), and those with vegan options are multiplying. According to HappyCow, the number of veg-friendly sites increases at an average higher than many other cities in the world. Warsaw has a good variety of gastronomic offerings.

According to the Happy Cow vegan restaurant app, this city in southern Poland has more than 100 vegan-friendly restaurants. 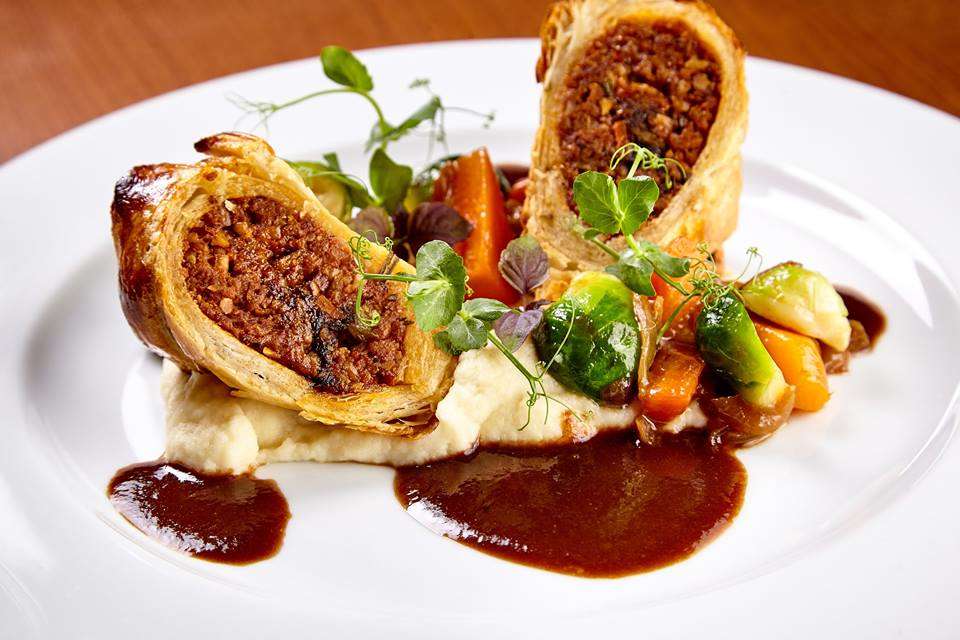 Prague is gaining in numbers among lovers of vegan cuisine. The nearly 50 local vegan restaurants stand out for their generally affordable prices, taste, and quality of ingredients. Original dishes are often offered, combining Czech tradition with veg culture, substituting cruelty-free products for meat. It is amazingly easy to eat vegan in Amsterdam: there are more than 400 vegan restaurants in total. To reduce food waste, several restaurants prepare dishes on the spot. Also, there are many vegan fast food options: from plant-based “squid” to an adaptation of the typical bratwurst. 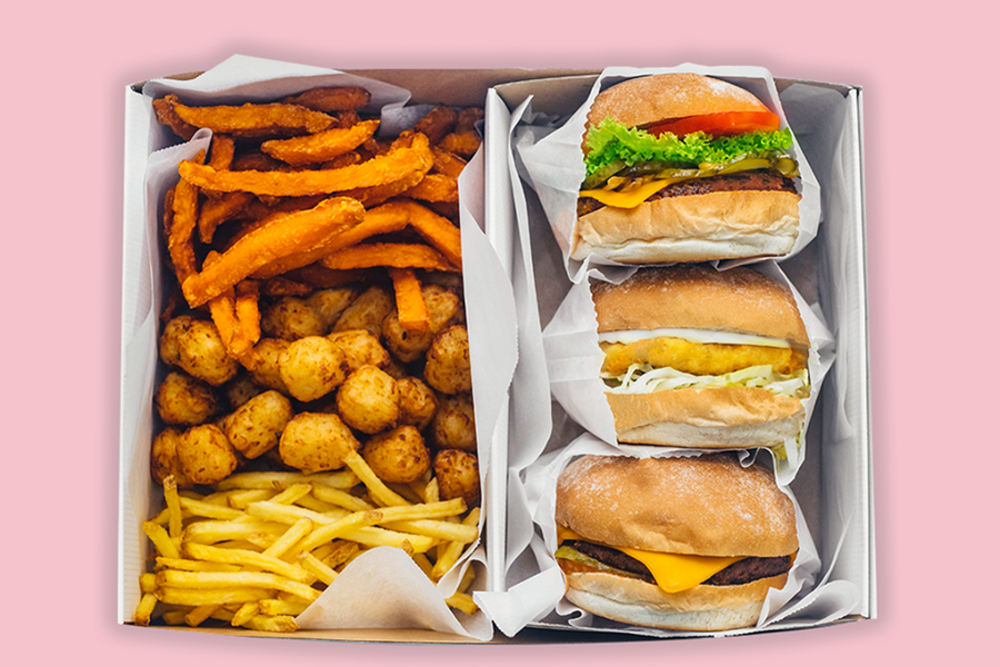 In London, you can get the vegan option of almost any food you can think of: from Indian food to kebabs and pizza. 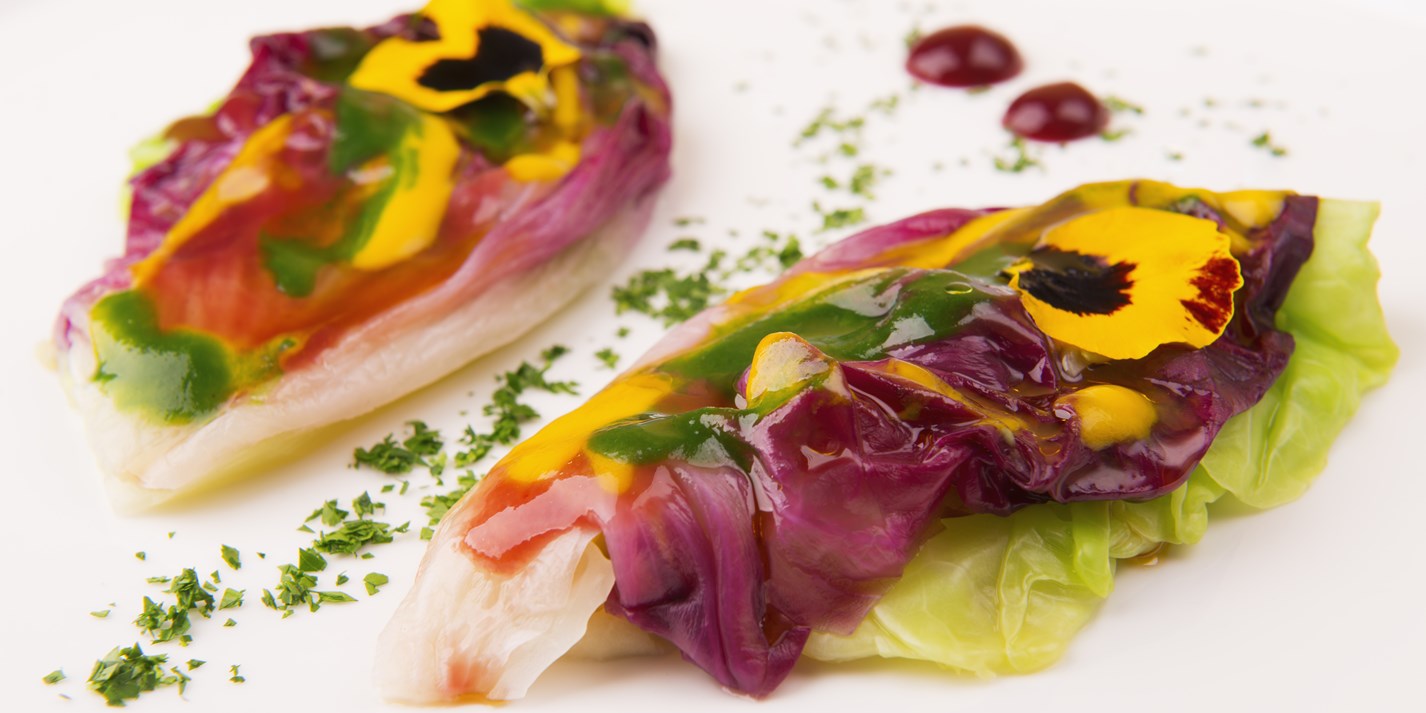 Hidden among the Italian Alps, this picturesque city is recognized as the first vegetarian city in the country, thanks to the mayor of Turin, Chiara Appendino. In 2016, she proposed having one “meat-free day” per week and lessons on animal welfare in schools.

The two largest Australian cities are the perfect reflection of a veggie culture very marked throughout the country. Out of respect for animals and nature to the many vegan or vegan bars and restaurants, Melbourne and Sydney have become a reference for any traveler. 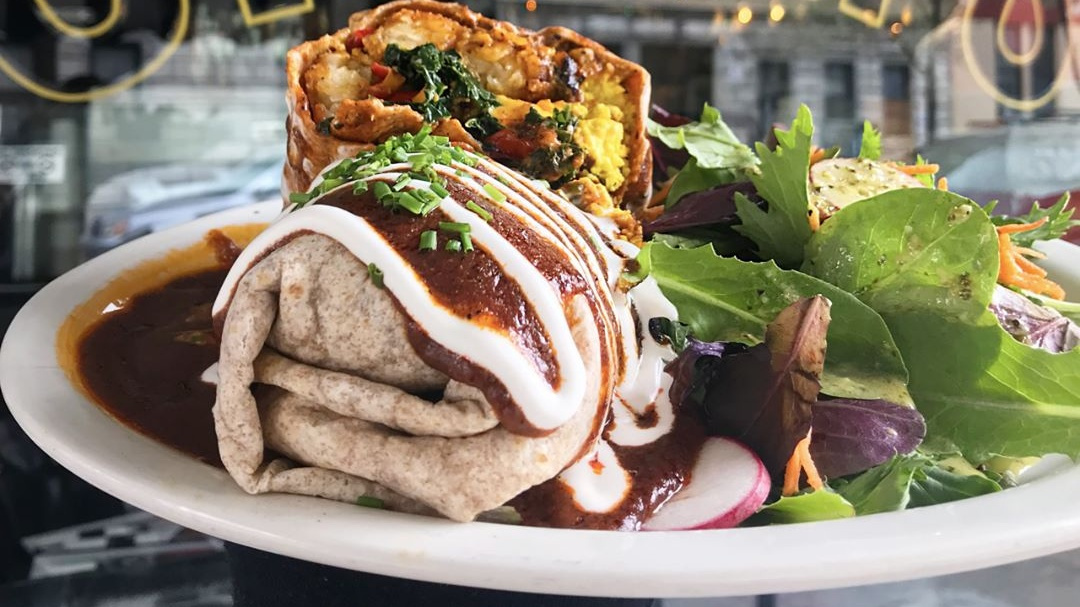 With more than 500 vegan restaurants, or options suitable for those who choose this lifestyle, New York is one of the world’s most vegan-friendly cities. Thai, Japanese or Italian: Travelers eating a plant-based diet won’t know what to choose during their stay in the Big Apple. 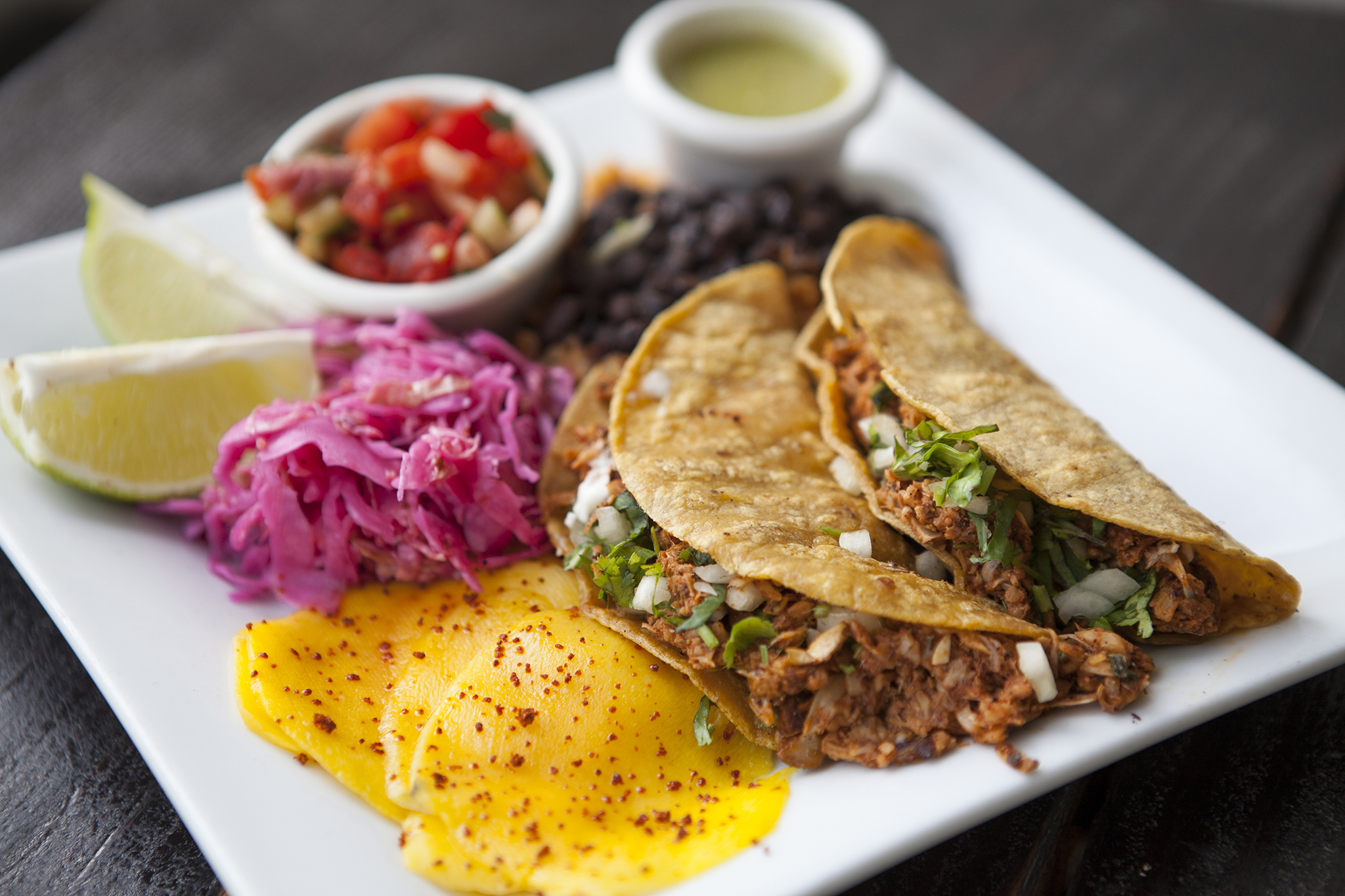 Its own producers of vegetable milk, “pastrami,” made from mushrooms and a 100% vegan fast food restaurant. These and more are the options you will find in Los Angeles. Every year, the Eat Drink Vegan festival takes place, a foodie festival with many vegan-friendly options. 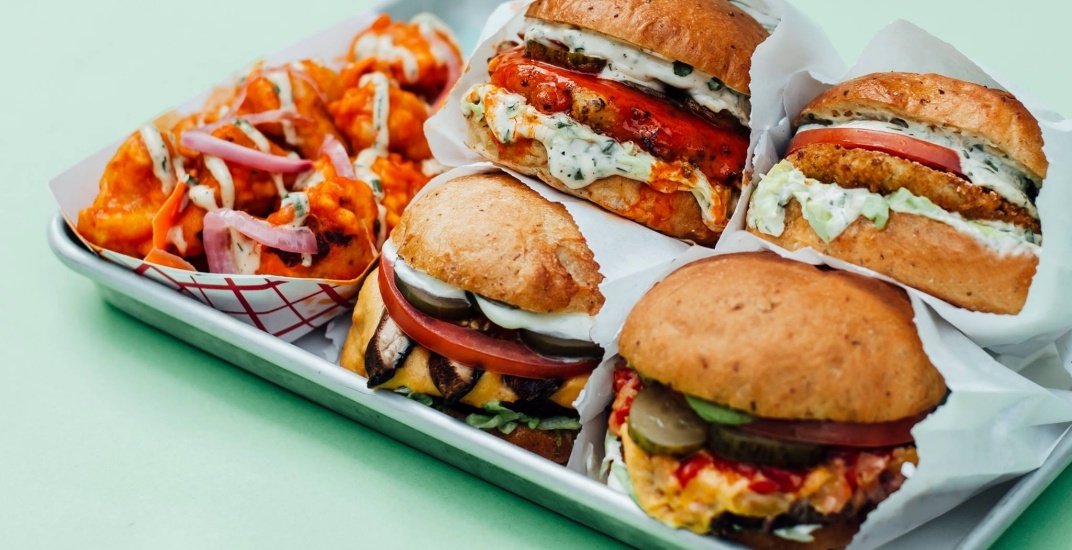 Toronto is witnessing a spectacular growth in vegan culture among its population. It is also reflected in the incredible increase in vegan restaurants. The city is expensive, but you can eat vegan at affordable prices in Chinese or Indian vegan restaurants. 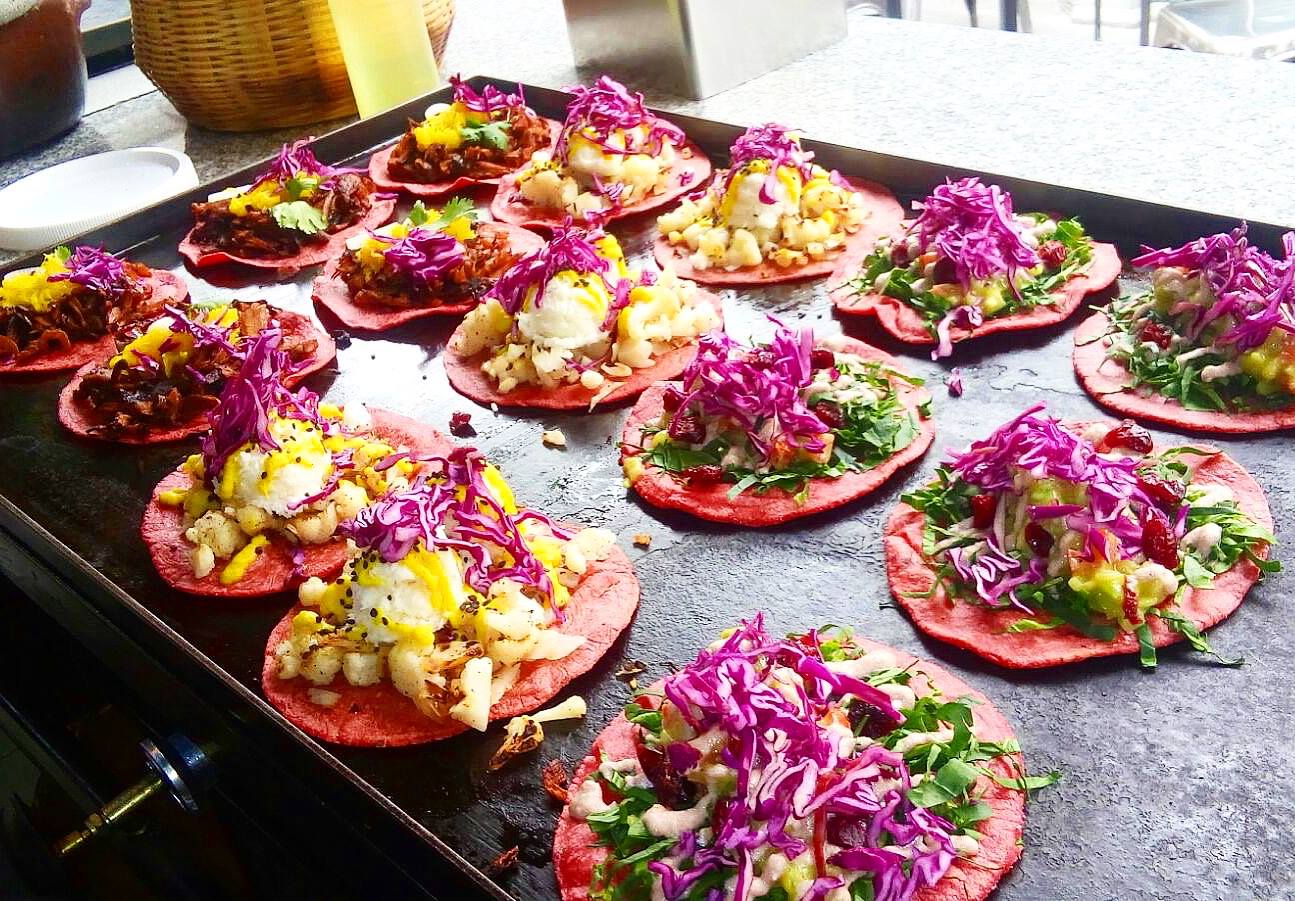 Who said that you couldn’t eat good quality vegan in a city with a great carnivorous culture? Mexico City has about 50 vegan restaurants, according to HappyCow. São Paulo is by far the Brazilian city with the highest number of vegans and vegetarians. It is also the city where you can enjoy Vegan Park, a mall dedicated to shopping and cruelty-free food. With more than 45 100% vegan-friendly restaurants, according to HappyCow, São Paulo is the best bet for a vegan trip in Brazil. 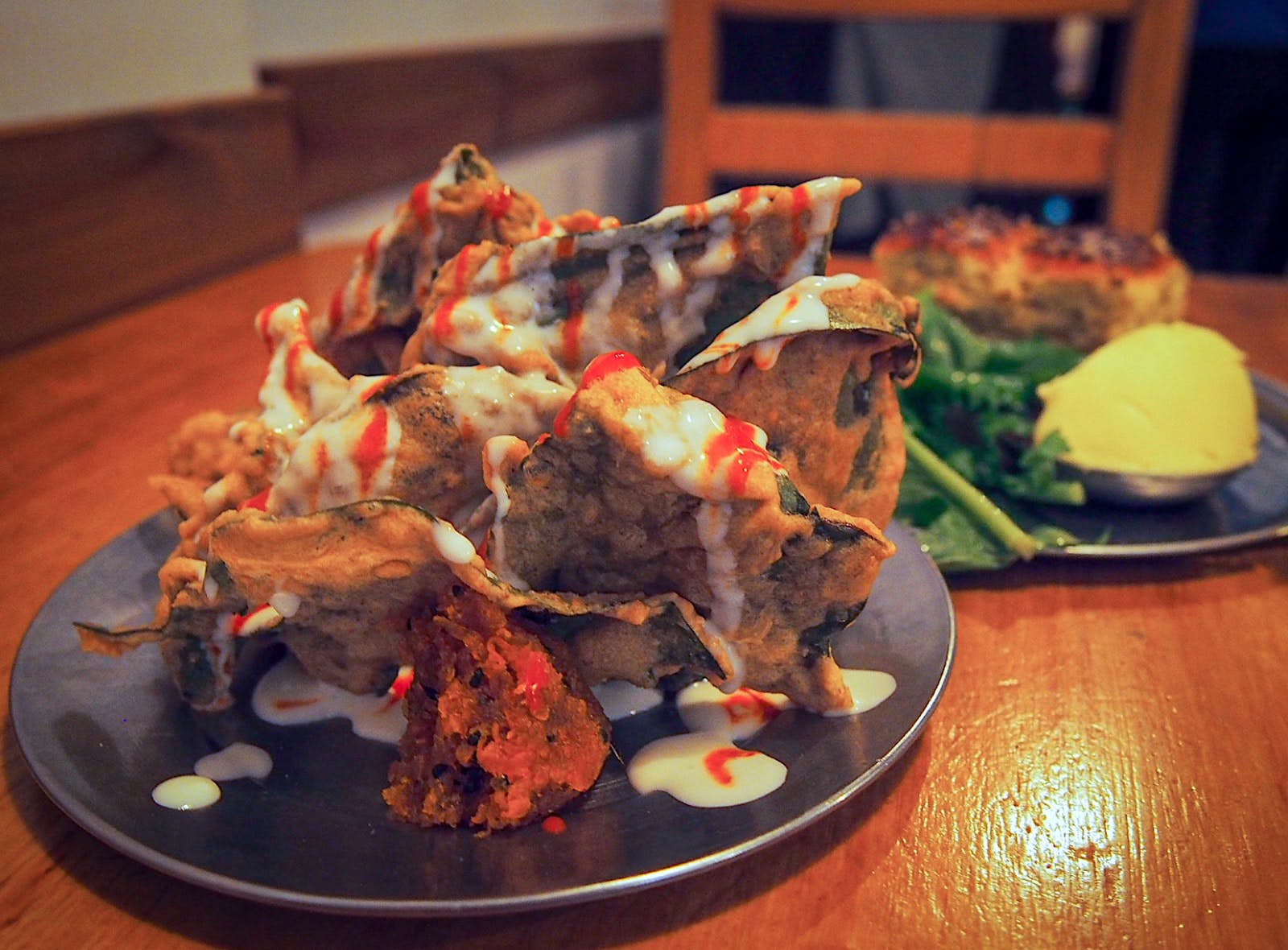 Argentinian barbecue? No thanks. Buenos Aires, despite a culture very focused on meat, is also opening up to vegan cuisine. Try its many restaurants with cruelty-free and organic food, beautiful to look at and tasty to taste. The growth of the vegan scene in this city is mainly due to Green Monday, which promotes this type of food in conjunction with several restaurants. Also, it has its own restaurant and supermarket with products of plant origin. 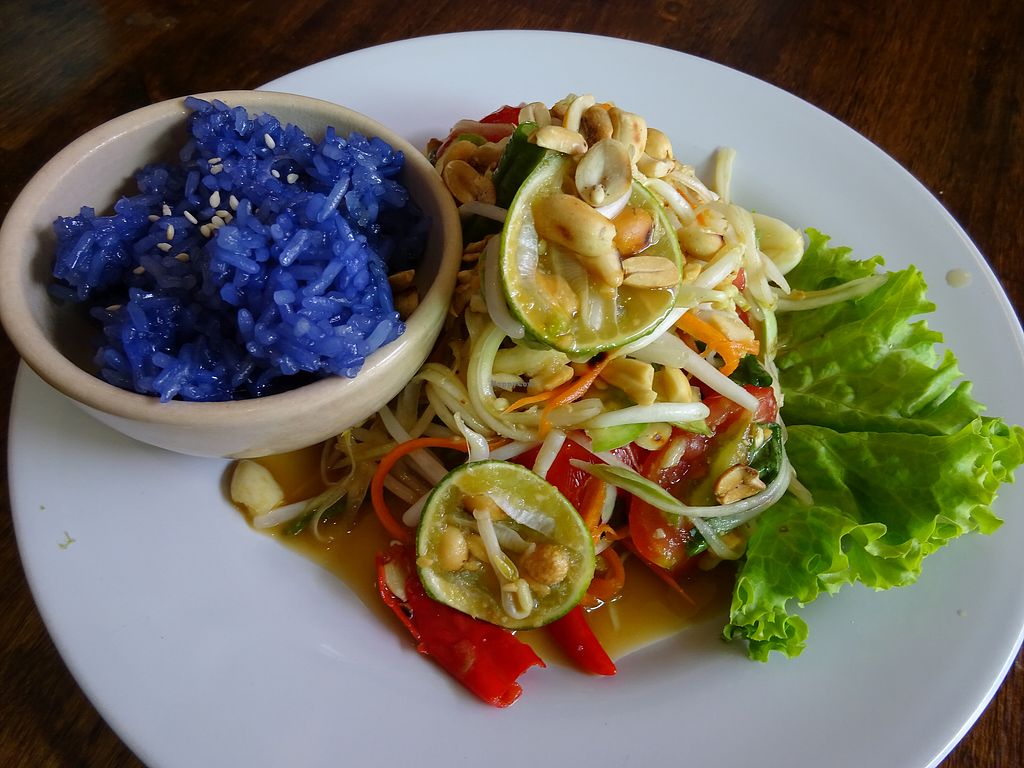 This city in the north of the country has more than 100 restaurants with vegan and vegetarian options, making it another paradise for plant-based food. Chiang Mai has a great gastronomic offer, with types of cuisine ranging from traditional Thai to Western. 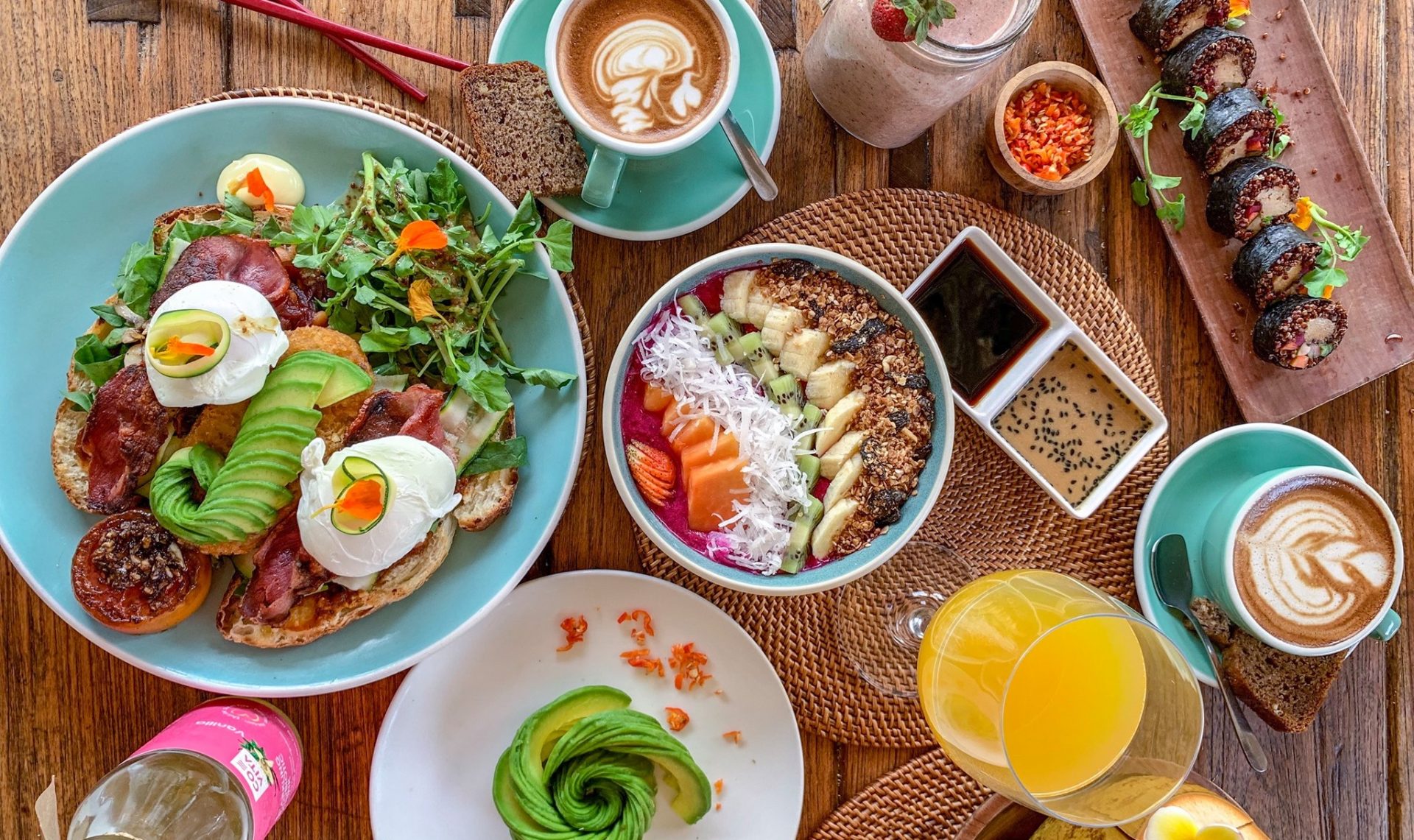 Influenced by its culture and religion, Bali is an island that offers a wide range of vegan and vegetarian food. Ubud, in particular, boasts the most extensive gastronomic offer and variety. Juice bars, soups, organic delicacies, and typical local dishes: your palate will be in a real paradise at very affordable prices. The futuristic city-state of Singapore offers a wide variety of typical Asian and Chinese veggie cuisine. It is a safe bet, always at the top of all the rankings. Although… Watch out for prices! 😉 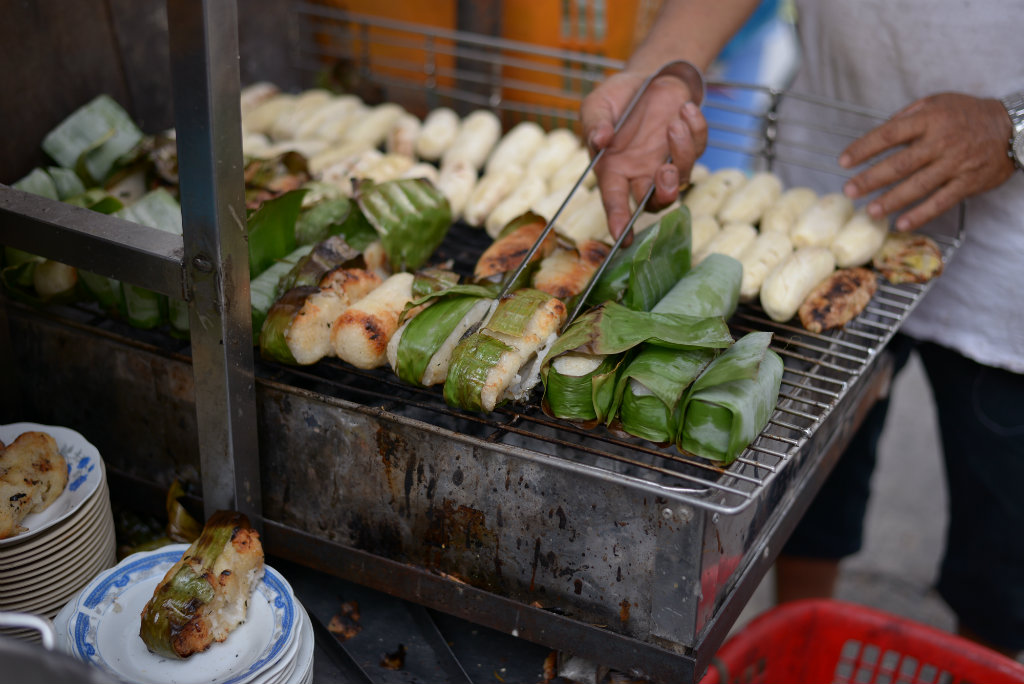 The Vietnamese city, a destination for many backpackers, is one of the cities in Southeast Asia with the largest gastronomic offer for vegans. With more than 50 restaurants serving only cruelty-free food, you will find great food at very competitive prices. You can also find vegan variants of soups, noodles, or other typical Vietnamese dishes in many traditional restaurants. 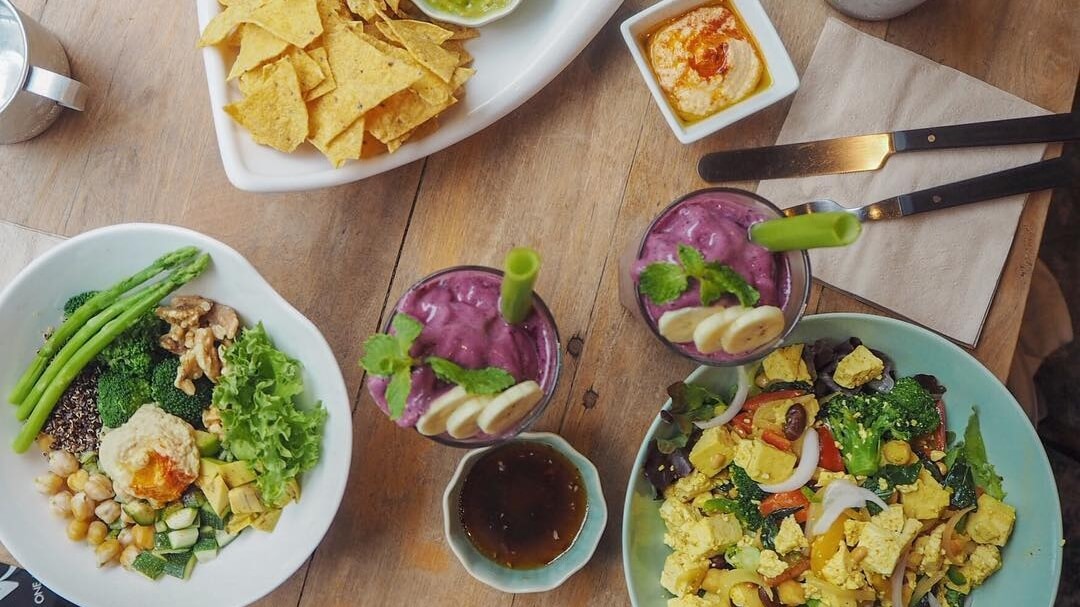 Bangkok is a vast city with a lot of life at any time of the day. It combines tradition with modernity, luxury with modesty. You will find shopping centers with options to eat, markets with fresh food, local restaurants, or street food. The veggie gastronomic offer of the capital will surprise you, and you will eat well without spending a fortune. But beware of the spicy; Thai friends tend to abound a lot! Don’t miss the vegan guide to Bangkok!

Have you visited any of these sites? Share your experience in the comments.

10 Vegan Restaurants That You Must Visit in Amsterdam

Remember the last blog I wrote on Amsterdam for my friend, well if you don’t then here is the link to read it again!

Well, that friend of mine is traveling again to Amsterdam and his request now is vegan restaurants because you must have figured it, he is vegetarian! Though, the places to visit are still on the list he has visited most of the restaurants that I have mentioned in the previous blog. So here is a new list of ten restaurants that are must visit when in Amsterdam. Some of you might ask why vegetarian? Well, this is because non-vegetarian option is easy to find anywhere around the city and there is no end to the non-vegetarian restaurants that are in Amsterdam and also because of my friend, so that’s why vegetarian food is in vogue! There are a lot of meat-free meal whether it is for breakfast or brunch or dinner or late-night snacking, I’m sure you will love this list even if you are a non-vegetarian.

1. Men Impossible – The name is quite catchy, I personally love it! This restaurant serves plant-based ramen and is open for lunch and dinner upon reservation only. There is a fixed price lunch that consist of a noodle bowl and a fixed price multi-course dinner and drink. Do have a go at the vegan wine! Men Impossible opened its doors in 2017 and since then, it is one of the top rated vegan restaurants in Amsterdam.

2. Mr & Mrs Watson – When Donald Watson introduced the word ‘veganism’ in 1944, little did he know that this word would mean so much to some people that they would want a restaurant of their ‘own’. Mr & Mrs Watson offers colorful plates that are surely going to spark your curiosity when served. The home-made cheese and the creamy egg salad are 100% veggie dishes. These are comfort food with a culinary twist. Be sure to take your time to enjoy the ambiance in this beautiful and modern restaurant that is perfect for any special occasion. Do reserve your table if you are planning for dinner.

3. SLA – Organic Salad Bar – One of the most visited salad bars in Amsterdam, this restaurant has a cool and contemporary space that serves delicious organic salads and smoothies to satisfy your palate when hunger hits! With a wide range of vegan options available, you will be able to find the perfect salad bowl for you. They are quite hearty so be careful. With restaurants in 5 locations, SLA is the place to go when famished. They also serve hot vegan soups for the colder months.

4. Beter en Leuk (Better and Nice) – Do visit this cafe for a quick vegan fix! This restaurant has delicious vegan options on the menu that include hot tasty soups, pancake stacks, sandwiches, a seaweed burger and some daily specials like vegan moussaka. This cozy spot is homely and affordable. Do have a try at their sweet potato chocolate brownies! There are diary alternatives available for your coffee such as oat and almond milk.

5. Juice Brothers – At this restaurant, you will find everything vegan and organic. With fruits and veggies shredded up to make the most amazing and healthiest juices, Juice Brothers is the perfect place if you are cutting on the carbs intake. Try the breakfast bowls that include acai bowls, smoothie bowls, and other tasty and healthy treats. Head there in the morning, so that you can have an actual taste of the deliciousness of the breakfast options they have. Found in at least five location around Amsterdam, this juice bar was a start-up of four friends who had a passion for quality cold pressed juice.

6. Pizza Heart Bar – This place cannot disappoint anyone, serving pizzas for vegans, vegetarians, and meat eaters, it should be included in everyone’s travel list. Their gourmet pizzas include 5 vegan pizzas that you can choose from at an affordable price. Enjoy a delicious pizza on the huge terrace with the beaming sun. Pizza Heart Bar is a local favorite.

8. Sir Hummus – Even this restaurant serves meat, they are dedicated to satisfy the hungriest vegan around with their delectable and authentic Lebanese hummus. This dish comes with a range of toppings and sides. Sir Hummus is the ideal place to grab something quick, tasty, and filling. Rest assured, the vegan options are clearly marked on the simple menu.

9. TerraZen Center – Serving a unique mix of Japanese and Carribean cuisine, this cute place offers some interesting and filling dishes. There is only one table which is shared by diners, creating a convivial atmosphere with the resident cat wandering in and out as she pleases. The fries that came with the burger, sprinkled with seaweed powder were perfectly salty and savory. Friend, the portions are quite generous, so go half-belly full!

10. De Peper – This restaurant is creative and ideal for social gathering. There are no exact prices but a donation of 7 and 10 euros should be made. De Peper is entirely managed by volunteers alternatively. Go there on Tuesdays, Thursdays, and Sundays.

That’s it, enjoy your stay my friend!