Sightseeing in Russia – The Top 7 Places to Visit.

Russia, once the largest and most powerful member of the former USSR, remains a fascinating country to visit. It is a country of contrasts, from great subtropical beaches to bitterly cold winter regions in the north. The east may have fewer people, but its lovely cities are among the most popular places to visit in Russia and can hold their own against the west.

Russia is steeped in history everywhere a traveler goes, from vicious battles to great classical music and literature. And almost everywhere visitors can see examples of magnificent art, not only in museums but also in its churches.

Sochi on the Black Sea is a great winter sports destination and, in fact, hosted the 2014 Winter Olympics. Skis aside, Sochi also hosts the Russian Formula 1 Grand Prix and was be a host city for the 2018 Fifa World Cup. Despite winter snow, Sochi offers a subtropical climate and great beaches, making it a key part of the Russian Riviera.

The resort city makes a great summer (and winter) getaway for Russians. Strolling along the pedestrian-only sea embankment is a pleasant experience. Environmentally conscious travelers may want to visit the Caucasus Biosphere Reserve. Sochi also is home to the area’s northernmost tea plantations.

Founded in the 10th century, Veliky Novgorod is one of the oldest cities in Russia’s far north. Veliky Novgorod claims to be the birthplace of Russia since its early residents invited the Scandinavian Prince Rurik to rule Russia, creating a ruling dynasty that lasted 750 years.

Top sights include the Saint Sophia Cathedral and Bell Tower, the oldest in Russia; the Hanseatic Fountain, said to return 1,000 rubles for everyone thrown into it; and a host of museums, including ones on iron, porcelain and history. Located on Lake Ilmen, Veliky Novgorod is a good place to eat borscht and buy bio-honey. 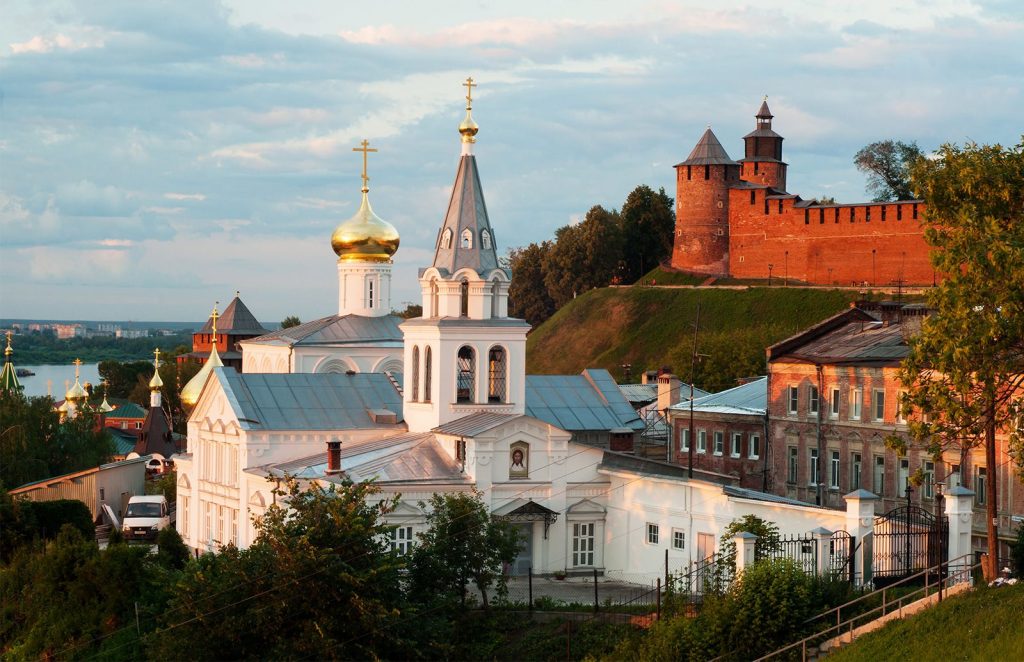 Russia’s fifth-largest city sits at the confluence of the Volga and Oka rivers. The town began as a fortress in the 13th century; at one time it was known as Gorky, after Maxim Gorky who was born here. The old town is walled in, though the Archangel Cathedral was about the only thing standing after the city was devastated by Bolsheviks. Nizhny Novgorod is a good place to immerse oneself in Russian art and architecture, with more than 600 monuments and statues, and at least 200 art museums, concert halls and the like.

The de facto capital of Eastern Siberia, Irkutsk is by far the most popular stop on the Trans-Siberian Railway between Moscow and the east. With Lake Baikal only 45 km away, the city is the best base to explore the lake’s western shoreline.

Travelers who visit historic Irkutsk may be pleasantly surprised by what they find. Decorated wooden houses stand beside standard Soviet block apartments, plus wide boulevards with not too much traffic for a city of more than 500,000 souls. Irkutsk was the site of many bloody clashes between Russian factions in various revolutions.

It also served as a place of exile for intellectuals, artists and others, which may be why the city has five universities. Several churches, including Ascension Church, and geology and history museums call Irkutsk home.

The Golden Ring strings together several cities outside of Moscow that fill the senses with awe. Picturesque countrysides filled with cherry orchards, quaint cottages, onion-shaped domes and iconic churches that contain the country’s oldest art make this region a special place to visit.

One of the oldest regions in Russia, today it is very popular with Russian tourists who want to experience a bygone era. The traditional way to view the cities and towns makes a counter-clockwise loop beginning and ending in Moscow: Vladimir, Suzdal, Kostroma, Yaroslavl, Rostov Velikiy, Pereslavl-Zalesskiy and Sergiev Posad. Whitestone churches, monasteries and fortresses are only some of the sights to see. 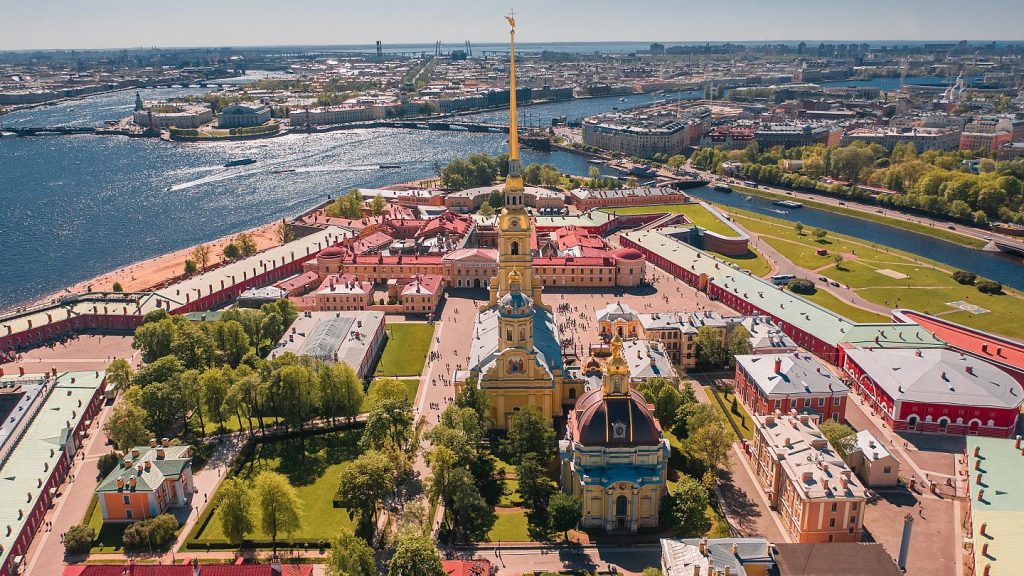 Russia’s second-largest city may be known as Leningrad, but most people refer to it by its birth name, St. Petersburg. Founded in 1703 by Tsar Peter the Great, St. Petersburg was once the imperial capital of Russia; its name was changed to Leningrad in 1924.

Because of its location on the Neva River, which feeds into the Gulf of Finland and then into the Baltic Sea, the city is a popular northern cruise destination and one of the most popular places to visit in Russia.

Known as the cultural capital of Russia, the city boasts one of the finest art collections in the world at the Hermitage, with churches adding to the city’s magnificent art. Nevsky Prospekt is the city’s famous shopping and dining street.

As the capital of Russia, Moscow is the most important city in Russia, but not just for political reasons alone. This city of more than 12 million is also well known for its artistic endeavors, including ballet, symphonies and art. Onion-shaped domes of historic churches fill the skyline.

The stately Kremlin and impressive Red Square, one of the largest squares in the world, are sights not to be missed, as are statues of Lenin and Stalin, controversial leaders in the 20th century. Further evidence that Moscow’s past wasn’t always squeaky clean can be seen in the Gulag and Cold War museums.