Discovering Alaska and Its History

The story of Alaska’s flag begins in 1926. Because Alaska lacked its own flag, the American Legion held a flag contest in October of that year. All Alaskan boys and girls in grades 7 through 12 were eligible to compete.

At a school near Seward was an orphan whose name was Benny Benson. Thirteen-year-old Benny loved his land and often dreamed of its greatness. Out of his love and dreams came the winning design. Below his sketch, Benny wrote these words:

“The blue field represents the Alaskan sky, while the forget-me-not is an Alaskan flower. The North Star represents the future state of Alaska, the Union’s most northern state. The Dipper is a symbol of strength for the Great Bear.”

On May 2, 1927, Benny’s design became Alaska’s official flag. A prize of $ 1000 was put aside for Benny’s education. When Alaska was preparing for statehood in 1955, the constitutional convention delegates publicly honored Benny Benson. Later, a street in Kodiak was named after him. 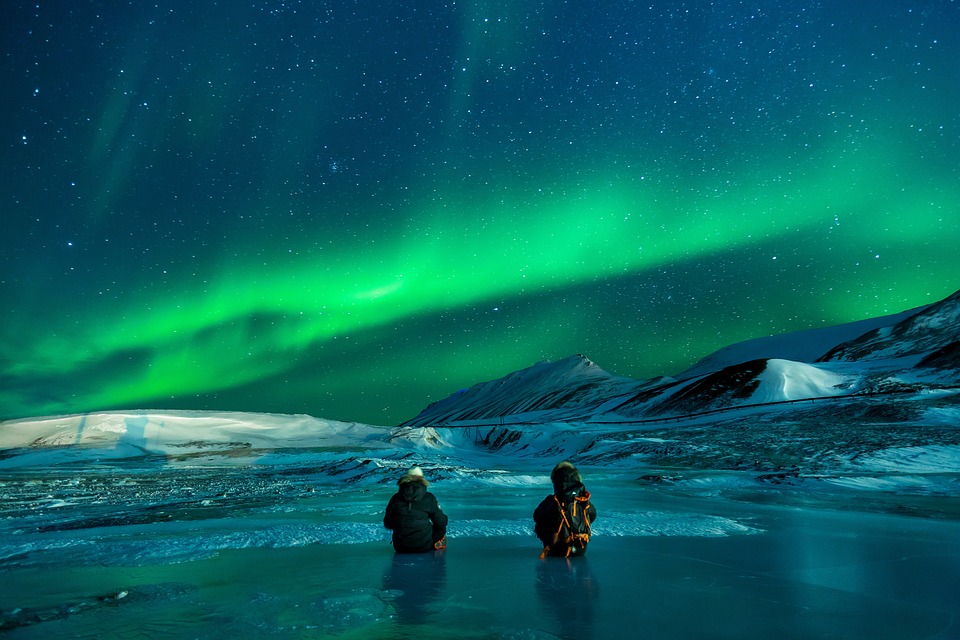 Alaska is the largest, the next-to-youngest and the most sparsely populated state of the Union. It contains Point Barrow, the northern-most point in the United States and Mount McKinley, the highest mountain peak in all North America. About one-third of this huge state lies north of the Arctic Circle.

Like Florida, in the extreme southeastern United States, Alaska is a peninsula. The mainland of Alaska juts out at the northwest corner of the North American continent like a huge thumb on a doubled-up fist. At one point on the western side, Alaska is only 55 miles from the continent of Asia. Thousands of years ago the mainlands of the two continents were connected. They are now separated by the Bering Strait. In the Bering Strait, Russia’s Big Diomede Island is about 3 miles from the United States’ Little Diomede Island. Between the two islands is the international date line. Sunday on Little Diomede corresponds to Monday on Big Diomede.

Alaska includes thousands of islands. One chain of islands, the Aleutians, stretches beyond the 180th meridian into the Eastern Hemisphere. Attu Island, at the tip of the chain, is at the same longitude as New Zealand.

Among Alaska’s people are the native inhabitants of “The Great Land” – Eskimos, Aleuts and Indians. The remaining people represent all regions of the country as well as many countries around the world. They are primarily young, daring individuals who have risen to the challenge of developing America’s final frontier. 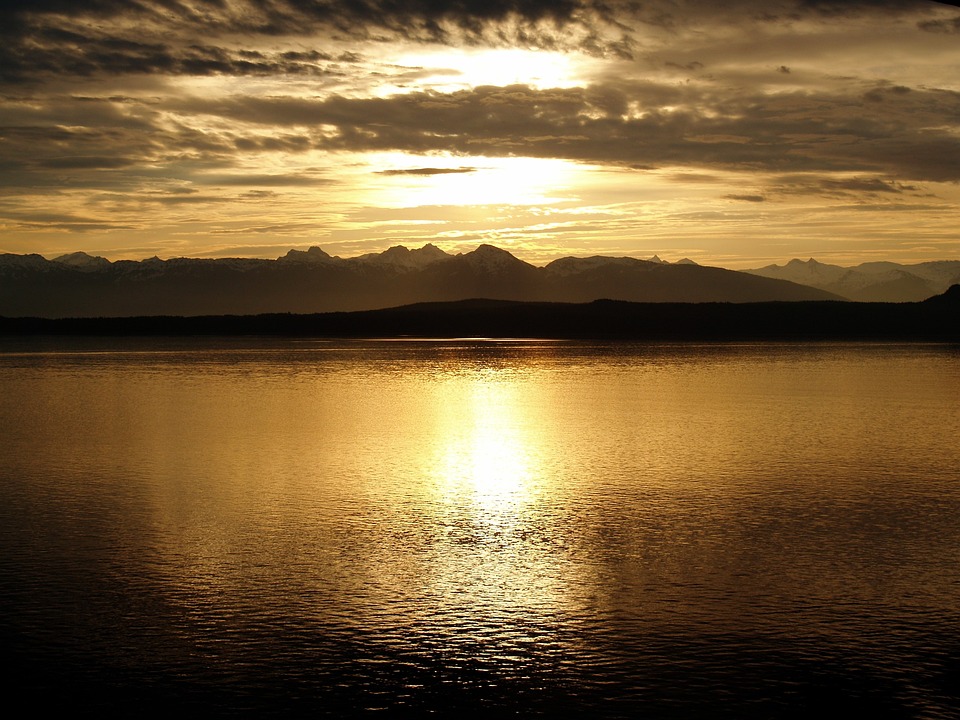 For many years Alaska had no government of its own to conserve and develop its rich natural resources. Men rushed into this vast land to strip it of furs, fish and gold and then rushed out again to spend somewhere else the profits from their plundering.

Russia owned Alaska for more than 100 years. During this time the fur seals were killed so wastefully that only a fraction of them survived. The sea otter was almost exterminated. Then, in 1867, the United States bought Alaska and the land lay almost forgotten until its wealth in fish, especially in salmon, attracted a new kind of fortune hunter.

In 1896 the cry of “gold” rang out in the Klondike region of Canada’s Yukon Territory. This cry shifted attention from fish to gold. Thousands of men poured through Skagway, Alaska, on their way to the Klondike. Others hurried to Alaska’s own gold fields. Many of the gold seekers were disappointed. But many who struck it rich returned “outside” – anywhere outside Alaska – to spend their wealth, leaving little of permanent value. At the climax of the gold rush, some Alaskans compared their land to the storybook Cinderella, whose riches turned to rags at the stroke of midnight.

Finally, on January 3, 1959, Alaska gained statehood and control of its resources. Those resources have proved considerable including what may be the largest oil deposits in North America. The problem for Alaska today is how to exploit its natural wealth without despoiling its natural beauty.

The story of Alaska continues in the second part…