4 Beautiful Places You Need to Visit in Nepal

Nepal is known as the paradise for mountaineering and hiking enthusiasts – and nature lovers in general – the country also offers a cultural journey that will not leave you indifferent. The Nepalese are strong, resilient, traditional, kind, honest, and hospitable people. You can learn their Buddhist rites and learn from their simple way of life. By moving away from the capital – and another medium-sized city – and walking along the paths that run through its villages, you will get to know the true heart of the country.

Most of the attractions to see in Nepal are indeed at high altitudes. However, if you prefer to discover nature in places where there is a little more oxygen, don’t worry, there are some too.

Chitwan National Park is located in the Terai lowlands in south-central Nepal. The altitude there varies between 100 and 850 meters above sea level. The climate is subtropical, and the park has an area of about 930 km², stretching over the districts of Nawalparasi, Parsa, Chitwan, and Makwanpur. 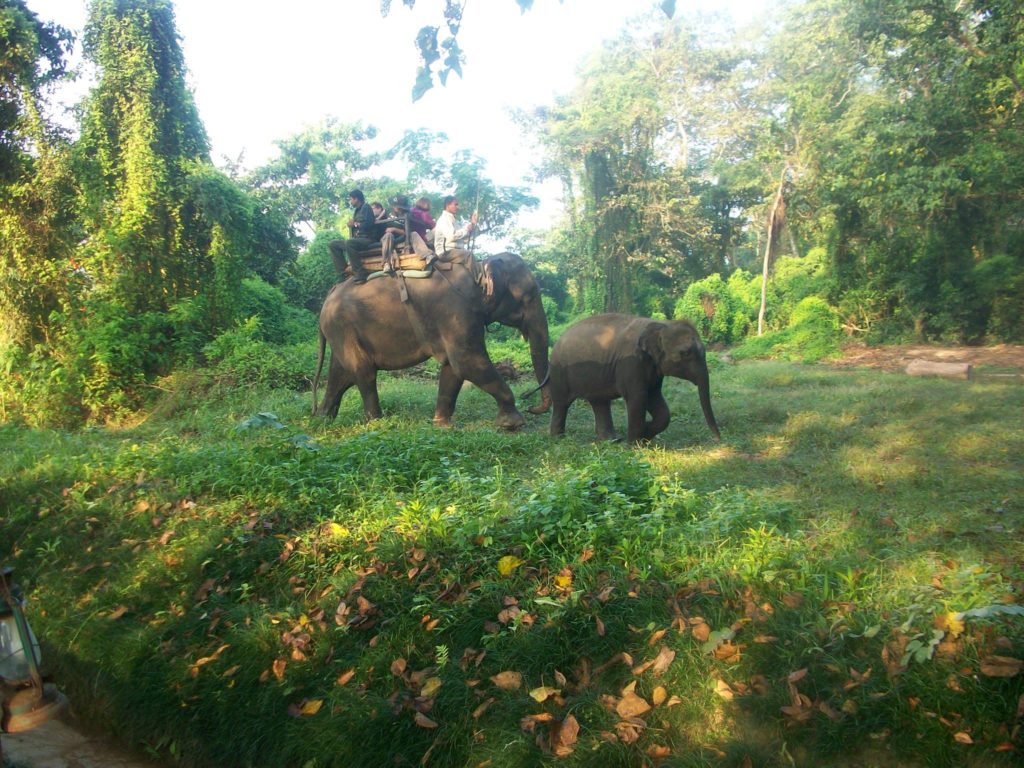 In Chitwan National Park, you will find rivers, swampy areas, and trails. But also lush vegetation inhabited by hundreds of species of animals, like monkeys, crocodiles, elongated turtles, king cobras, kingfishers, and, above all, the heteroclite Indian rhinoceros, with its skin that looks like plate armor. A magnificent recovery work has been carried out on this particular species, as it is subject to intense poaching.

Although Hinduism is the predominant religion in Nepal (professed by more than 80% of the population), Buddhism occupies second place.

In the Kathmandu Valley, there are more than 130 crucial religious monuments, both Buddhist and Hindu. Indeed, historically, this valley has been a natural crossroads for ancient Asian civilizations. 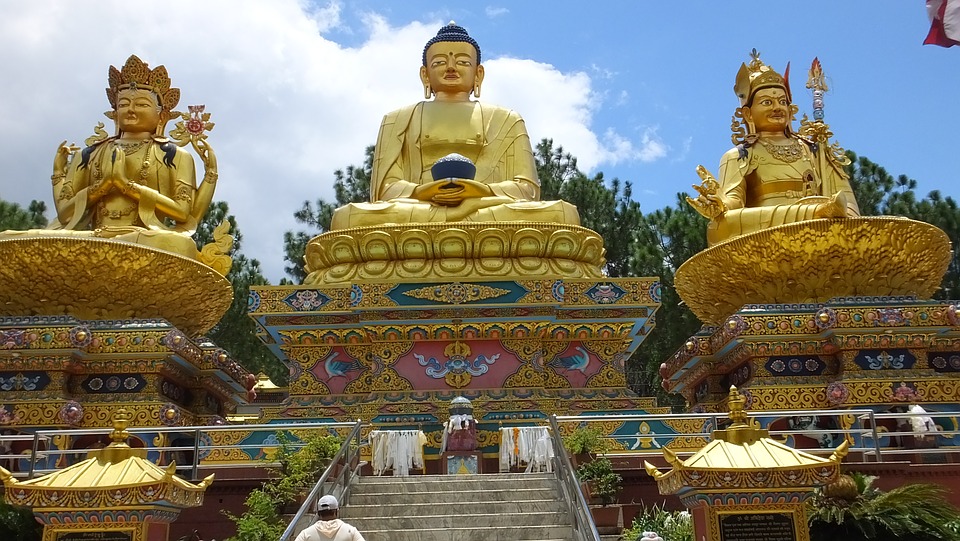 The Swayambhunath complex – declared a World Heritage Site by UNESCO in 1979 – is located on a hilltop in this valley and is the holiest place to visit in Nepal for Buddhist pilgrims.
The complex consists of a stupa, several shrines and temples, a Tibetan monastery, a museum, and a library. To get there, you will have to climb 365 steps, yes, accompanied by the monkeys that live here. A piece of advice, don’t take shiny things out of your backpack, nor food.

3. The Lakes of Gokyo

Among the natural beauties to see in Nepal are its lakes. The Gokyo freshwater lake system is the highest in the world. In total, there are six leading lakes between 4,700 and 5,000 meters above sea level. The largest of them all, the Phonak, is the primary freshwater source for the region’s few inhabitants.

The melting glaciers of the region feed the Gokyo lakes. And if the Asterix Gauls were considered brave to live surrounded by Caesar’s legions, the inhabitants of Gokyo are no less so. Located at an altitude of 4,750 meters, it is one of the world’s most populated cities. In winter, conditions are so harsh that people leave the village and settle in the lowland villages. 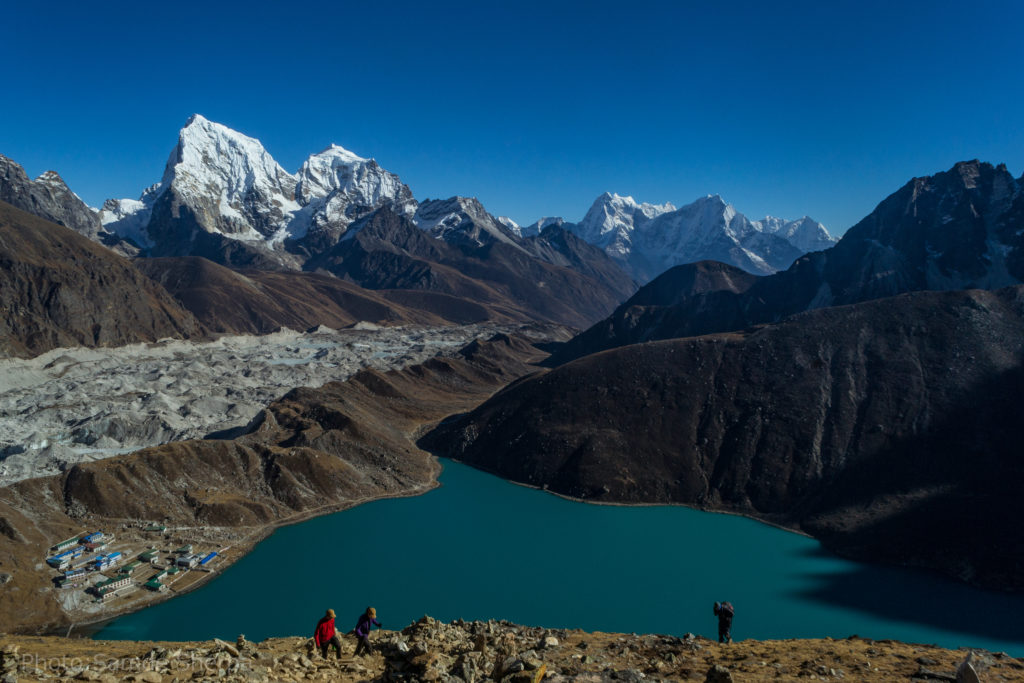 In addition to being a beautiful place, the lakes also have religious significance for Buddhists and Hindus.

Pokhara and Lekhnath came together to create Nepal’s second most populous city. However, the name that everyone continues to give it is simply Pokhara.

Pokhara is one of the most touristic places in Nepal. In its streets, you can hear Spanish, English, Chinese, Korean, and German. International restaurants have increased in proportion to the number of mountain guide agencies that offer their services to travelers who want to do the Annapurna tour. 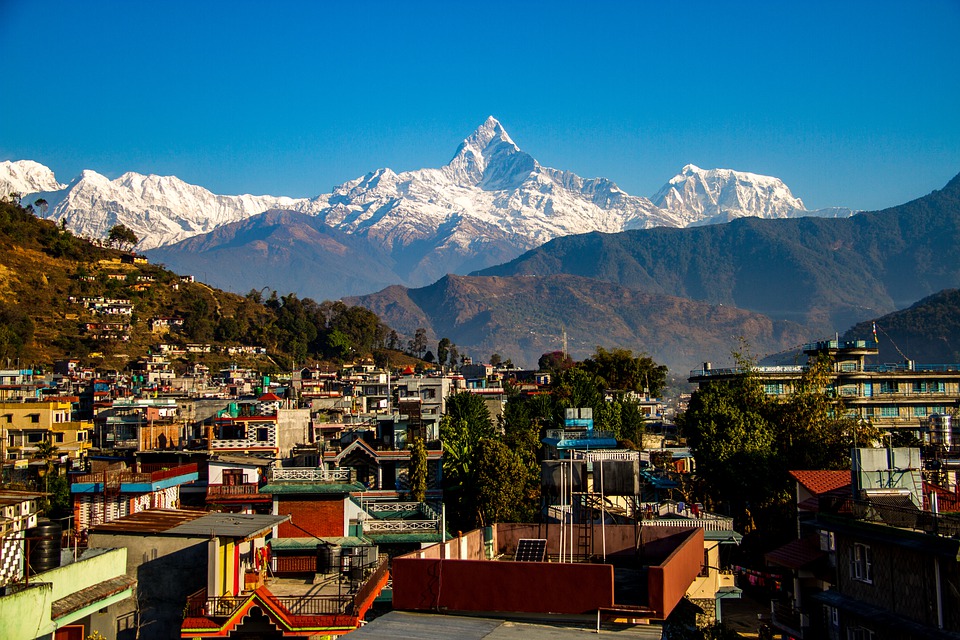 However, if you don’t feel like walking in the mountains and want to rest, you can relax by the waters of Lake Phewa. The most famous lake to visit in Nepal owes its popularity to the water activities, the reflection of the Annapurna River on its surface, and the fact that it provides energy to a large part of the valley’s population.

Have you ever been to Nepal and visited some other breathtaking places? Remember to share them with us by leaving a comment in the sections below.