8 Weirdest Fruits on Earth You Should Try

When you travel, you don’t just have to visit the monuments and have fun in the attraction places! It is also essential to discover the culture of your destination and especially to taste their food. But here, it is not about their cultural dishes we are talking about; we meant some of the unusual fruits that you will rarely find elsewhere! In this article, we list the 8 strangest fruits on Earth that you should definitely try: 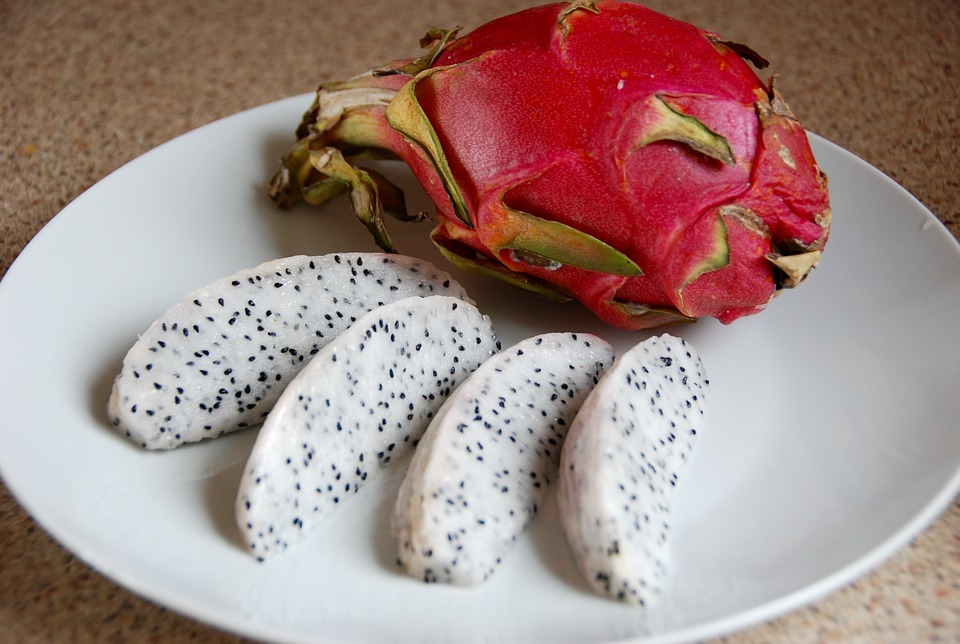 This dragon fruit is native to Mexico, but it is now found in some Latin American countries and Asia. Red, pink and green in color, its shape is stunning, and its taste is quite subtle. You can obtain two varieties: one with white and another with pink flesh, but both are spotted with tiny black seeds, somewhat similar to the flesh of kiwi fruit.

Cherimoya also called custard apple because of its soft and smooth texture, originates from the Andes mountains in South America. The conical-shaped green fruit, which has scaly skin, is now found in some tropical countries. People usually enjoy its creamy and refreshing flesh that tastes like a combination of pineapple, banana, and bubblegum.

The Kiwano is an exotic fruit native to sub-Saharan Africa. Oblong in shape, this particular fruit has a yellow-orange skin with prominent rigid horns and is filled with yellow and green gelatinous flesh with seeds. To discover the exciting lemony cucumber taste of the horned melon, simply cut it in half and scoop out the pulp with a spoon. 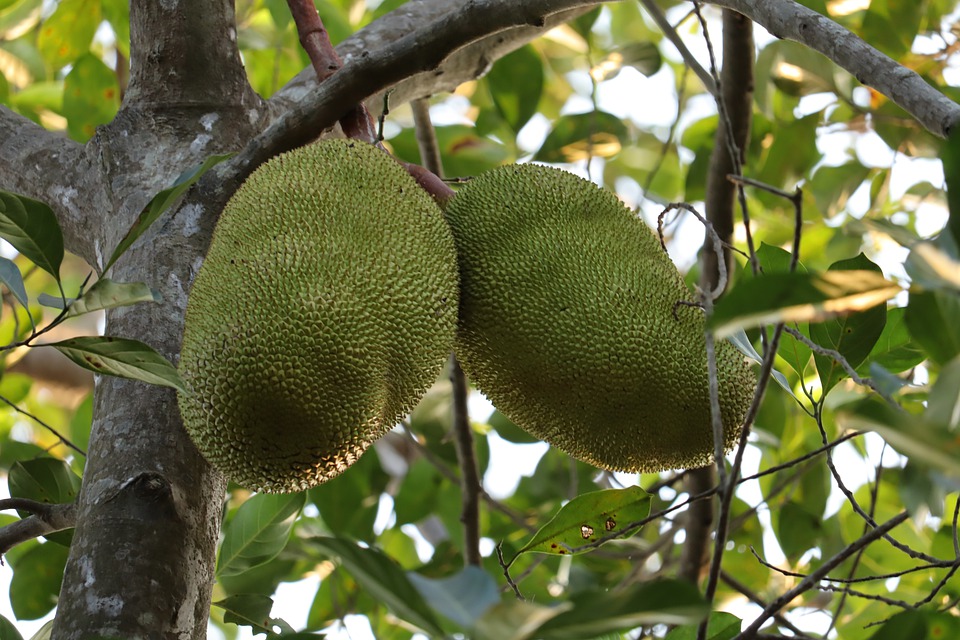 No, we’re not talking about the fruit that grows in Uncle Jack’s garden! Its name most likely comes from “jaca”, the Portuguese’s word given to this fruit. Jackfruit, which has other names in different countries, such as “chakka pazham” in southern India, is the largest tree fruit on Earth and can sometimes weigh about 36 kg. It has a green and thorny outer skin, a distinctive musky smell and taste, like a mixture of banana, mango, pineapple, and apple. It is a versatile fruit that can be used in curries when unripe.

Noni is a mango-sized fruit with a lumpy yellowish-green skin native to Southeast Asia. Also called Indian Mulberry or starvation fruit because indigenous communities ate it as emergency food during the famine, Noni is very bitter and has a distinct odor often associated with stinky cheese. Despite its unpleasant smell, it has incredible health benefits such as reducing chronic pain, inflammation, and treating diabetes. 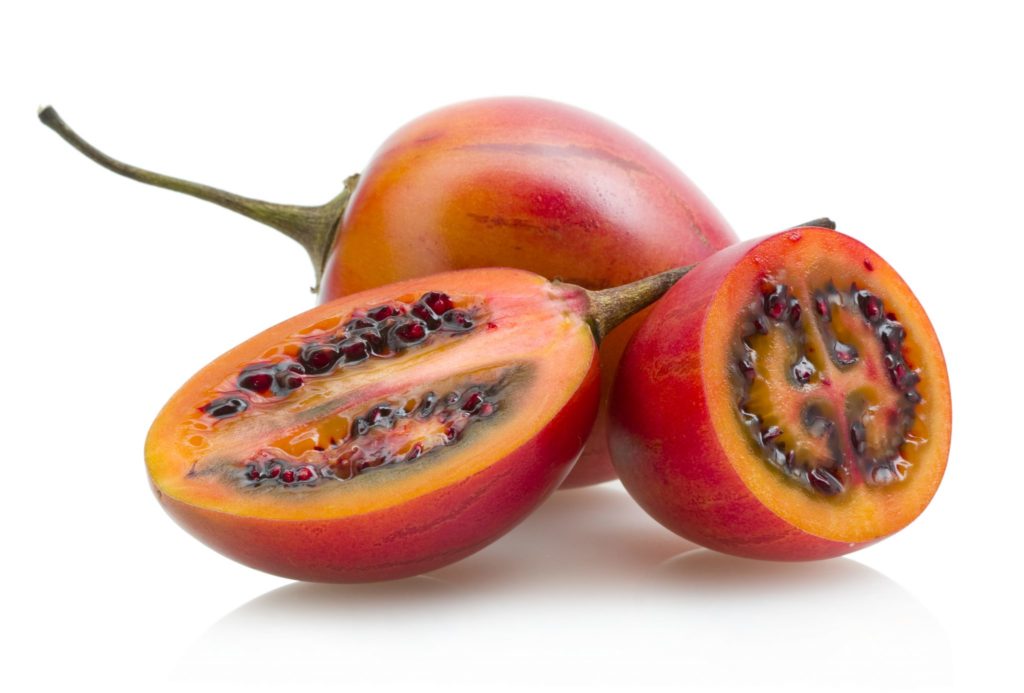 The tamarillo, also known as the tree tomato, is an oval-shaped fruit with a smooth, shiny yellowish-red skin. The flesh’s texture is beautiful and looks like a mixture of watercolor paint with a few small black spots of edible seeds. Native to South America, the tamarillo has an intense taste: slightly sour when red and sweeter when yellow-orange.

Originally called salak or salacca zalacca and originating from Indonesia, the snake fruit is now cultivated throughout Southeast Asia. It has a strange skin, similar to that of a brown scaled snake, and has a sweet and sour taste. This fruit is a popular snack in Thailand, and some snake fruits are also fermented in wine. 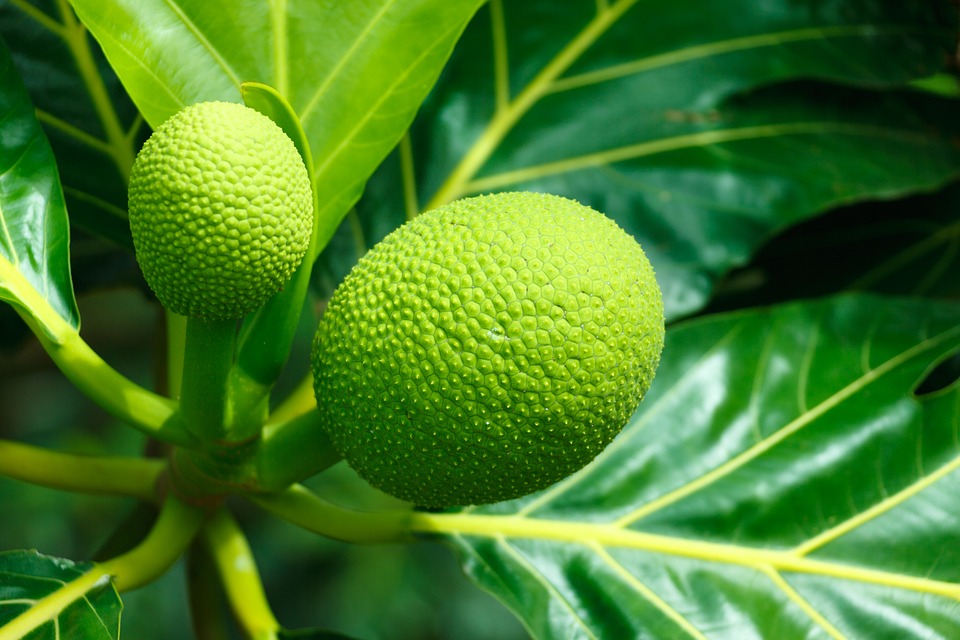 The oval green, thorny fruit is a member of the mulberry family and is famous throughout Southeast Asia and the Pacific Islands. Its yellow flesh is rich in starch and is not often eaten raw but can be baked, boiled, fried, roasted, and dried. It also has various health benefits and can even be used as an insect repellent.

Don’t forget to try these unusual fruits if you get the chance, and remember always to do a little research on the strangest foods you can eat at the destination you are traveling to. Leave a comment if you’ve ever tried one of the weirdest food in the world.