10 of the Best Dive Sites in the World

Diving is a fun, exotic sport. It is also a great excuse to check out some amazing tropical destinations around the world. Any novice or expert diver will be fascinated by what they see in the depths of some of the top dive spots in the world.

Every diver will probably have his or hers own list of favorite dive spots and numerous top 10s can be found on the web that feature different dive sites around the world. Here is our attempt to list some of the best dive spots in the world.

The Similan Islands in the western Andaman Sea are considered the best dive site attractions in Thailand. The archipelago consist of 9 islands covered in tropical jungle and equipped with white sandy beaches. The views under the water surface are even more impressive. There are 2 different kind of dive spots around the Similan Islands. East facing dive sites consists of gently sloping coral reefs while west facing dive sites feature massive granite boulders, covered with hard and soft corals. Depths can range from 15 to 40 meters in this area with species that include trigger fish, cow tail rays, and sand animals.

Although the Maldives are probably best known for its tropical beauty it is also has some of the best dive spots in the world. What is particularly fascinating about diving excursions in the Maldives is not the reef itself, but the wide variety of species you can catch a glimpse of. The reefs around the Maldives are are home to parrot fish, sweetlips, colorful sponges, and a number of invertebrate species. Other local species that live on the soft coral provide the nutrients for large schools of fish to feed in the reefs. But remember to watch out for the barracudas lurking in the water. 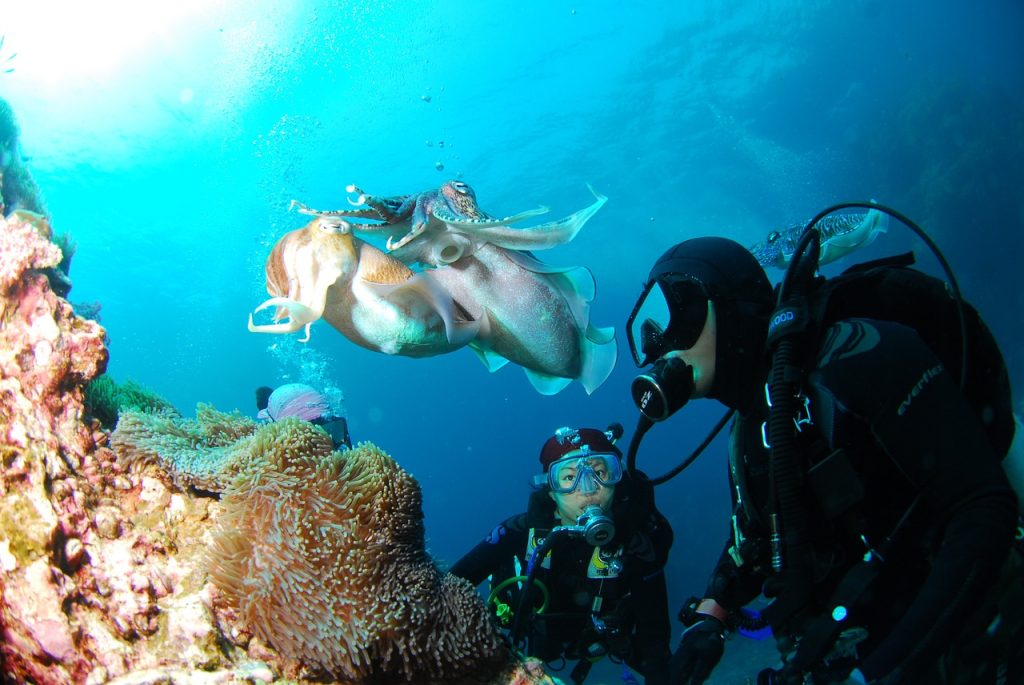 Located at the north of the island of Sulawesi in Indonesia, Bunaken is one of Indonesia’s most famous dive and snorkeling areas. The best time for diving is between the months of April and November, although diving is not restricted at any time. Bunaken is part of the Bunaken Marine Park where you can see more than 70% of all fish species that live in the western Pacific ocean. That’s a pretty good deal for a single dive.

The Great Blue Hole has been named one of the top scuba dive spots on Earth and is one of the top attractions in Belize. This massive sinkhole under the water is near the Lighthouse Reef and creates a perfect circle of deep blue water. The blue hole was created by the collapse of a limestone cave system thousands of years ago. Here divers can expect to see many species including angelfish, groupers, and neon gobies.

Cocos Island is located about 300 miles off the Pacific coast of Costa Rica. This jungle-covered island is mostly uninhabited and provides an excellent diving escape. Cocos Island is a shark-lover’s dream. Species found in the area include whale sharks, hammerheads, and white-tip sharks. Other species include mantas and tuna.

Located off the east coast of Malaysian Borneo, Sipadan is a legend among expert divers. The area is full of exotic species including a rainbow of reef fish, sea turtles, and hammerhead sharks. Recently, Sipadan has became a protected area and all the resorts on the island are now closed. Diving is still allowed but divers are ferried in and out from the mainland and surrounding islands and only 120 dives are allowed daily. If you are lucky enough to get a dive permit however, you’ll experience some of the best scuba diving anywhere in the world. 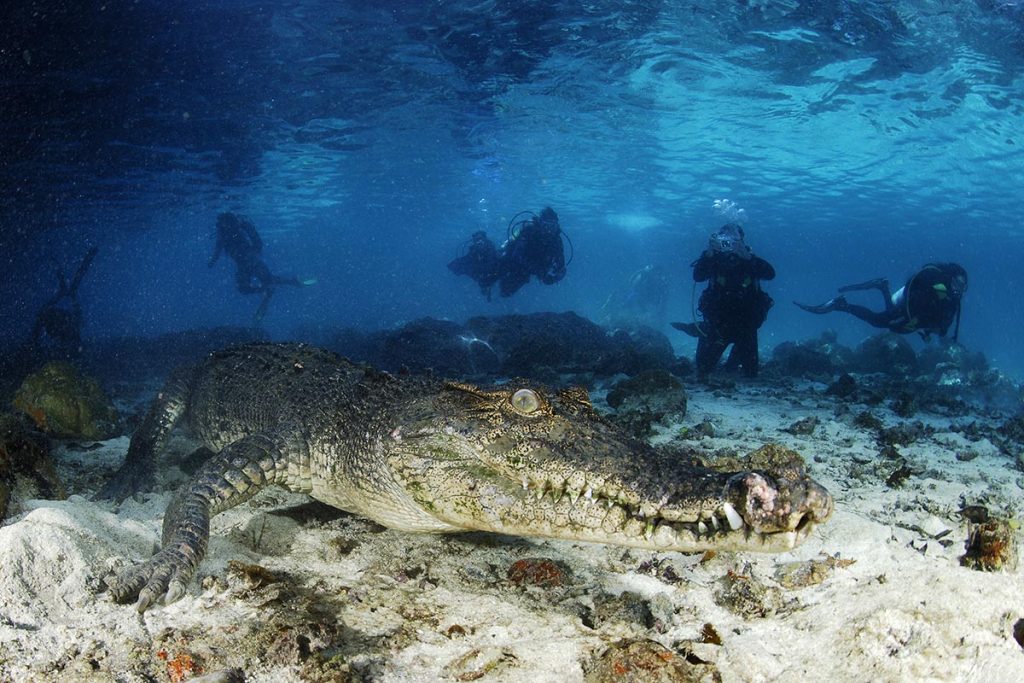 Palau is a wonderful diving area in Micronesia. It is one those areas where divers become historians. Palau is famous for its World War II shipwrecks. Because the Pacific Ocean was one of the areas where most sea battles occurred at the time, there are numerous artifacts that now serve as home to fish species including lionfish. The wrecks at Palau are recommended for experience divers.

The Galapagos Islands are the second largest marine reserve in the world with 70,000 square kilometers (43,496 square miles) of protected water and coastline, second only in size to Australia’s Great Barrier Reef. This means that no commercial fishing takes place in the area. Unlike most popular diving destinations, reefs are not the primary attraction in the Galapagos. Instead, the big attraction here is the sheer abundance of marine life. Some of the best dive spots can be found around the waters of Darwin and Wolf islands, home to several different species of sharks, including Hammerheads, and Galapagos sharks.

The Red Sea is one of the most beautiful places in the world to go diving and the holiday resorts along its coast are popular tourist attractions in Egypt. The waters of the Red Sea are renowned for their spectacular visibility and features some of the most exotic seascapes. With its wide expanse of coral formation on the reefs, it is home to thousands of different sea creatures.

Do you have any other diving sites you love? Share them in the comments below.

Where To Travel This Season?

“To travel is to discover that everyone is wrong about other countries.”- Aldous Huxley

Every now and then you need to get out of the house and travel- through the city, the state or abroad. Though it is true that many people like to travel during different seasons, choosing the best season more complicated. 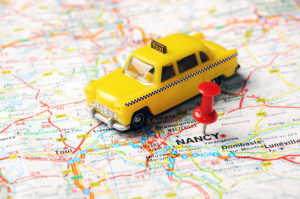 Summer traveling does not always mean the sea and the sun. It also means exploring new countries and new cultures. Yes, summer can be hard to beat, but at the end of the day, the beautiful sunsets and warm nights are just what bloom hearts. Making memories through an African safari or having a memorable experience in the Southern part of Australia is the summum of a summer travel. This summer, travel to places like Australia, South Africa or Fiji Islands where you have never been to before and explore with no limits! 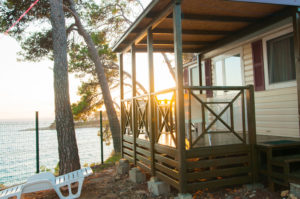 Winter can be unbearable due to the heavy snowing and the different health risks that exist. However, we recommend traveling in winters as the beautiful snowy mountains of Europe or the Christmas season. Enjoy the winter sun at the Yucatan coast or in Sri Lanka. Winter traveling is perfect as it opens more opportunities to explore places like museums, extraordinary architecture and the infinite cultural mysteries. This winter, learn more about countries like Finland, Norway or Scotland for their endless beauty and marvelous history! 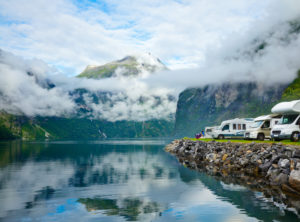 Whether it is summer or winter, we should always have a bag packed for a quick getaway!