Everything You Need To Know About The Traditional Moroccan Mint Tea

Moroccan tea is like a mixture of Chinese green tea and Moroccan mint. It is a flavor that has become known and loved around the world. This mystical combination of black tea and mint makes it one of the finest teas in the world. Morocco is currently the world’s sixth-largest tea-drinking country.

In this blog, learn about Moroccan tea, including its origins, how it is made, and what makes it an integral part of Moroccan culture!

Moroccan tea is emblematic and renowned worldwide. However, it is less clear how this tradition originated.

In the 19th century, after the Crimean War (1854), the British began sending large quantities of tea to Morocco because tea was no longer profitable. The fact that Morocco became a new market for tea probably means that tea had not been consumed in large quantities before, or that there was no local demand for tea.

A more peculiar theory is that nomadic Berbers and others brought tea to the area around the 12th century. However, this appears to be quite improbable, as it does not appear in the historical records of the region.

During the 20th century, tea spread across Morocco and was enjoyed by people of various social classes and not just the elite.

In the 1960s, the country founded the Office of Tea and Sugar to manage Morocco’s tea and sugar industry, which had proven to be a highly successful business.

Gunpowder is ordinary Chinese tea made by rolling tea leaves into small pieces. Because they are compressed, they are stronger than regular tea leaves. It is called gunpowder because it resembles old-fashioned gunpowder.

Gunpowder tea first appeared more than 1,000 years ago during the Tang Dynasty, making it one of the oldest green teas globally and one of the first green teas exported from China.

Today, gunpowder is a staple tea consumed in Morocco and is irreplaceable for Moroccans.

Some of Morocco’s famous gunpowder teas brands are: 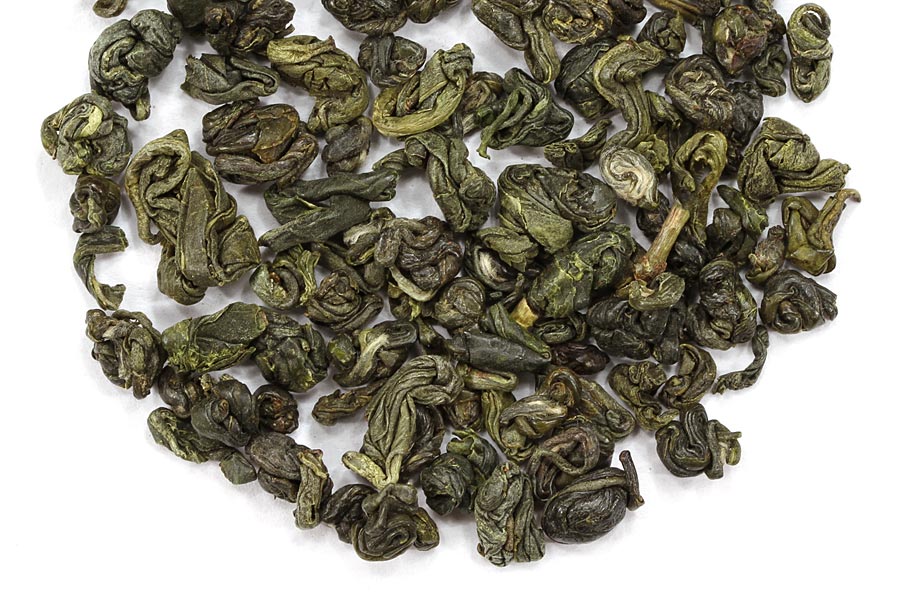 It is still not well defined why Moroccans use mint and other herbs in their tea, or how this rather uncommon practice originated.

While tea is a relatively new drink in Morocco, some believe that other herbal beverages have been consumed for centuries.

Consequently, it is likely that the old and new traditions merged into what is now known as Moroccan mint tea.

Moroccan mint tea is the most well-known type of Moroccan tea. But there are others, such as absinthium, verbena, marjoram, and sage, used in teas, especially in northern Morocco. In the south, though, a pinch of saffron and aniseed are preferred. 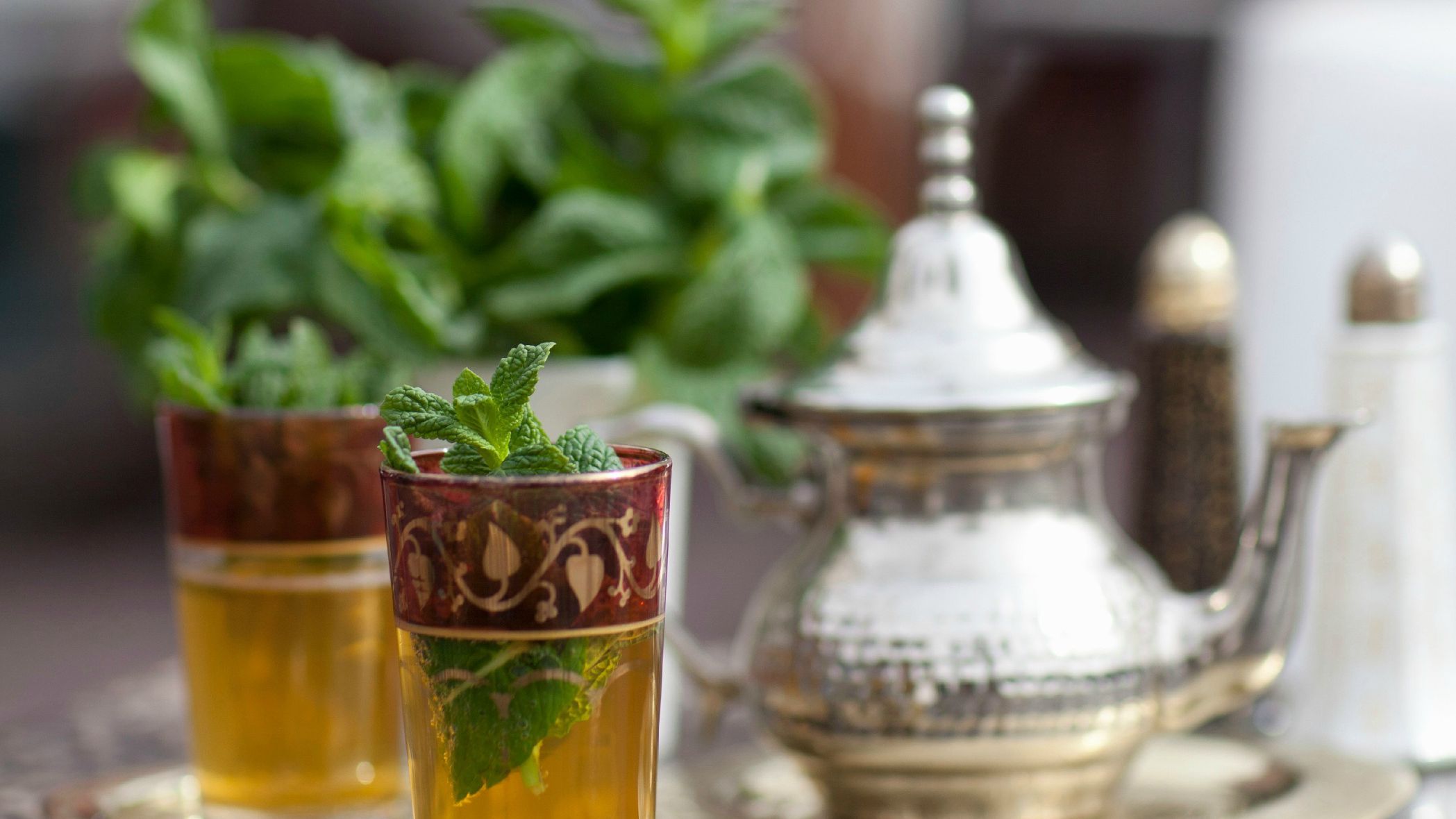 Moroccan tea has all the benefits usually associated with green tea. It is rich in antioxidants and can help you lose weight while reducing the risk of cancer and heart disease. In addition, mint is known for its various health benefits.

It is excellent for improving brain function, easing digestive problems, fighting cold symptoms, and killing bad breath. In short, green tea and mint are foods that should be included in your daily diet.

The best way to do this is to drink at least one cup of freshly made Moroccan mint tea daily.

How is Moroccan tea consumed in Morocco?

Moroccan tea is traditionally brewed and served in a Moroccan-style tea set consisting of three silver pots containing tea, mint, and sugar on a beautiful silver tray. These ingredients are mixed with hot water and then ready to serve.

Teapots are usually made of silver and are engraved. Moroccan carved teapots are beautiful but are typically saved for guests or special occasions.

Uusally, a more practical teapot is used since Moroccans cosume tea three to four times a day. Hence, most people choose one that is durable and one that can be cleaned in no time.

A tea service set may include a hand-washing set for guests and the tea maker. This set, called a “gessal,” consists of a teapot and a large bowl. The porter places the bowl under his or her hands and washes them with a slow stream of water.