6 Places Everyone Should Visit In Florida

Florida is one of the wildest states in America, and this can be seen by all those crazy headlines that come from the sunshine state. However, Florida is a beautiful state with a rich history, so through this blog, we go through 6 of the main places you ought to visit if you ever find yourself in Florida. 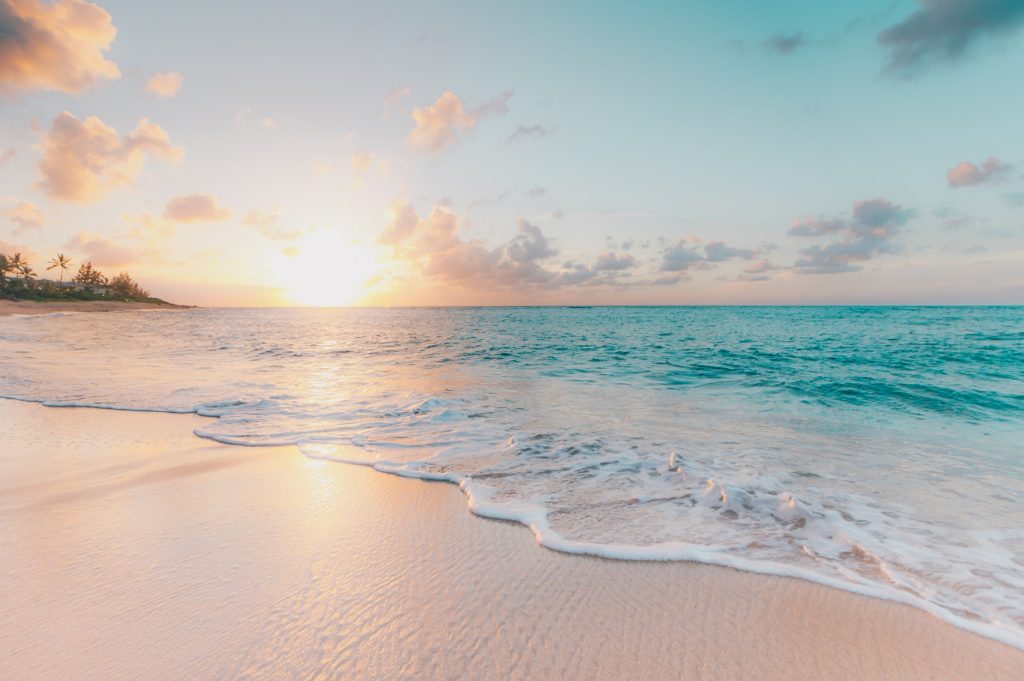 Located about 100 kilometres south of St. Augustine, Daytona Beach is the city (during spring break) of parties and, of course, of all things motorsports. The love of cars is not only visible at Daytona International Speedway, home of the annual Daytona 500 NASCAR race, but also on the beaches: thanks to the compact sand, and it is technically possible to drive a car in the ocean.

If you have the opportunity, rent a car, load it up with friends, and everything you need for a beach barbecue, then head to an authentic American beach for a full day of waves and beach fun. Take advantage of the opportunity to watch the passersby on the boardwalk and visit the many restaurants and stores before taking a few rides on the carousel and Ferris wheel at a real amusement park steps away from the beach.

The city of Fort Lauderdale, about a 40-minute drive north of Miami Beach, is known for its boats and bling. Not only is the city home to one of the world’s largest cruise ports, but it is also the international capital of yachting and (therefore) a popular vacation destination for the rich and famous.

A boat trip through the Millionaire’s Row of America’s Venice is a tourist treat for the privileged few. You’ll marvel at the glitz of yachts parked in front of impressive mansions that are even more luxurious. If you don’t own a yacht, don’t worry, gondolas and water cabs are a fun way to explore Fort Lauderdale’s many canals and waterways. 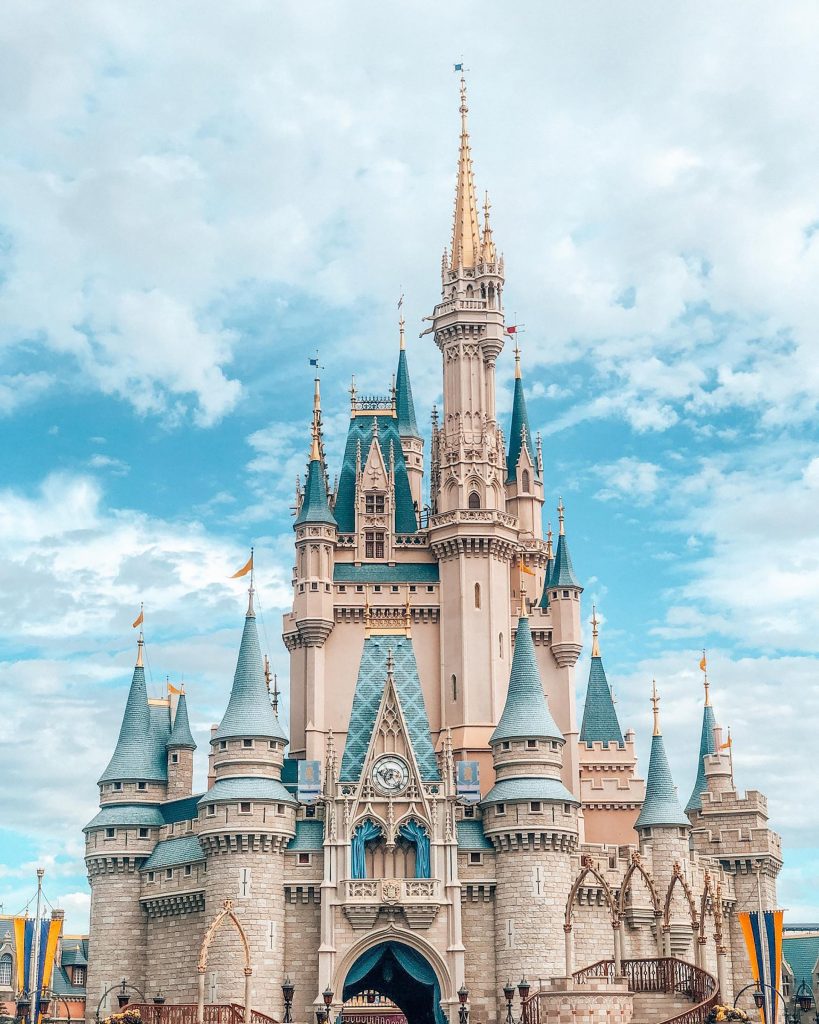 Let’s leave the little beach theme park and take on its big brothers in Orlando- about 100 kilometres to the southwest. Welcome to Walt Disney World and its four Disney theme parks: Magic Kingdom, Animal Kingdom, Epcot, and Hollywood Studios.

Oh, and let’s not forget the two water parks that also join the (endless) fun. Save your energy because the best is yet to come, especially if you are a Harry Potter fan. Under the sun of Universal Studios Orlando, dive into the magical world of Harry, Hermione, and Ron- it’s simply a behind-the-scenes trip to everyone’s favorite wizarding movie.

With more than 200 islands, the Florida Keys archipelago, which starts in South Florida and reaches the Gulf of Mexico, some 300 kilometers away, is like a string of pearls. Breathtakingly beautiful pearls. The islands are connected by various bridges, of which the Seven Mile Bridge is the most famous- yes, you’ve guessed it, it’s a seven-mile-long bridge.

At the end of Route 1 in Key West, the southeasternmost island in the Florida Keys- from here, Cuba is only 90 miles away! If you like cultural activities, visit the Ernest Hemingway Home & Museum, home of Nobel Prize winner and literary genius Ernest Hemingway and a host of cats (about 50 of them have six toes and are direct descendants of Hemingway’s famous polydactyl cat Snow White).

Of course, it’s not all cats in Key West- check out the countless butterflies at the Key West Butterfly and Nature Conservatory before stopping by the many restaurants, bars, and stores along Duval Street (anyone wants seafood?). The welcoming atmosphere and legendary friendliness of the Conchs- the nickname for the people of Key West- give the area much of its charm. 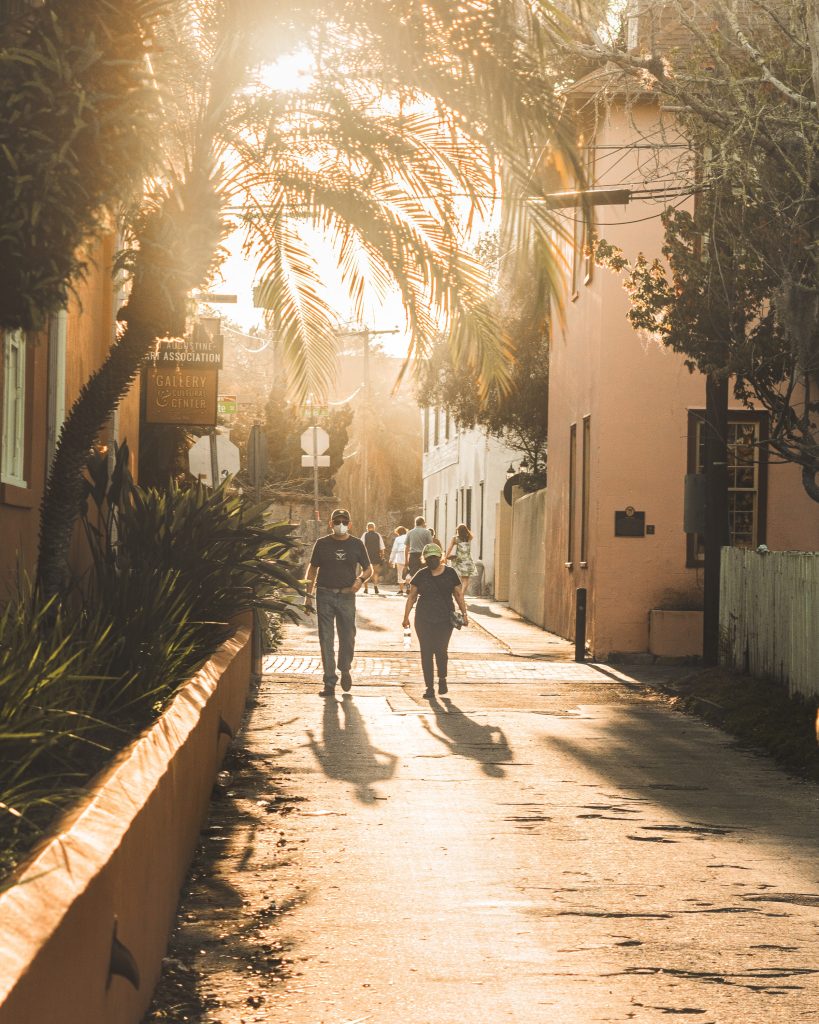 St. Augustine, the oldest permanently occupied European colony in the Americas, was founded in the 16th century by the Spanish explorer and conquistador Juan Ponce de León. The city is famous for its colonial-style architecture and Spanish-inspired atmosphere. From the impressive Spanish fort, Castillo de San Marco, to the Ponce de Leon Hotel, now part of Flagler College, to Villa Zorayda, the city’s palace inspired by the Spanish Alhambra in Granada, St. Augustine’s unique old-world charm lives on in the colonial district.

Along the Atlantic coast, East of Orlando, is Cape Canaveral and the Cape Canaveral Air Force Station, and NASA’s John F. Kennedy Space Center. It was here that Apollo 8- the second US manned mission and the first manned spacecraft to orbit the moon- was launched in 1968. To learn all about the history of space travel, head to the visitor center and prepare yourself for a truly out-of-this-world experience.

Always wanted to meet an astronaut or see a spacecraft launch? Well, congratulate yourself and go live to the rocket launch simulator to experience a complete spaceship launch! If you prefer a more down-to-earth experience, soak up the sun or surf the waves at Cocoa Beach (strangely enough, the place has nothing to do with chocolate).