Top 4 Things To Do In New York

Often referred to as the most exciting city in the world, New York is a place to visit at least once in your life. It is home to one of the biggest and best gay scenes in the world. You’ll find endless iconic locations. So many movies take place in New York- you feel like you’ve been there before you get there.

New York is the most densely populated city in America. If New York were an independent country, it would be among the ten richest countries in the world. It is a cultural, media, and financial powerhouse, and beautiful people flock to its streets in search of that Big Apple dream. So, without further ado, let’s dive into this blog and learn some of the places to visit in New York. 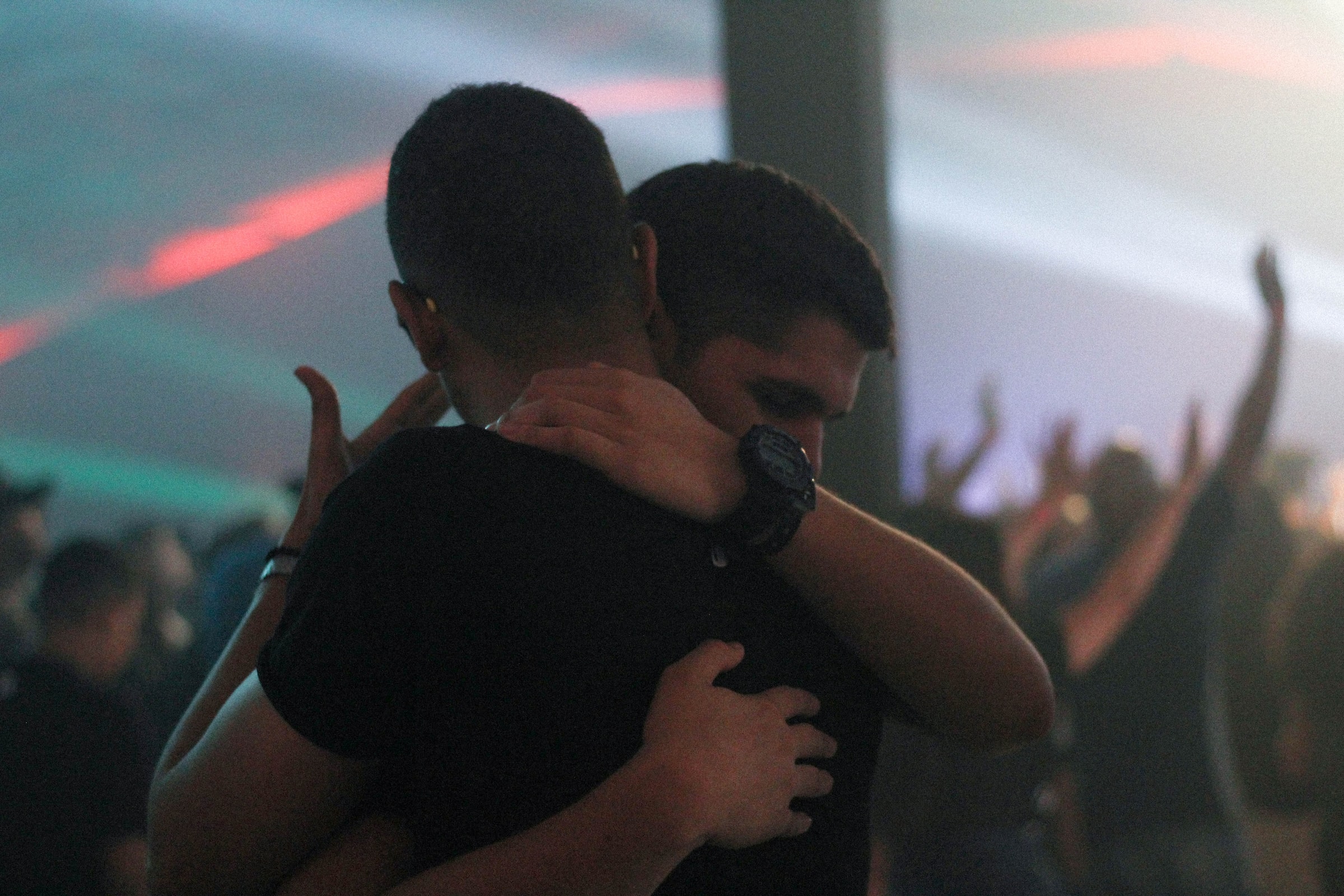 New York has a world-class gay scene. LGBT+ Americans have long considered New York a safe haven. Before social attitudes became more liberal, New York was the place to be if you were gay. It is still home to one of the largest LGBT+ communities in the world.

New York doesn’t have gay hotels, as Berlin or Palm Springs do. As one of the most gay-friendly cities in the world, gay travelers can expect to feel welcome in all New York hotels. One of the best areas in New York for hotels in Greenwich Village / Chelsea. Here you will find some of our most booked hotels in New York. The high-standard line is particularly popular with gay travelers.

It hosts a notable party during pride and has an excellent rooftop bar. It is also a fifteen minute walk from the iconic Stonewall Inn. St. James New York is also one of our most booked hotels. It is located in SoHo, near the Brooklyn Bridge. Greenwich Village and Chelsea are within easy walking distance. A stylish and reliable choice for your stay in New York. Many tourists will stay in Times Square, but we wouldn’t recommend it unless you are dazzled by the bright lights. 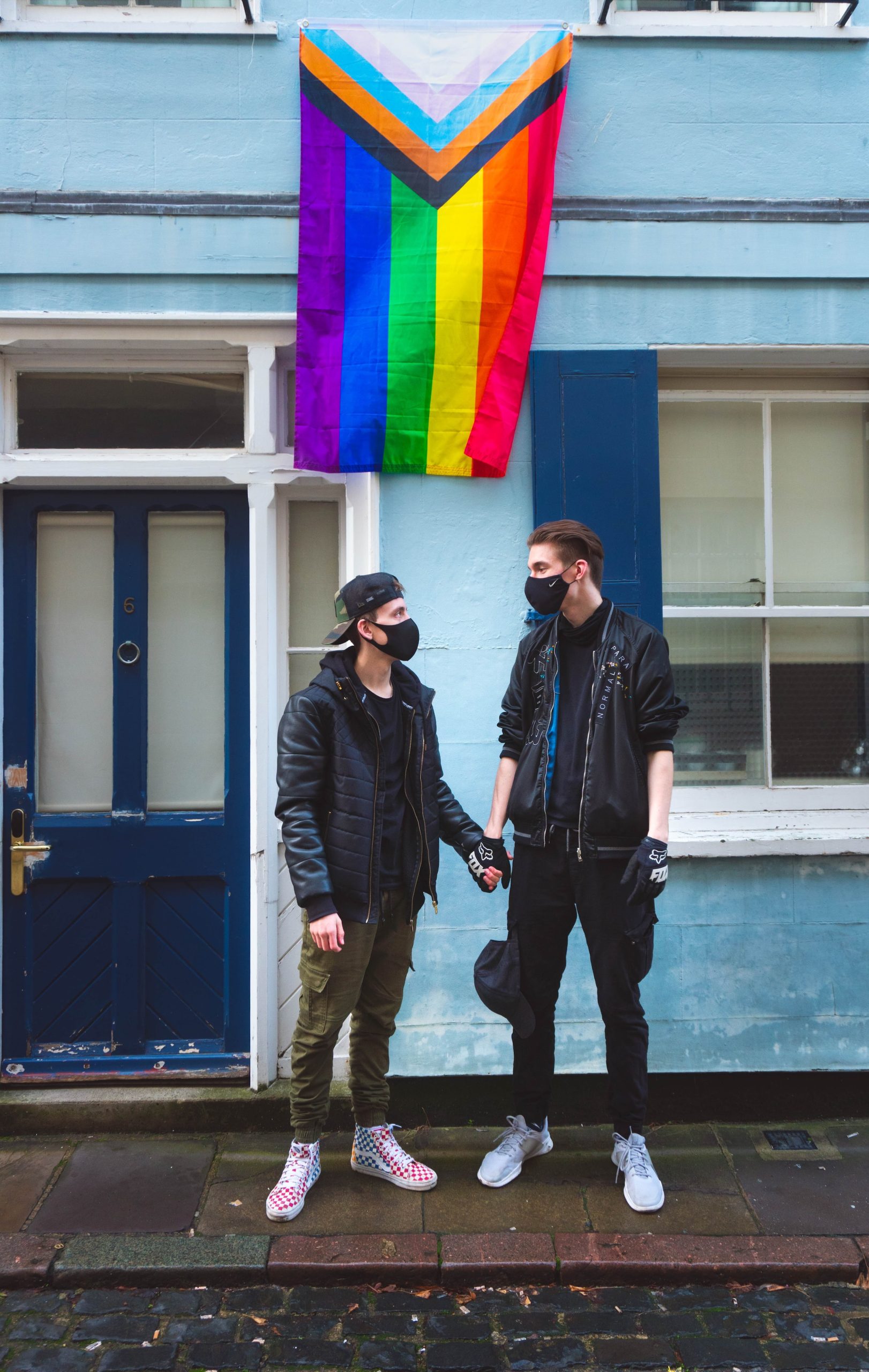 New York has a legendary gay cultural scene. All gay travelers to New York should visit the Leslie-Lohan Museum. It is located in SoHo and is one of the only LGBT+ history and culture museums in the world. You’ll see famous works of art by major LGBT+ artists, such as Andy Warhol.

You’ll also see strange curiosities by unknown New Yorkers. One of the most exciting museums in New York is the Museum of Sex. It is, quite simply, a museum dedicated to sex. The iconic Metropolitan Museum of Art is also a must-visit- it’s home to some of the world’s most famous artists and the legendary Met Gala every year.

New York’s theatre scene is arguably the best in the world. Naturally, many theatre practitioners are LGBT+. The Duplex is an iconic theatre in Greenwich Village. Some great gay icons have performed here, including Barbra Streisand and Joan Rivers. Check out our full guide to New York’s gay culture here. Be sure to expand your mind bet.

8 Terrifying Hiking Trails Around The World

Many hikers like to choose routes that challenge them. A problematic route can often be a real highlight. Some paths are even downright dangerous, but the thrill is guaranteed. Here are some of the most dangerous hiking trails in the world:

If you ignore the fact that wild bears, wolves, and cougars live here, chances are you’ll feel safe on the West Coast Trail. Despite the dangerous animals, the West Coast Trail attracts hundreds of hikers each year for its beauty. But be careful; the steep slopes, wooden stairs, and bridges are not suitable for those with a fear of heights. 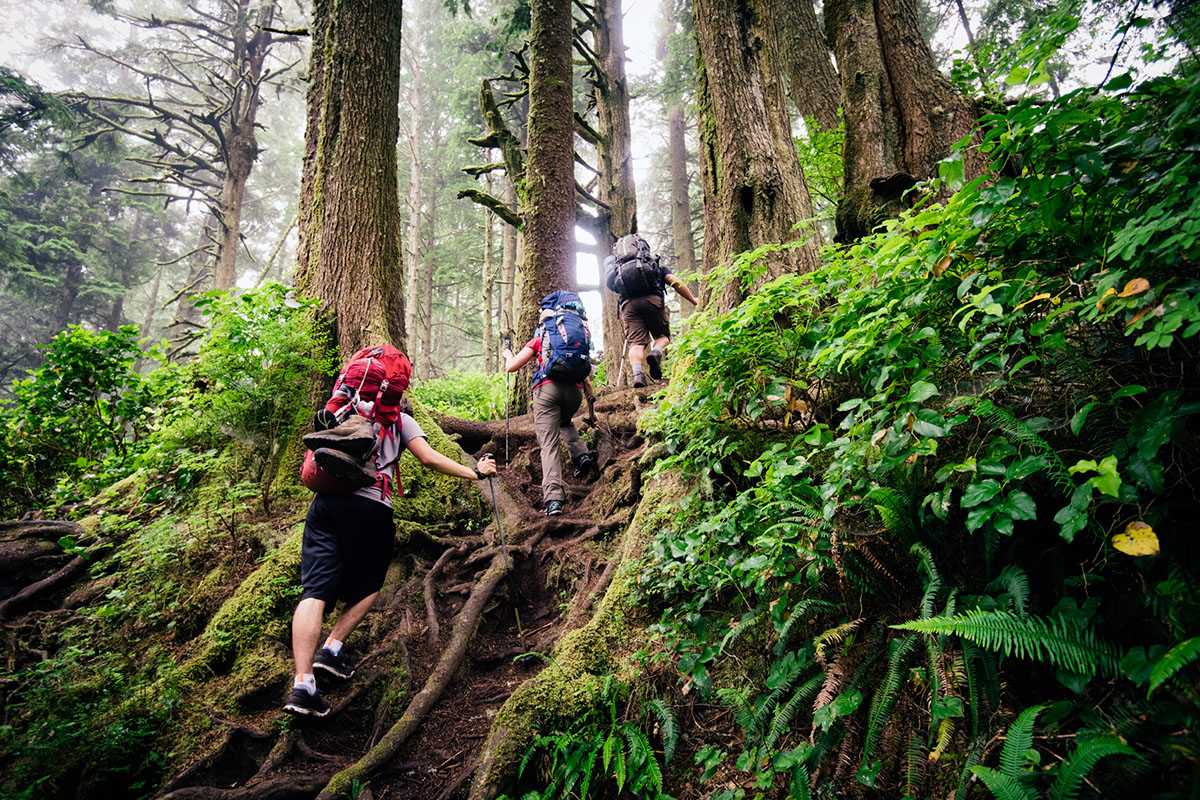 Experienced hikers are unanimous, this might be the deadliest hike in the whole world. Although there are no official figures, some estimates claim that this hike is the final destination for up to 100 people a year. If you look closely at the route, you’ll see that much of it must be done on small boards bolted to the side of a cliff.

The Peek-a-boo Gulch is a trail full of small enclosed spaces. It is not suitable for those who have claustrophobia. But if you handle it right, you’ll be able to endure every last red sandstone canyon. You’ll have to squeeze through the tiny passages and swim through a mud puddle, but the beauty of the canyon makes it worth it. During the Caminito del Rey trail, hikers have to make their way for more than 3 kilometers over the construction of concrete and steel paths attached to the sheer cliff face. We have to say that the 3 kilometers mentioned above are correct, but that large parts of the construction have sunk into the depth due to wear and tear. The hiker will have to save himself with a dose of guts and a short prayer on the missing parts.

The Kokoda Track is difficult to pass and is also far from civilization. If something happens to you, the chances of rescue are very slim. The route goes through the Owen Stanley Mountains. It will take you between 7 and 10 days in total. The climate is extreme. During the day, it is scorching hot; at night, it is freezing. The risk of malaria or other tropical diseases is also very high.

As far as hiking goes, this might be one of the easiest routes on the list. Depending on how fast you go, it only takes about an hour to two hours to get there and back. The path isn’t too difficult either. So what makes this hike so scary? Well, Mount Pinatubo is an active volcano, known to erupt at times geologists least expect. Take 1991, for example. An unexpected eruption of this giant then cost the lives of 800 hikers who were hiking the mountain at the time? So, is it getting a little warm under your feet yet? 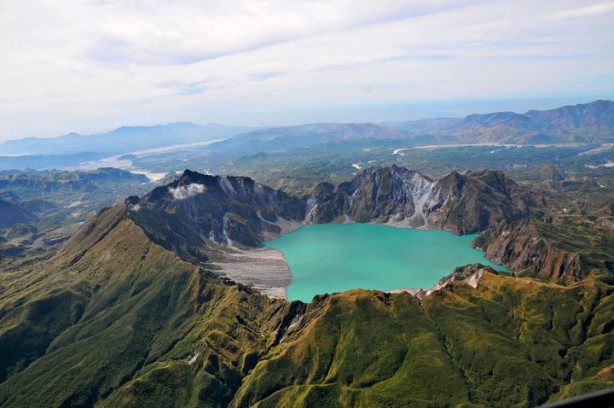 New York boasts impressive buildings and one of the most challenging hiking trails in the United States, just a two-hour drive from Manhattan. Be prepared for extremely rocky terrain- some of the slopes are almost vertical! Besides, there are many tricky parts, waterfalls, and challenging descents. And last but not least, watch out for black bears! 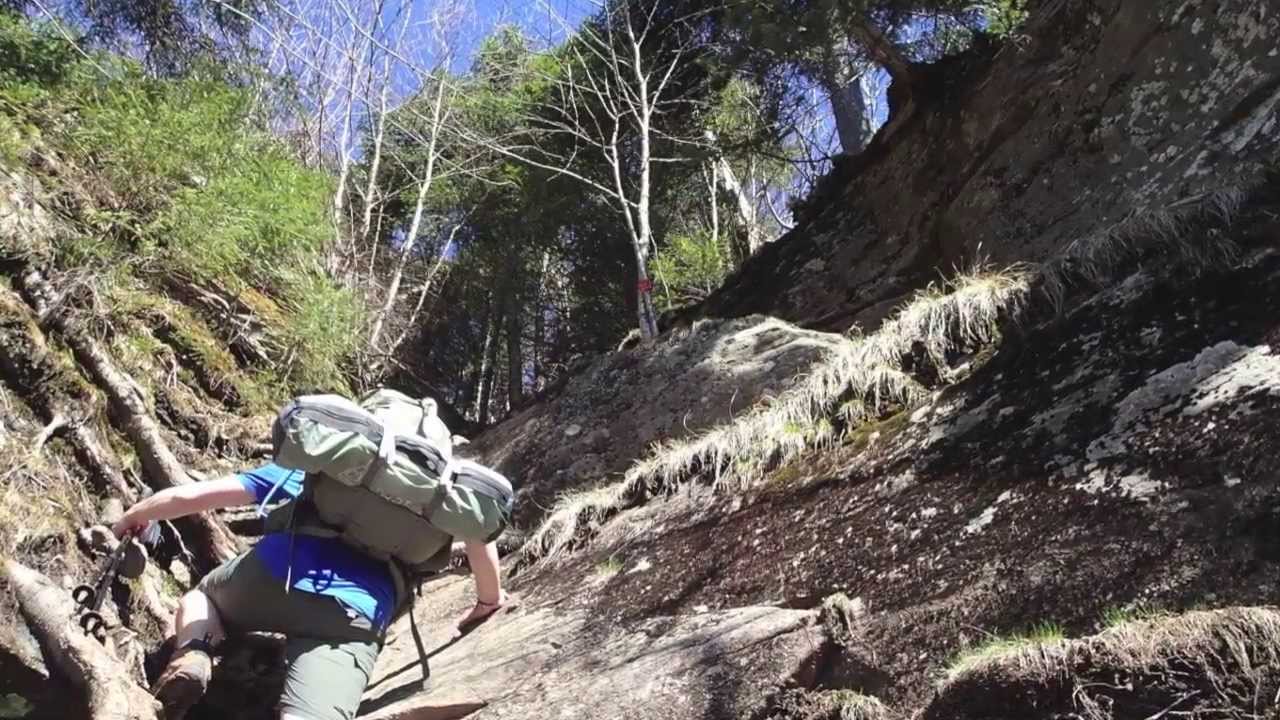 This route takes at least a few lives a year, which is why it is known as “The Walk of Death”. I hear you thinking, a staircase, what could be so deadly? However, it’s the deadliest 1000 steps you’ll ever climb. Many of the steps of the Inca granite staircase are worn out; crumbling would be better. The slightest rain makes the stairs look like an ice rink. Going up is not that difficult if you have a bit of fitness. It is the way back that some unlucky ones produce a slip that they can no longer count. If you’re already afraid of heights when climbing regular stairs, you better skip this one! 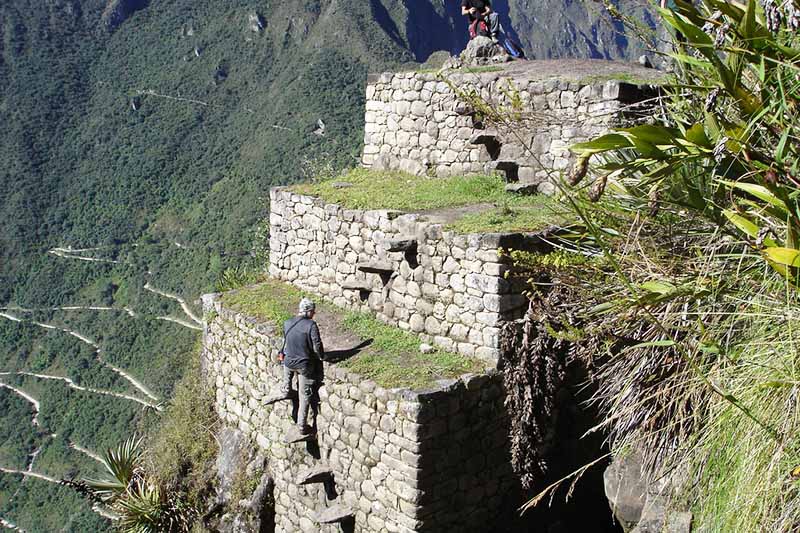 Have you tried any of these trails? Share your experiences with us in the comments below! 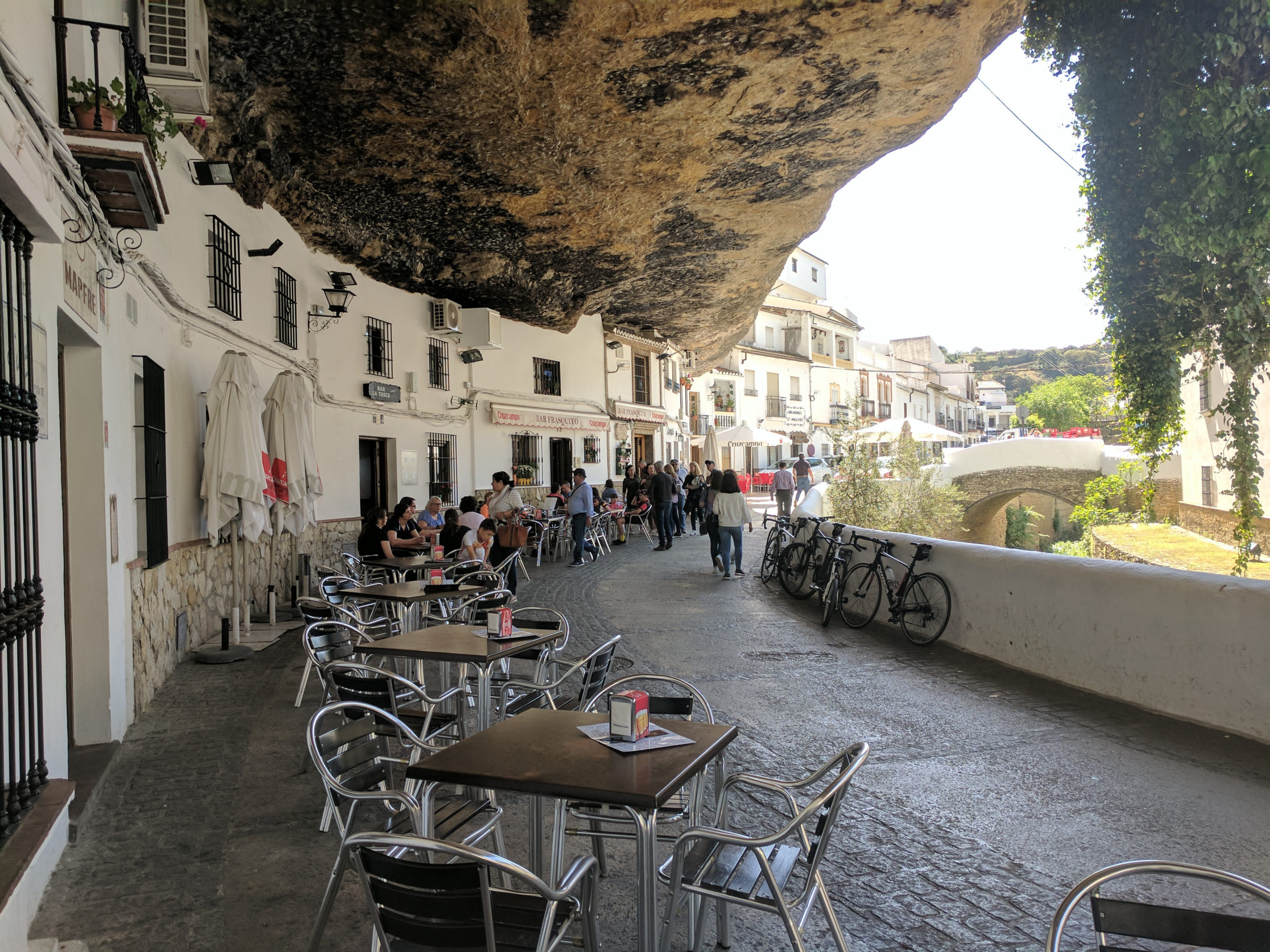 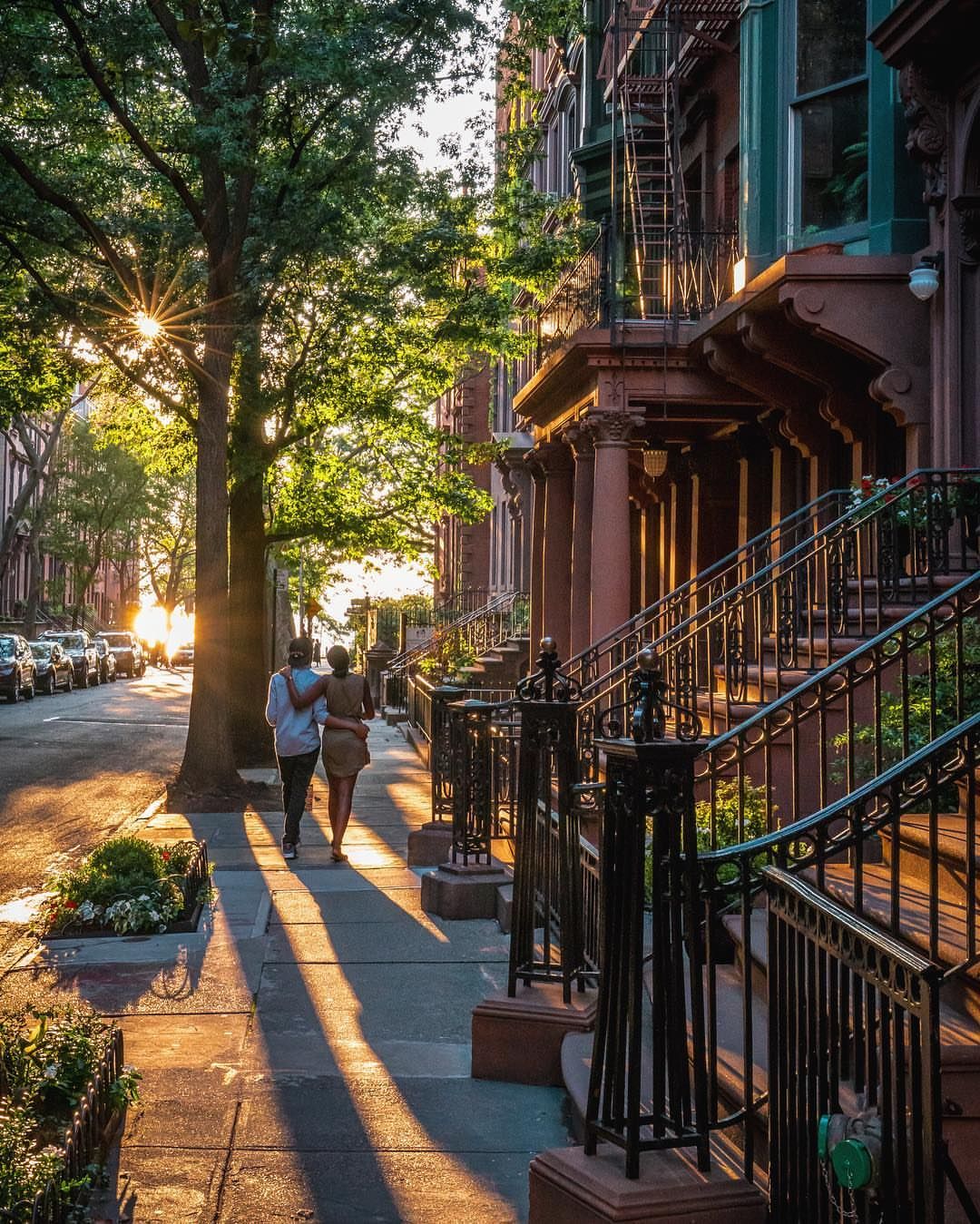 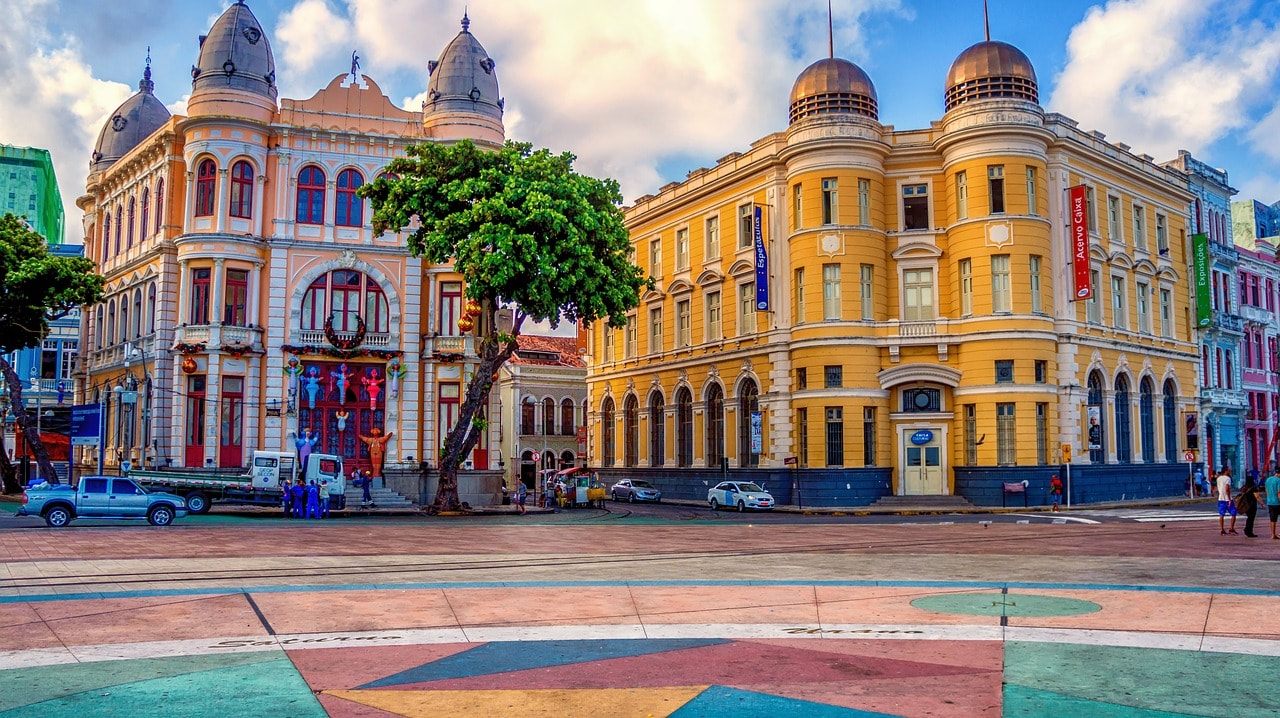 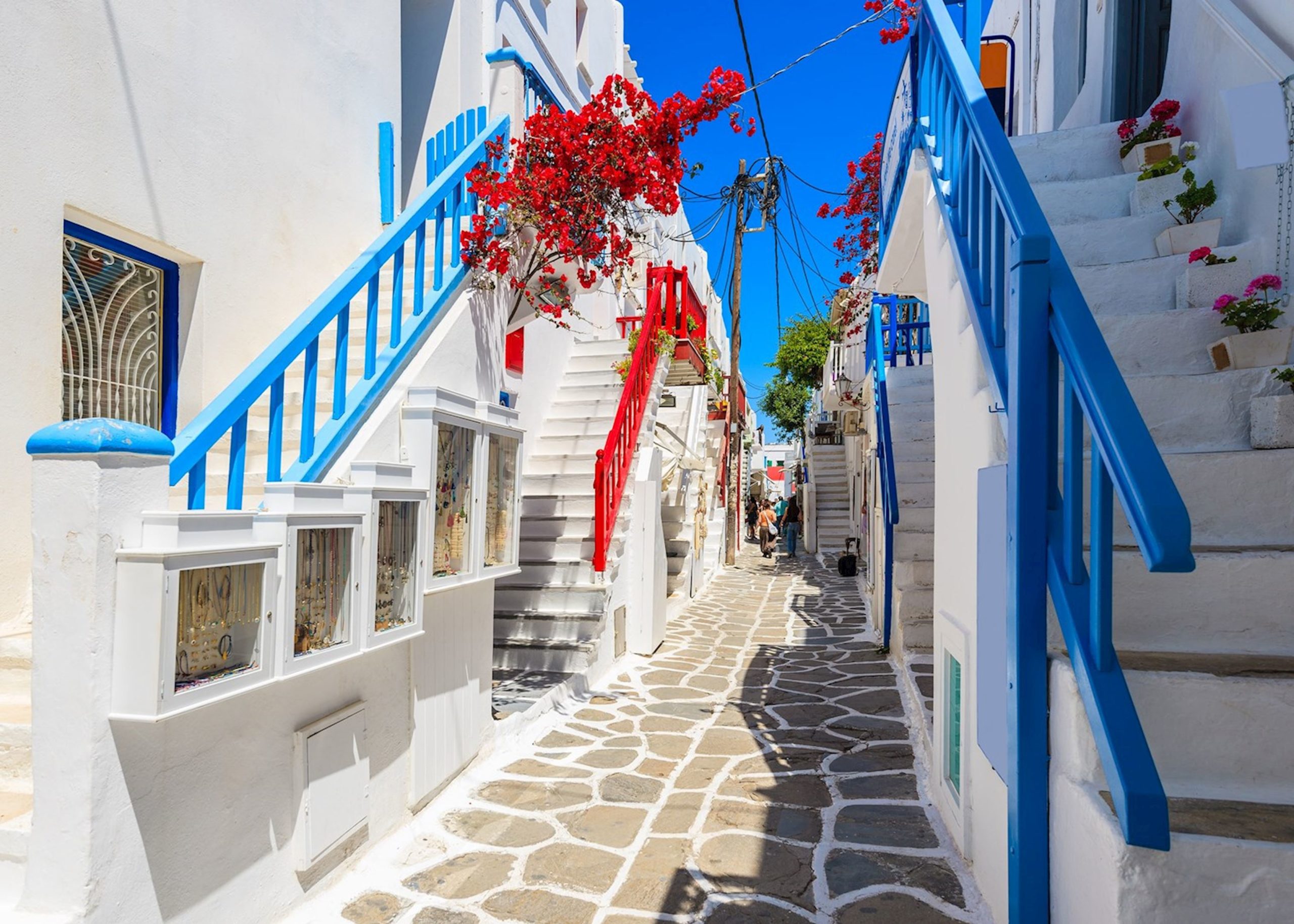 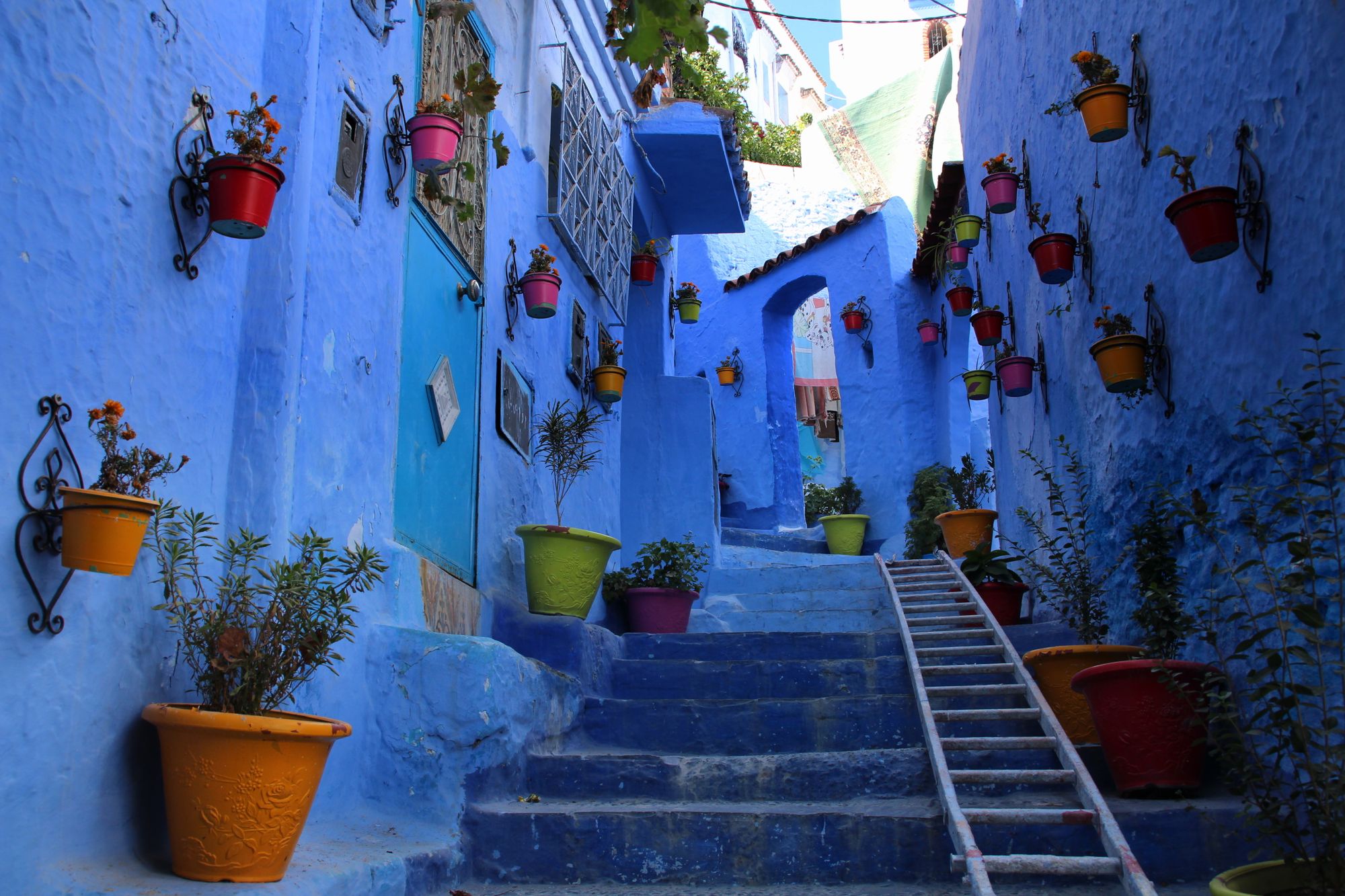 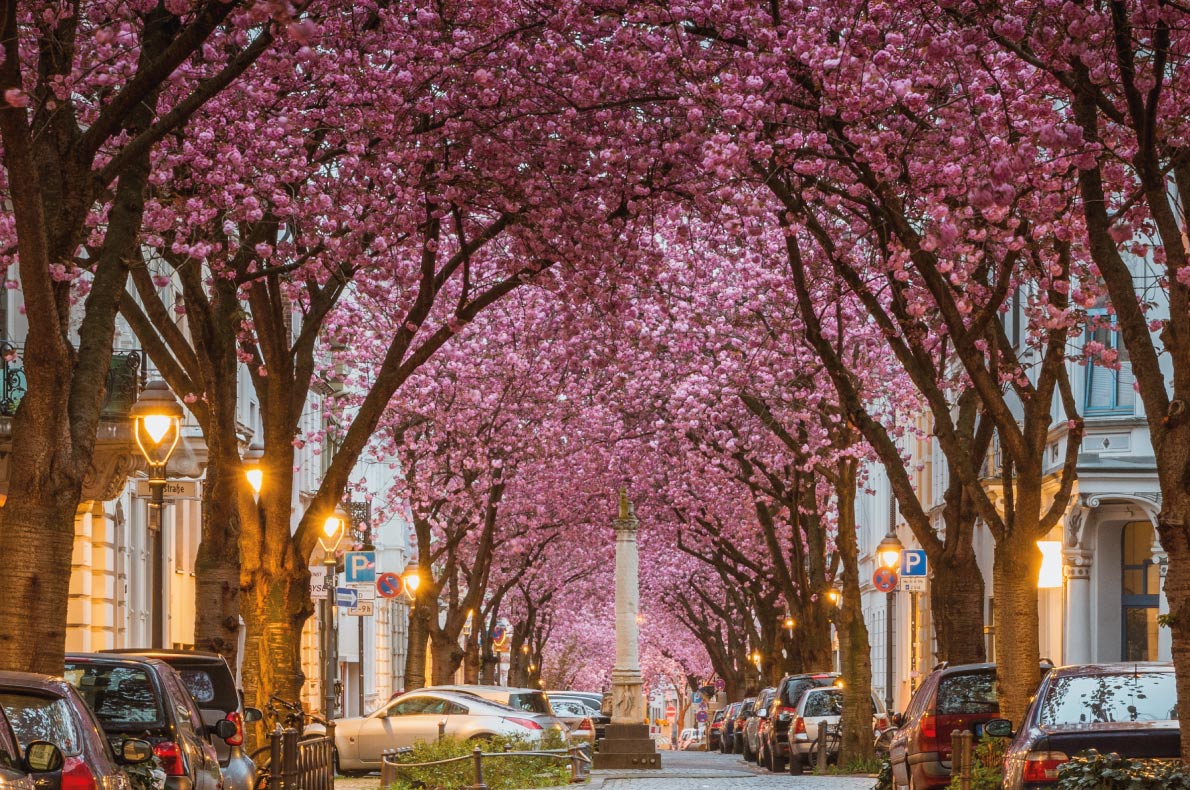 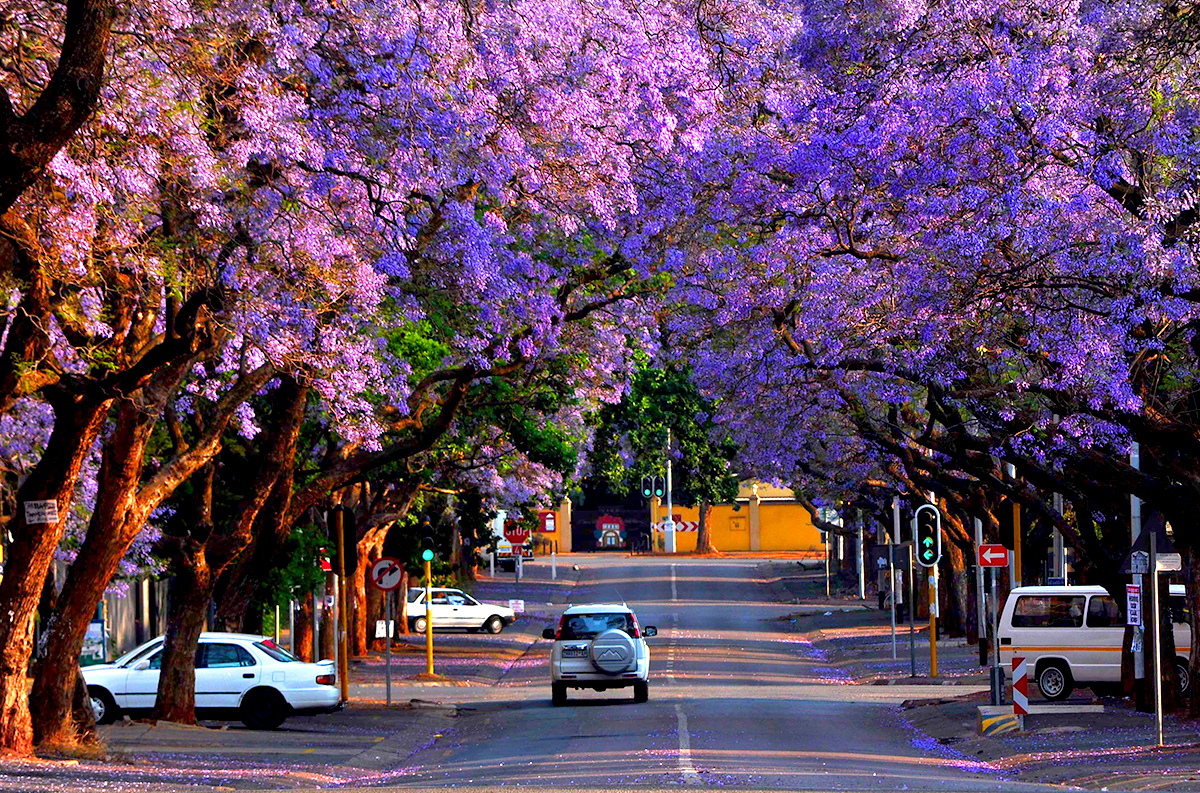