Discover the Most Enchanting Villages of La Rioja Alta (Part One)

When you think of La Rioja Alta, it is impossible to overlook its wine culture and its hundreds of wine cellars. You simply can’t. But this region, the most touristy of the community, is so much more than just wine. And today, we’re going to take a tour of the most stunning villages in La Rioja Alta and explore the most eye-popping landscapes where you’re sure to experience unforgettable adventures!

I’m not an expert in wine tasting, but I know what I like. Although the temptation to spend a few days tasting wines from the cellar to the basement was great, I preferred to discover the landscapes and heritage jewels of Rioja Alta that are much more diverse than you might think. La Rioja Alta is a vast region, but today I’ll focus solely on Haro’s area in the community’s northwest. So you may miss towns such as Santo Domingo de la Calzada, Nájera, or San Millán de la Cogolla. Impossible to include everything! 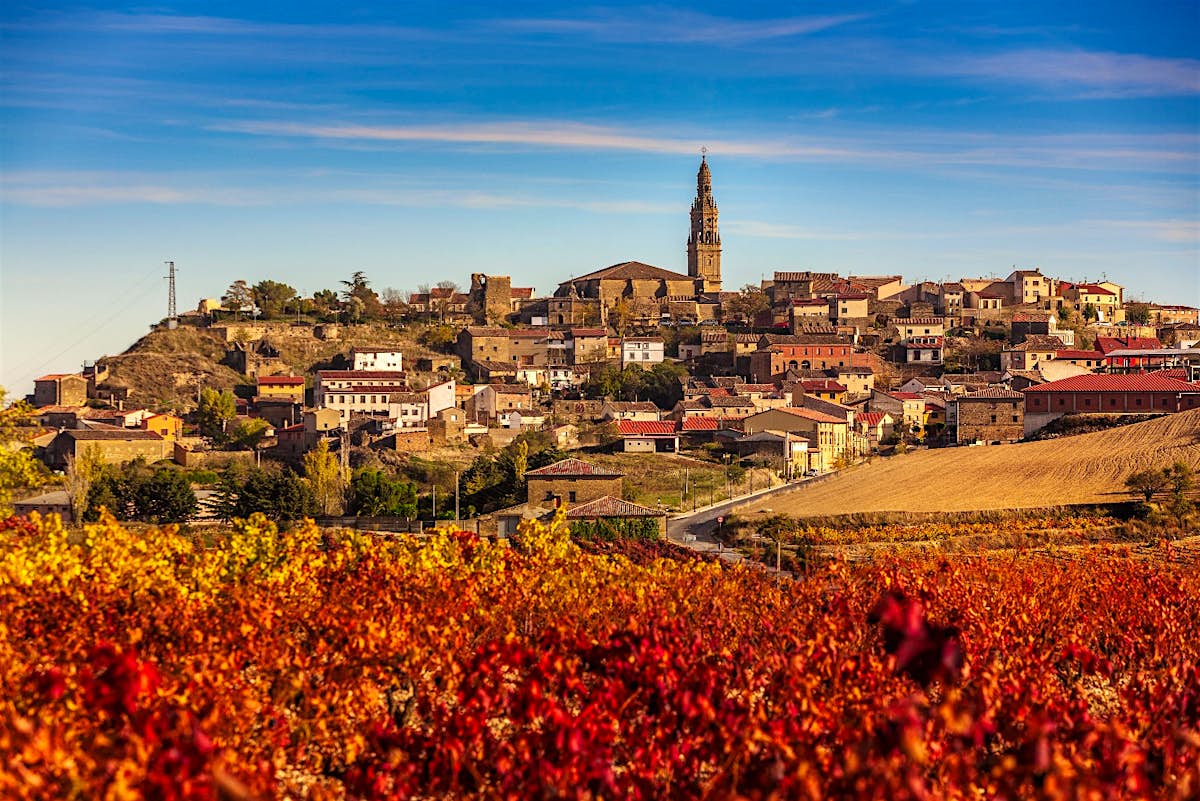 Without a doubt, Briones is one of the most picturesque cities of this region and the entire Riojan community. The profile of Briones is proudly displayed on a hill of 80 meters of altitude that makes it visible from several kilometers around. Strolling, through its alleys will definitely embark you into another era.

While visiting the emblazoned houses, the palaces, the magnificent church of Nuestra Señora de la Asunción, and the old fortress’s remains, you won’t notice how the hours go by. It’s said here that we can see what is considered the oldest house in La Rioja. It dates from the 16th century and highlights an outstanding corner, the Plaza de España.

At the northern foot of the city, the River Ebro flows among hundreds of vineyards, drawing a spectacular meander. Thanks to its location, this city offers unforgettable views. Briones itself is one of the best viewpoints in the region. Take time and admire the breathtaking views from the Calle Cerca, next to the castle’s remains. 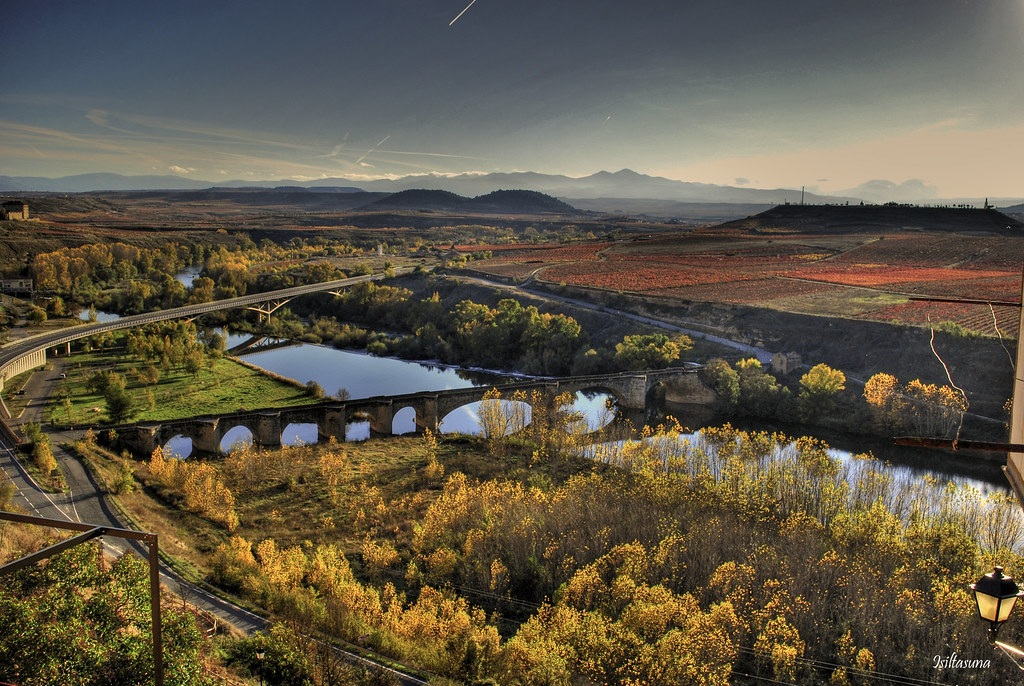 We only traveled 4 kilometers to meet another Rioja beauty. Also, on the Ebro river banks and surrounded by vast vineyard fields, San Vicente de la Sonsierra is a town that exudes romanticism.

Perhaps it is due to the predominance of vine growing. Here we have the most extensive vineyard fields in all of La Rioja Alta, probably because of its excellent medieval historic center. There are many reasons, but what is clear is that it is one of the most beautiful towns in La Rioja.

We have two essential points of visit. On the one hand, you have to ascend from the Plaza Mayor, full of bars and terraces, to the monumental walled complex. Here the church of Santa María La Mayor is the main protagonist, along with the old fortress’s remains. After observing the impressive medieval bridge from above, you will want to descend there—a structure from the 13th century with nine eyes from which beautiful views of San Vicente are obtained.

Everything in Haro, the authentic capital of Rioja, has a taste for wine. Just take a walk around the Barrio de la Estación to get an idea of the meaning of the Rioja Denomination of Origin here. An enclave with an incredible concentration of century-old wine cellars around the train station. You can improvise a little wine in almost all of them, but remember that you must book in advance for more in-depth visits.

The thirst for wine and oenological culture having been satisfied, we have settled in the city center. It is not as spectacular as the ones we have just visited, but it has a great wealth of heritage worth visiting. The large number of majestic palaces spread throughout the center’s different streets, such as the Condes de Haro or Tejada palaces, is striking.

Much of the vibrant life of Harense or Jarrera and the most impressive monuments are concentrated in the Plaza Mayor and the neighborhood known as La Herradura. Composed of several streets and squares, this village has the shape of a horseshoe. Here you’ll be spoilt for choice with the wide variety of tapas available at PintxoPote Tapas and Wine Bar, which you can discover at vermouth time or night. Choose for yourself!

The course of two rivers almost surrounds the town of Haro, the Tirón and, how could it be otherwise, the Ebro. Thanks to this, we can find many green and leisure areas. I found the place around the Briñas Bridge, near the Ebro, and the leisure area El Viano, near the Tirón River, incredibly cool.

We continue our route by road to our next destination, the beautiful town of Briñas. As an exceptional witness, with the Ebro river, it will not cost you to discover the charms of this small town in La Rioja.

The great tower of the Church of the Assumption will watch over us throughout the tour. A handful of streets full of stately homes, charming squares, and a viewpoint – the El Rollo viewpoint – dotted with chimneys from the most traditional wineries. These are some of the essentials of a town that oozes tradition and a lot of tranquility.

All roads lead to the Ebro. And never better said, many narrow streets lead us directly to the Ebro river banks. Here, in addition to enjoying the scenery and fauna, we have the option of taking a short hiking route called the Ebro trail.

Making a list of the most beautiful towns in La Rioja Alta is not easy, but I have squeezed my brain to give you all the details of a spectacular route through the Haro region. Stay tuned for the second part of this article coming up real soon!